Back in December, Starbucks (NASDAQ:SBUX) ex-CEO Howard Schultz made the statement that America was vastly "over-retailed," and that a huge correction was coming. He also noted that Starbucks was a unique, experiential brand that had invested early in digital initiatives long before others and would weather the storm to thrive in the future.

Schultz was prescient. The number of retail closings through April 6 has more than doubled since last year, and it is on pace to surpass the number of closings during the 2008 recession.

On its first-quarter earnings call, Starbucks showed that even it was not immune from the fallout. Same-store sales disappointed, just as they did on its fourth-quarter call. Still, the company pointed to several initiatives it is executing that should help the company rebound. Let's dig in. 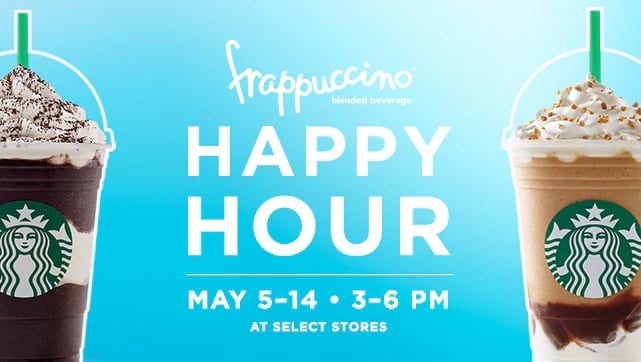 The casualty for Starbucks from the brick-and-mortar fallout was the Teavana segment, specifically those located in malls. Starbucks took an impairment charge on Teavana and highlighted 350 Teavana stores that it was putting on strategic review. The company did note that some Teavana stores remained strong (though a minority), and that Teavana sold in Starbucks stores had grown 10% in the quarter, driven by strength in Japan and China, and added one point of same-store sales.

Moreover, Starbucks' comps in the Americas came in at only 3%, below analysts' estimates of 3.6%. It stands to reason that even if Starbucks itself is performing better, if fewer people are out shopping or getting food, those "impulse buys" might dwindle. The company also lowered its full-year earnings guidance given the slow start to the year.

Still, all was not lost, as new CEO Kevin Johnson laid out a plan to combat the brick-and-mortar fallout. It basically has two broad elements: integrating a world-class mobile experience with its physical stores -- what the company calls the "digital flywheel" -- while also investing in upgrading the Starbucks in-store experience.

CEO Kevin Johnson pointed to some big wins for Starbucks in the digital arena in the quarter. First was the Starbucks rewards program, which grew its members 11% year over year (almost double the 6% overall sales growth). Including sales from unregistered gift cards, pre-paid rewards cards made up a huge 44% of all transactions. Active spend per member surged 8%.

Looking ahead, the company aims to utilize these rewards members for further initiatives in personalization, as well as giving members the ability to earn Starbucks points even outside of Starbucks stores. Finally, the company initiated a partnership with the all-powerful Tencent and its dominant WeChat platform in China, which management called "phenomenally successful." China same-store sales grew 7%, easily outpacing the rest of Starbucks' other regions.

Also on the digital front was mobile order-and-pay. As I wrote on the earnings preview, Starbucks is looking to fix the throughput problem it has when mobile orders pile up. Johnson was pleased with the progress the company was making on this front. The company completed "Wave One" of the fix, which included increased employee training, increased labor during peak hours, and other initiatives that led to improvement in March and April. Comps accelerated to 4% in these months.

Wave Two will consist of a new Digital Order Manager, a tablet-based device that will help baristas track incoming digital orders better and will notify customers when their order is ready on the Starbucks app. Wave three has to do with a new store design and equipment positioning to position stores better for mobile order and pay.

The second part of battling the brick-and-mortar blues is upgrading the store experience. The company is aiming to do this by 1) investing in its high-end Roasteries, and 2) upgrading its lunch daypart. For the Roasteries, the company is considering accelerating its investment in these high-end Starbucks shops, and that explained part of the lowered earnings guidance. The company hopes to reclaim its coffee authority. The company has six Roasteries under construction in Shanghai, New York, Milan, Tokyo, and Chicago.

For lunch, the company is currently rolling out its offerings, called Mercado, in 100 Chicago stores this quarter. Interest is so promising that the company is looking to roll out to another market later this year. The company is also introducing artisanal baked goods in its Roasteries under the brand Princi.

Starbucks is coming out of a trying time for brick-and-mortar retailers, but it definitely has a lot going for it. The company has weathered storms before, and I think these new initiatives have a good probability of success. Investors seem to as well, as the stock has recovered almost all of the losses it suffered immediately after earnings.