Please ensure Javascript is enabled for purposes of website accessibility
Log In Help Join The Motley Fool
Free Article
Join Nearly 1 Million Premium Members And Get More In-Depth Stock Guidance and Research
By Adam Levy – May 9, 2017 at 6:39AM

Snap will report earnings for the first time as a public company. Here's a breakdown of expectations.

Snap (SNAP -3.51%) will report its quarterly earnings for the first time as a publicly traded company on Wednesday after the market closes. It will be a chance to prove the skeptics wrong about its ability to grow users and revenue as well as show the potential for profitability in the business.

After some concerning trends highlighted in Snap's S-1 IPO filing with the SEC, including slowing Snapchat user growth and negative gross profit, Snap has a lot to prove. Here's what analysts expect and what investors should watch for when the company reports its first-quarter earnings. 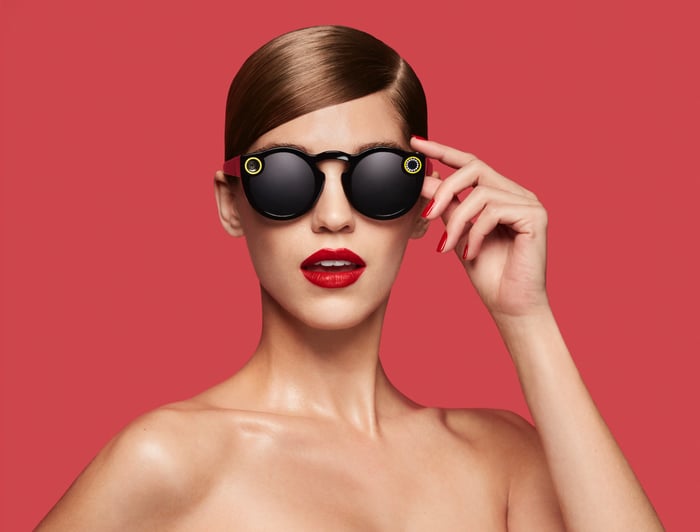 Snap is still in the very early stages of monetizing Snapchat. It started in the fourth quarter of 2014, and in its first full quarter of ad sales produced a minuscule $3.9 million in revenue. That grew nearly 10 times last year, and analysts expect year-over-year revenue growth of around four times again in the first quarter this year to reach $158.1 million.

But that's actually a sequential decline from the fourth quarter, when it posted $165.7 million in revenue. While a sequential decline in the first quarter isn't uncommon for ad-based businesses like Facebook (META -1.19%) or Twitter (TWTR), it's still early enough in Snapchat's life that it could grow faster.

To be sure, Snapchat's revenue is scaling very quickly -- much faster than Facebook and Twitter did at this stage. A sequential slowdown isn't damning by any means, but it does point to the skepticism analysts have and the challenge Snap is facing to grow users.

User growth will come under scrutiny

Snapchat has been showing signs of slowing user growth already, which can be a killer for social media companies -- just ask Twitter. The evidence of the slowdown coincides with Facebook's introduction of Instagram Stories. Facebook has since copied the format in each of its four major apps and announced that WhatsApp Status reached 175 million daily users within 10 weeks of launching last quarter.

Snap says the slowdown in user growth is because product updates in the first half of 2016 pulled user growth forward. It will have a chance to make its case again when it reports.

Analysts are expecting daily active user growth of 9 million to 10 million, which would give it 167 million to 168 million users total. Investors should expect the stock to swing wildly if Snap reports user growth outside of that range.

Watch for cost of revenue

Snapchat has yet to produce an annual gross profit as its server costs exceeded its revenue, but its revenue growth helped its sales exceed cost of revenue in the second half of 2016. Continued user growth and engagement could cause cost of revenue to continue climbing sequentially in the first quarter while Snap sees a decline in revenue, which would mean a return to negative gross margin.

But investors should keep an eye on how quickly cost of revenue grows. Snap just signed big contracts with its cloud computing partners with high minimum spends, which could cause cost of revenue to grow faster. It's committed at least $390 million to cloud spending for 2017 alone. For reference, total cost of revenue was $461 million in 2016.

If Snap is ever going to be profitable, it needs to show that its investments with cloud partners will pay off in the long run, providing an easier way to scale the product with more capital efficiency. If revenue and user growth exceed expectations, Snap's management will look like geniuses. If not, the big commitments it made could be a major drag on profits.