Please ensure Javascript is enabled for purposes of website accessibility
Log In Help Join The Motley Fool
Free Article Join Over 1 Million Premium Members And Get More In-Depth Stock Guidance and Research
By Travis Hoium - May 9, 2017 at 3:15PM

A strong outlook for 2017 was enough to overcome a weak quarter at Manitowoc Company Inc.

Shares of Manitowoc Company Inc. (MTW 0.27%) jumped as much as 16.2% in trading Tuesday after the company reported first-quarter earnings. As of 2:15 p.m. EDT shares were still trading 11.9% higher on the day. 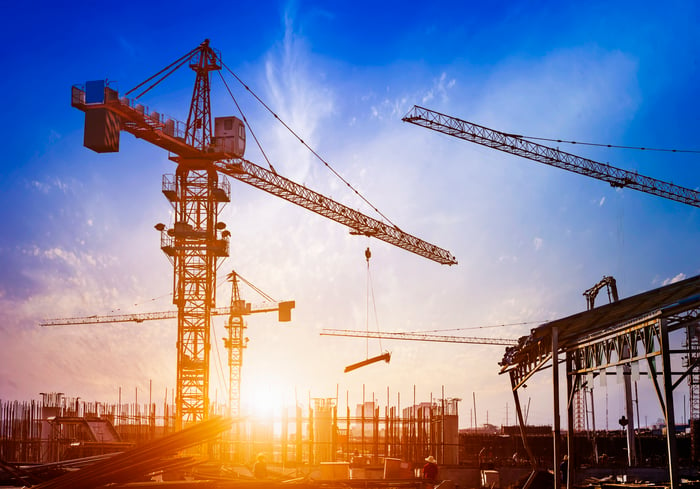 The jump in shares may be surprising given the loss and the fact that results didn't top expectations, but management did say that full-year revenue would be down just 8% to 10% and adjusted EBITDA (earnings before interest, taxes, depreciation, and amortization) would be $41 million to $59 million. Considering the decline in revenue in the first quarter and the negative EBITDA of $0.8 million, this implies a big improvement in finances for the rest of the year.

New products have been received well by the market, and backlog has jumped from $323.8 million at the end of 2016 to $506.3 million at the end of the first quarter. The worst of the year is likely behind us, and the next few quarters even have a chance at showing some growth. That relief was enough to push shares higher even without an earnings beat.

But with profits not expected to return until 2018, Manitowoc still has a long way to go to become a value stock on today's stock market.