Please ensure Javascript is enabled for purposes of website accessibility
Log In Help Join The Motley Fool
Free Article
Join Nearly 1 Million Premium Members And Get More In-Depth Stock Guidance and Research
By Neha Chamaria, Rich Duprey, and Keith Noonan – May 10, 2017 at 9:31AM

Astute investing is all about having an eye for detail and timing your stock purchases right. By timing, we don't mean timing the market, but ensuring that you don't miss an opportunity in a high-potential stock that has either lost favor with the market because of short-term hiccups or unfounded fears, or has attracted critics' attention because the stock has run too far even though it may have just started on a long-term bull run.

With the earnings season in full swing and stocks volatile, astute investors can dig up some great stocks today if they look around properly. Or simply look at these three stocks that our contributors believe are worth an astute investor's money right now: Carrols Restaurant Group (TAST 1.44%), PACCAR Inc. (PCAR -1.43%), and Adobe Systems (ADBE 1.34%).

A big fish that will likely get bigger 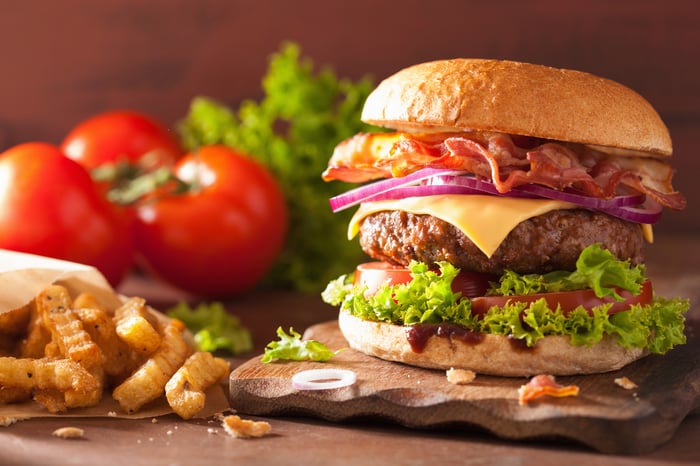 Carrols operates 790 restaurants, or more than 10% of Restaurant Brand International's (QSR -0.61%) total number of Burger King restaurants in the U.S. and Canada. As the biggest franchisee, it has benefited from growth the burger brand has enjoyed from delivering a consistent balance between value-oriented menu offerings and premium ones. Where rival McDonald's (MCD -0.82%) wandered in the wilderness trying to emulate fast-casual restaurants with kale bowls and the like, Burger King largely hewed closely to its wheelhouse of burgers and chicken sandwiches.

By spreading its costs over an ever-growing empire of restaurants, Carrols was able to leverage its size as a result. Since 2014, the franchisee has expanded its operations by more than 40% as it acquired some 234 restaurants. It can continue to grow even if times turn tough, as weaker franchisees might find themselves willing to sell to the heavyweight.

And there may be some opportunity coming up. Restaurant Brands International reported its first-quarter earnings recently and said same-store sales fell 0.1% in the quarter for the first time in years. Even when McDonald's was running up several years' worth of negative comps, Burger King was still positive. While the year-ago quarter had an extra selling day in it that accounted for the decline, it still underscores the weakness present. Although systemwide sales grew 6.2% to $4.47 billion, U.S. comps were down 2.2%.

That suggests Carrols could face some challenges. As the biggest franchisee in a virtually wholly franchised business, it's going to have a lot of say in the parent organization's operations. Yet that means any weakness exhibited in Carrols' stock should be considered an opportunity for investors.

The restaurant operator is planning to close some 20 to 25 underperforming restaurants this year while opening 15 news ones, which ought to boost overall performance. And a one-quarter blip doesn't indicate a trend. The burger battle has left Burger King, McDonald's, and Wendy's (WEN -1.56%) all jockeying for position, one that's seen Burger King come out on top more often than not. With Carrols Restaurant Group's stock trading at less than 15 times earnings and just a fraction of growth estimates that are expected to expand at a 25% annual clip, this is a growth stock astute investors may want to chow down on.

Ride your way to strong returns with this truck maker

Neha Chamaria (PACCAR): Activity in the North American trucking markets is picking up, improving the growth prospects for one of the world's leading truck makers PACCAR. The company, known for its Peterbilt, Kenworth, and DAF nameplates, confirmed the underlying strength in the market last month when it projected 10% higher truck deliveries for the second quarter, encouraged by the solid 40% jump in industry orders for heavy-duty Class 8 trucks in the U.S. during the first quarter. The European trucking market, where DAF has a strong foothold, also remains strong -- DAF cornered 15.7% of the market in the first quarter.

Going forward, PACCAR is confident that Peterbilt and Kenworth can maintain or even better their combined 2016 North American market share of 28.5% this year. Meanwhile, PACCAR is rapidly extending its in-house MX engines to its fleet, targeting 50% of its Peterbilt and Kenworth trucks to run on its own engines by the end of this year. So, on the one hand, PACCAR is growing its market share in a cyclical industry, while on the other, it is reducing reliance on third-party suppliers like Cummins for engines. I believe that's a win-win approach to growth and sustainable revenue in the future. 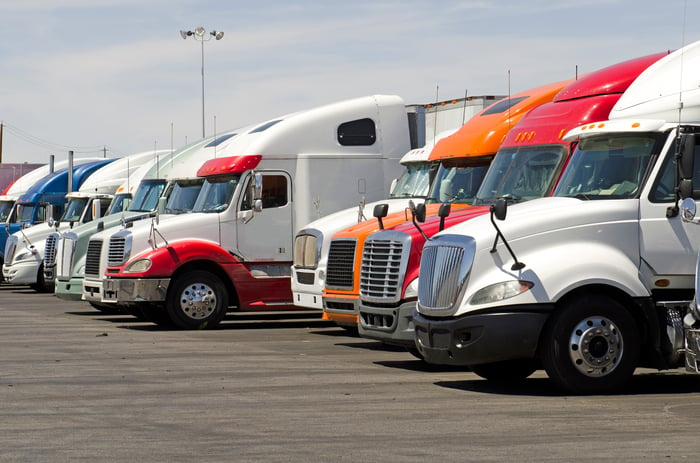 PACCAR shares might have rallied 19% in the past six months, but at 16 times trailing earnings, the stock is not only substantially cheaper than the industry average but is also well below its five-year average P/E. When I'm looking at a stock for potential investment, I also pay close heed to its returns on invested capital and equity. PACCAR's five-year average ROIC of 13% and average ROE of 18% tell me that astute investors might be able to unlock good value from the stock in the long run.

This design leader is looking at strong tailwinds

Keith Noonan (Adobe Systems): Shares of design software leader Adobe Systems have gained more than 40% over the last year and the company trades at roughly 34 times forward earnings estimates, but it's still a stock that has the ingredients to be a winner for growth-focused investors. Most known for its Photoshop software, Adobe is in the later stages of a successful transition to a subscription-based model, and growth for the company's recurring revenue streams looks poised to continue lifting profitability. Last quarter saw the company's subscription sales grow 29% year over year while operating income increased 52% and net income increased 57%.

Its dominance in visual design software means that Adobe is in a position to continue benefiting from growth in mobile advertising, but it isn't resting on this tailwind or momentum created by its transition to a service-based model and is instead investing in innovation to stay at the forefront of its field.

Adobe is making a push into artificial intelligence and analytics with the development of a virtual assistant for use with its suite of cloud software applications and recently partnered to make its Sensei assistant compatible with aspects of Microsoft's Cortana and Amazon's Alexa platforms. Virtual reality and augmented reality present another big opportunity, with research firm DigiCapital estimating that the combined market for these emerging technologies will reach roughly $108 billion by 2021. Adobe's leading position in 3D design software means that the company is likely to play a big role in content creation for these emerging mediums.

With its leading design, marketing, and product management software paving the way for continued recurring revenue gains and the potential to benefit from new technologies including AI, analytics, and VR and AR, Adobe looks like a good pick for investors on the hunt for growth.