Truck units and revenue were down overall, but there were some bright spots that offer a clue that the coming quarters could start to pick up for the truck maker.

Truck maker PACCAR Inc. (PCAR -1.43%) reported first quarter results on April 25, and announced that, for yet another quarter, revenue, adjusted earnings, and truck deliveries came in lower than the year before. Yet even with the results still slowing in a down part of the economic cycle for truck sales in North America, there were some bright spots, as well as some indication that business could start picking up as soon as the second quarter.

Keep reading below for a closer look at PACCAR's financial and operating results, as well as what to expect going forward. 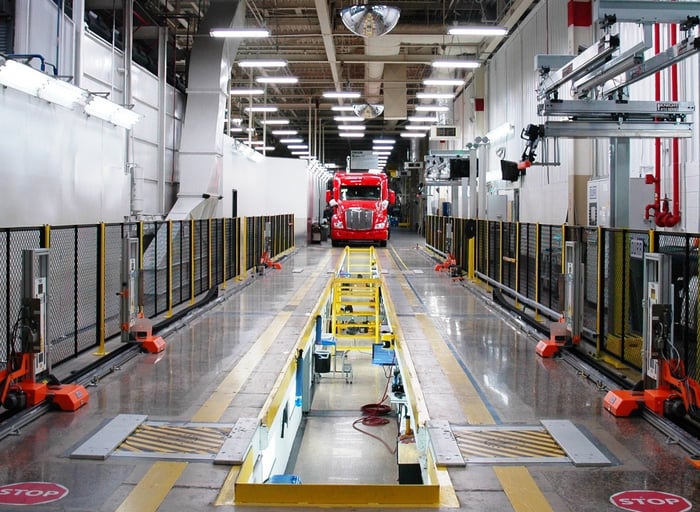 Total revenue came in nearly flat, but revenue from the sale of trucks was down 4% in the quarter, while parts sales were up 9% and financial services revenue was up 4.4%.

Truck deliveries were nearly flat on a global basis, at 35,000 in the quarter versus 35,300 one year ago. Truck deliveries fell more than 8% in North America to 17,000, but were up 6% in Europe, as the North American market goes through a cycle of weak demand, while total truck sales in Europe are expected to be stronger this year than 2016.

However, there are some signs that truck sales in North America may have bottomed out, at least in the near term. PACCAR said that North American orders of class 8 heavy-duty trucks were up 40% in the first quarter, and that the company's Peterbilt and Kenworth brands captured 32% of those orders. For comparison, the company reported it captured 28.5% of orders in the fourth quarter of 2016. For the full year, the company expects between 190,000-220,000 total class 8 trucks to be sold in North America in 2017. 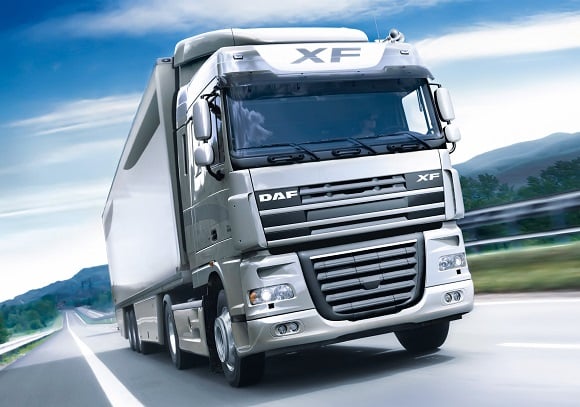 The European truck market continues to perform well, as it has in the past several years. DAF -- PACCAR's European brand -- saw truck orders increase 12% in the first quarter, capturing 15.7% of the market year to date. The company expects total European heavy-duty truck sales between 270,000-300,000 for the full year.

So while the U.S. market is improving, it's still expected to be down from 2016, while sales in Europe continue to grow. In both markets, PACCAR continues expanding its share of the market with its trucks, which are renowned for their reliability, quality, and fuel efficiency.

PACCAR continues to report strong growth from its parts segment, which generated its highest-ever pre-tax profits in the quarter. Management is investing in expanding capacity there, adding more space in two facilities over the next year in order to support 3%-5% annual growth in this business.

PACCAR is also devoting substantial capital to enhancing its manufacturing and parts capabilities this year, with plans to spend $375 million to $425 million this year in capex, and $250 million to $280 million in operating expenses related to R&D.

Add it all up, and PACCAR continues to gain market share, even as the cyclical nature of truck sales make for a mixed overall top- and bottom-line result. The company can't control the overall market, but management has made the company a market-beating investment for the long term, by focusing on building best-in-class trucks, leveraging its operating structure, and keeping a strong balance sheet.

There will always be cyclical ups and downs, but PACCAR continues to be positioned as the best truckmaker for long-term investors.