Please ensure Javascript is enabled for purposes of website accessibility
Log In Help Join The Motley Fool
Free Article Join Over 1 Million Premium Members And Get More In-Depth Stock Guidance and Research
By Keith Speights – May 10, 2017 at 4:21PM

As of April 13, 2017, more than 10.4 million shares of Insys Therapeutics (INSY) were sold short. That's 44% of the marijuana stock's float. Investors have clearly bet big against Insys, anticipating that the stock will sink.

However, that pessimism could be very short-sighted (pun fully intended). Here's why investors betting against Insys are wrong about the marijuana stock's prospects. 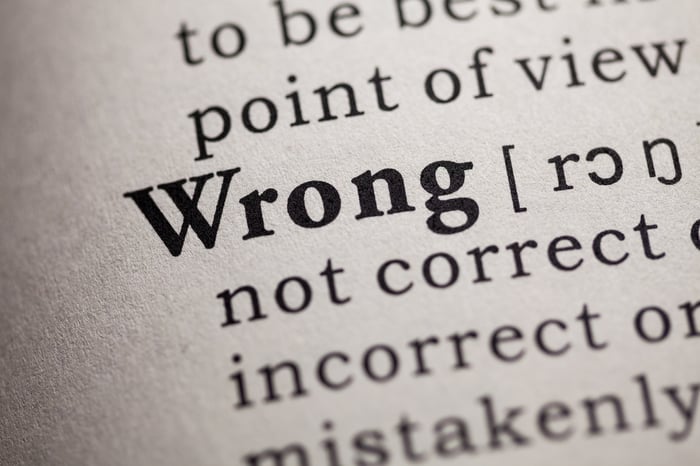 Some short-sellers might have been counting on federal and state probes into Insys' sales and marketing practices related to opioid breakthrough cancer pain drug Subsys. Insys is being investigated for marketing and selling the drug beyond what its label allows.

It's possible, though, that the most significant of these investigations, the U.S. Department of Justice probe, could be over in the foreseeable future. New Insys CEO Saeed Motahari said on the company's first-quarter earnings conference call on Tuesday that Insys is working closely with the Justice Department to resolve the probe and improve its compliance with all applicable laws. Motahari said that Insys "remains highly committed to resolving these matters."

No smoking gun with internal review

Insys' long-awaited scheduling of cannabinoid drug Syndros by the U.S. Drug Enforcement Agency in March was overshadowed somewhat by an internal review that caused the company to delay filing its annual report for 2016 with the Securities and Exchange Commission. Some short-sellers likely hoped for a smoking gun to be found in that review. That didn't happen.

The annual report for 2016 was filed a few weeks after Insys announced the delay. As for the internal review, it focused on processes related to estimation of, and increases to, certain sales allowances recorded during 2016. The company's audit committee determined there were some miscalculations of rebate obligation on government payer and managed care contracts. Insys also found that some stock option expenses recorded in the first quarter of 2016 should be applied to the fourth quarter of 2015. As a result, Insys restated financial statements for several quarters in 2015 and 2016.

But that was all there was to the story. Insys' board of directors didn't report any more serious concerns. It appears that this issue has now been put to rest.

I wouldn't expect Insys' issues with Subsys to disappear entirely. Concerns over the national epidemic of opioid abuse seem likely to continue impacting sales of the breakthrough pain drug. However, Insys saw some signs of stabilization in prescriptions for Subsys in the first quarter. Also, the potential for Syndros appears to be significant enough to allow Insys to more than overcome the revenue decline from Subsys.

It's important to how Syndros compares with AbbVie's (ABBV -0.14%) Marinol. Both drugs have the same active ingredient, tetrahydrocannabinol (THC), which is a naturally occurring component of marijuana. Marinol, however, uses a synthetic form of THC, while Syndros is made from THC from marijuana. The big advantage for Syndros, though, is that it is a liquid rather than pill. Unlike a pill, the dosage can be titrated as needed.

Piper Jaffray analyst David Amsellem projects peak annual sales for Syndros of $300 million to $400 million. That doesn't seem unrealistic considering the differentiation the drug has versus Marinol. Even at the low end of that range, Insys stock should have plenty of upward potential.

Over the long run

One of the hottest names among marijuana stocks, GW Pharmaceuticals (GWPH), could be given a run for its money down the road by Insys. GW anticipates filing for regulatory approval of its cannabidiol product, Epidiolex, soon for treating Dravet syndrome and Lennox-Gastaut syndrome (LGS). Insys has plans to evaluate its own cannabidiol product in late-stage clinical studies targeting the same indications. Both studies are scheduled to wrap up next year.

Short-sellers probably began to worry with Insys stock rising following news that the company hoped to work with the Justice Department to reach a resolution of the current probe. With solid prospects for Syndros and a promising pipeline, I think investors betting against Insys will be proved wrong over the long run -- and perhaps over the short run, too.