Please ensure Javascript is enabled for purposes of website accessibility
Free Article Join Over 1 Million Premium Members And Get More In-Depth Stock Guidance and Research
By Daniel Miller - May 10, 2017 at 4:04PM

Vitamin Shoppe was just the latest retailer to post a big earnings miss and declining same-store sales. But the news goes from bad to worse when e-commerce is factored in.

If investors had a nickel for every disappointing earnings result from a retailer over the past year, we wouldn't need the stock market to create wealth. Shares of Vitamin Shoppe Inc. ( VSI ), a specialty retailer and contract manufacturer of vitamins and minerals, supplements, herbs, among many other products, plunged Wednesday -- down by 32.5% at 4 p.m. EDT -- after the company reported a worse-than-expected first quarter.

Vitamin Shoppe generated revenue of $316.9 million in Q1, which was below analysts' estimates calling for $326.7 million, per Thomson Reuters, and below Q1 2016's revenue of $336.8 million. The result was driven by a 6.3% decline in comparable-store sales.

Unfortunately for investors, the disappointment didn't end there. Management reported that net income checked in at $0.35 per share, and adjusted for non-recurring costs, earnings were $0.37 per share. That's well below the consensus estimate for $0.58 per share, as well as its prior-year performance of $0.67 earnings per share. 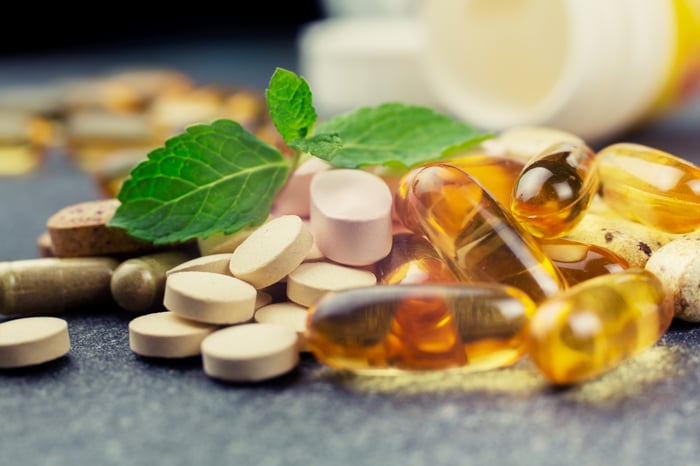 Our overall performance in the quarter was disappointing due to lower comparable sales and ongoing challenges at Nutri-Force. Total comps were down 6.3% in the first quarter, primarily driven by an intensifying promotional environment in the Sports category, a trend that has continued into the second quarter. In addition, as expected, comps were negatively impacted from the cycling of changes implemented to our loyalty program last year. These events were partially offset by a solid performance in our core Vitamin Mineral Supplements business which continues to drive a significant portion of our profits.

This is another case of a brick-and-mortar retailer struggling, but what's even more worrisome is that comparable sales for its vitaminshoppe.com e-commerce site were down even worse than its stores, with a 9.1% decline. Until management proves it can turn around comparable-store sales, the focus will continue to be on major cost-reduction initiatives. The company believes its new strategies to better retain customers with its loyalty programs will begin to have an impact on its business during the second half of 2017 -- but as things currently stand, it's not surprising to see investors bailing out of the stock.

GNC Holdings Inc. Vs. Vitamin Shoppe, Inc.: What Investors Need To Know About Their Latest Results