Shares of Vitamin Shoppe (NYSE:VSI) recently surged after the health supplements retailer posted its fourth-quarter earnings. Its revenue fell 5% annually to $248.5 million, which missed estimates by about $5 million. Its total comparable sales fell 4.7%, with its in-store comps and digital comps falling 5.4% and 0.1%, respectively.

On the bottom line, Vitamin Shoppe posted an adjusted loss of $0.19 per share from its continuing operations, which beat expectations by a dime but marked a steep decline from its earnings of $0.02 per share in the prior year quarter. 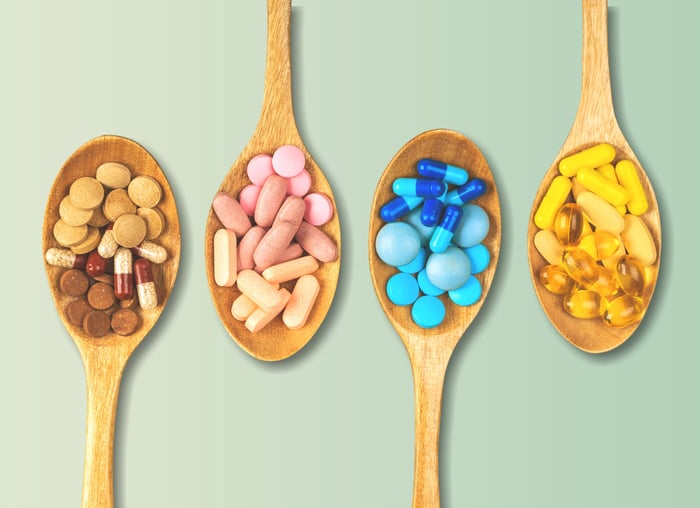 Vitamin Shoppe's headline numbers look mediocre, so why did the stock rally more than 20% after the report? Could this beaten-down stock, which remains down about 50% over the past six months, actually be reaching an inflection point?

What happened to Vitamin Shoppe?

Vitamin Shoppe and its main rival GNC (NYSE:GNC) once dominated the health supplements market. However, superstores, warehouse retailers, and e-tailers all started selling the same products and rendering both stand-alone retailers obsolete. To make matters worse, a series of lawsuits against GNC and Vitamin Shoppe, which questioned the efficacy of their products, tarnished their reputations.

Those efforts stabilized Vitamin Shoppe's gross margins (which are roughly in line with GNC's), but its comps continued to decline:

Vitamin Shoppe expects to cut its brick-and-mortar presence of 774 stores by 60 to 80 locations over the next two to three years, but it also plans to open about ten new locations in 2019. It also recently signed an agreement with the U.S. Navy to distribute its full line of private-label products at 30 of its stores. 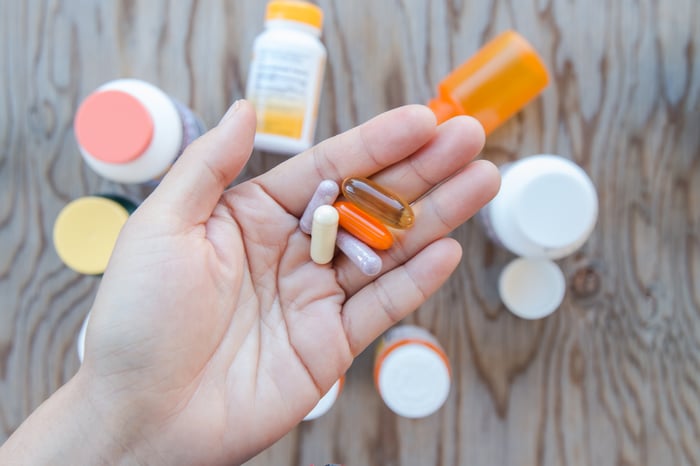 Analysts expect Vitamin Shoppe's revenue to dip less than 1% this year, and for its earnings from continuing operations to rise 12% as its margins stabilize. Those numbers are unimpressive, but they compare favorably to Wall Street's outlook for GNC, which is expected to post negative sales and earnings growth in fiscal 2019.

At $7, Vitamin Shoppe's stock trades at 37 times this year's earnings estimate, which is much higher than GNC's forward P/E of 8. Vitamin Shoppe might trade at a higher P/E multiple than GNC because investors are more optimistic about its growth prospects, but that premium is arguably too high.

Nearly 20% of Vitamin Shoppe's shares were being shorted as of Feb. 11, and its expanding gross margin, bottom line beat, and new Navy deal seemingly convinced a lot of shorts to cover their positions. Therefore, Vitamin Shoppe's post-earnings rally was likely sparked by a short squeeze instead of long-term confidence in the company's fundamentals.

Don't call this a turnaround yet

Vitamin Shoppe's business is stabilizing, but I wouldn't call it a turnaround play just yet. Superstores, warehouse retailers, and e-tailers will keep luring shoppers away from Vitamin Shoppe and GNC, and its nearly flat digital comps growth indicates that it isn't gaining new online shoppers. For now, investors should avoid Vitamin Shoppe until it posts a few more quarters of stable growth and its valuations cool off.