Please ensure Javascript is enabled for purposes of website accessibility
Log In Help Join The Motley Fool
Free Article
Join Nearly 1 Million Premium Members And Get More In-Depth Stock Guidance and Research
By George Budwell – May 10, 2017 at 8:05AM

According to data from S&P Global Market Intelligence, Gilead Sciences (GILD 3.82%) stock gained only 0.98% in April, despite the rest of the industry having yet another fairly strong month. The iShares Nasdaq Biotechnology Index (IBB -0.42%), for instance, gained 2.29% last month. 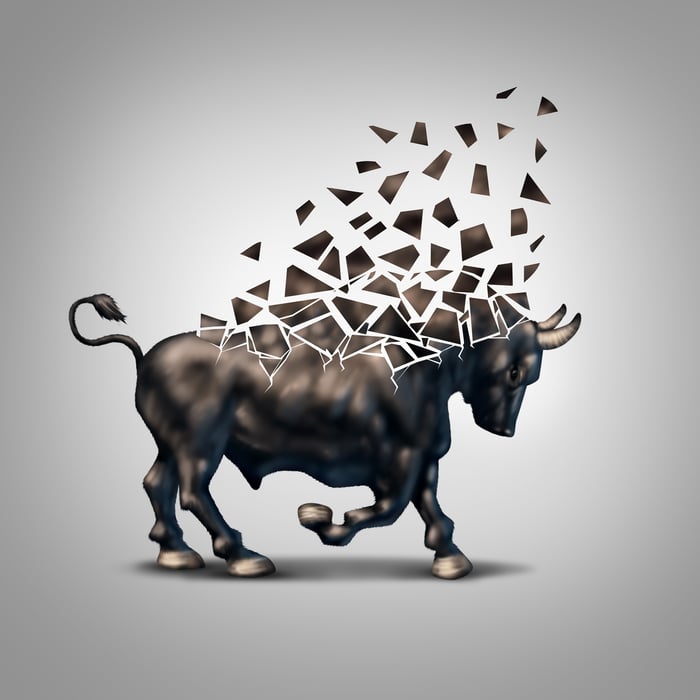 Gilead's stock has so far failed to take part in the broader biotech rally this year due to a continually worsening outlook for its hepatitis C franchise. In the first quarter of this year, for example, the company missed consensus estimates on revenue by $126 million because of its plummeting hepatitis C product sales both domestically and abroad. As a result, Gilead's stock has now lost over 7% this year, while the iShares Nasdaq Biotechnology Index has rallied by more than 10%: 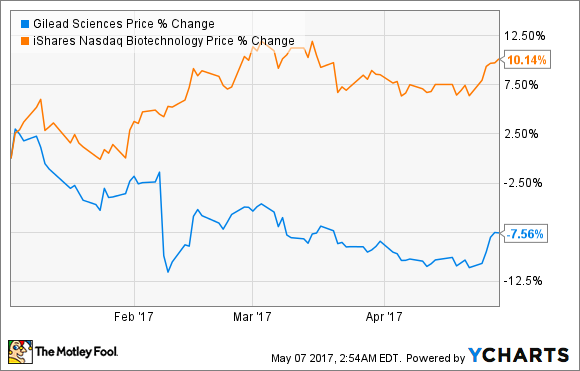 Unfortunately, Gilead's hepatitis C revenue could take another major hit later this year if AbbVie's (ABBV 0.25%) new once-daily pan-genotype hepatitis C therapy gets a green light from the FDA. The short version of the story is that AbbVie's glecaprevir/pibrentasvir, or G/P for short, is currently under priority review with the FDA, meaning that it could hit the market before year's end.

Unlike the slew of other would-be competitors in the past, this experimental drug is actually significant threat to Gilead's hepatitis C trio of Harvoni, Sovaldi, and Epclusa because it offers shorter treatment times across a range of genotypes. And besides lowering the average treatment duration, AbbVie's G/P could also trigger another round of discounts across the spectrum of next-generation hepatitis C drugs at the behest of payers.

Bottom line: Gilead's going to remain under significant pressure until it fixes its top line via an acquisition. And until that day comes, this stock will almost certainly continue to diverge from the rest of the surging biotech industry.