Please ensure Javascript is enabled for purposes of website accessibility
Log In Help Join The Motley Fool
Free Article Join Over 1 Million Premium Members And Get More In-Depth Stock Guidance and Research
By Ashraf Eassa - May 11, 2017 at 8:30AM

EA's new game is performing well, something that could help boost the performance of the company's upcoming "Battlefront II" game in the market. 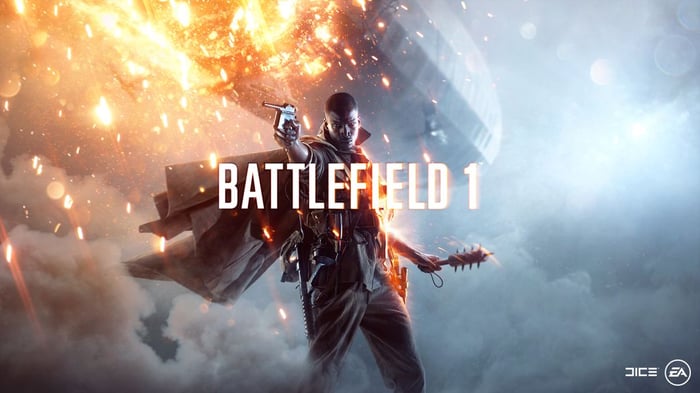 He also said that the "unique player base of Battlefield 1 is more than 50% larger than that of Battlefield 4 in its comparable launch quarter," noting that "more than a third of the players being new to the franchise or new to [Electronic Arts]."

On Electronic Arts' May 9 earnings call, management provided an update on Battlefield 1's commercial progress. And, perhaps unsurprisingly, the news is good.

"Battlefield 1 continued its outstanding start, with more than 19 million players joining the game through the end of [fiscal year] 2017," Wilson said.

The executive also noted that this figure represented "a 50% increase over Battlefield 4 in the same period from launch."

Wilson also said the company's "community of Battlefield fans is growing as new players join loyal franchise fans, driving engagement and player satisfaction levels to be among the highest in [Electronic Arts'] portfolio."

To try to keep the momentum up, Electronic Arts says it's planning to introduce additional content for Battlefield 1, with Wilson noting that "every Battlefield 1 player will have more ways to play throughout the year, with continual game updates, new maps, and three more expansion packs adding new armies, regions, and battlegrounds available to the whole community." 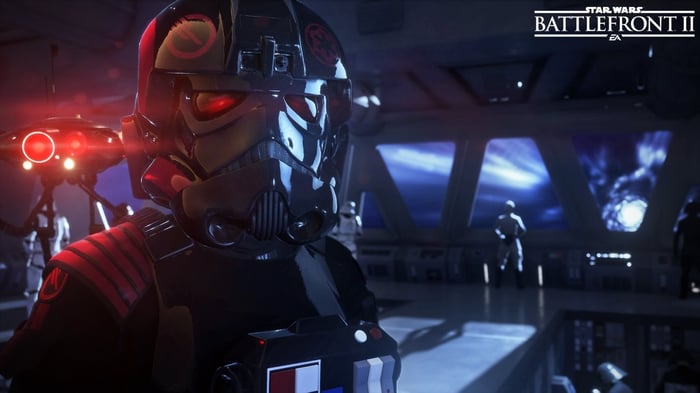 According to Wilson, Battlefront II "will have more than three times the content of the previous game at launch, with a brand-new story, a new single-player campaign, new modes, characters, vehicles, and planets from all eras in the Star Wars universe, as well as a live service plan that will continue to add even more fun for the global community."

"Out aspirations are clearly to sell more," Jorgensen said. "We think this will appeal to not just the broad Star Wars fan base, but also to the deep, heavily engaged Battlefield fan base and the Battlefront fan base."

Although time will tell how Battlefront II ultimately does in the marketplace, I do think Jorgensen made a good point that Battlefront II will potentially appeal to the Battlefield 1 player base. Both Battlefront and Battlefield are first-person-shooter games, so the intersection of the sets of customers interested in each series is probably substantial -- something that could help boost Battlefront II sales.

Star Wars Battlefront II is expected to launch on Nov. 17, so by the time Electronic Arts' late January/early February earnings call rolls around, investors should have a reasonable idea of the title's reception in the marketplace.