Tiny defense contractor Sparton Corporation (NYSE: SPA) -- the U.S. Navy's preferred provider of sonobuoys used to track hostile submarines -- shed 7% of its market capitalization on Wednesday after reporting earnings after close of trading Tuesday. What was it, though, that upset investors so much about Tuesday's results? 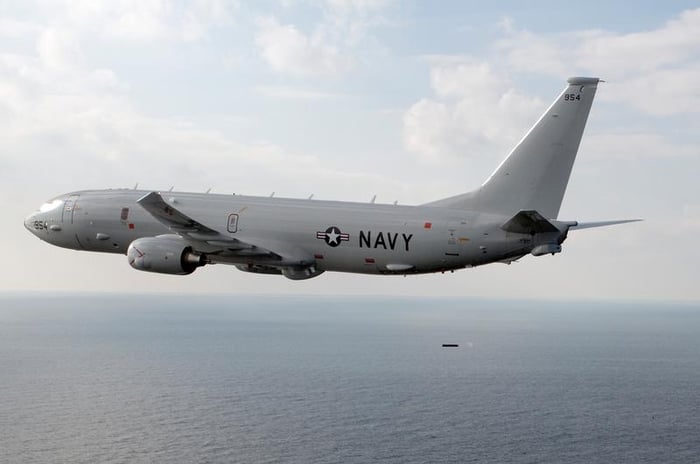 Reporting on its fiscal third-quarter 2017 results, Sparton advised that:

These were not good results, and Sparton's interim CEO, Joseph Hartnett, made no bones about that: "We are not satisfied with the quarter's results," said Hartnett, blaming "unexpected delays in a couple of customer programs" in the company's military and industrial businesses for the shortfall in sales.

Nevertheless, Sparton is hoping to bounce back somewhat in the fourth quarter, guiding investors to expect sales of between $97 million and $101 million in the company's fourth and final quarter of its fiscal year, with gross margins improving somewhat into the 18% range.

Given that we're now nearly halfway through Sparton's Q4, one would think management probably has a good view of how the quarter is playing out -- and that could be a problem. Here's why:

Assuming its projections prove correct, Sparton should end this year with about $392 million in total sales. Unfortunately, that would work out to a sales decline of 6.4% for the full year -- nearly as bad as the third-quarter results that sparked this week's sell-off. Worse, Sparton seems likely to compound that revenue decline by posting weaker profit margins.

Look at it this way: Last year, $419 million in sales at 19% gross margins yielded only $13 million in operating profit for Sparton. By my calculations, $27 million less revenue, at lower profit margins, could easily slice a further $10 million off Sparton's operating profit. Thus, while most Wall Street analysts are still holding out hope that Sparton will earn $1 a share or so this year, I see it as very likely the company will fall short of that goal.

It's little wonder, then, that investors are heading for the exits at Sparton this week. What's more interesting is that Sparton management seems to be looking for an "out" as well. As the press release noted, Sparton is currently in the process of "exploring a possible sale of the Company." And I have to say that, although Sparton's lack of profits and declining sales make the stock look pretty unattractive as is, its stock does sell for a much lower price-to-sales ratio than is ordinarily found in the defense sector. In fact, with its price-to-sales ratio at less than 0.5, I see plenty of room for a would-be acquirer to pay a premium for Sparton and still come out ahead on the deal.

While "there can be no assurance that such a sale will occur," absorbing Sparton into a larger defense contractor just might be the best solution for this business -- and for its investors as well.