Carbonite Inc. (NASDAQ:CARB) acquired Double-Take Software in January of this year. As a user of Carbonite's automated backup product, the purchase intrigued me and I wanted to take a look at whether the stock would make a good investment. When I began to look into it and found that the stock had doubled in the past 12 months, my curiosity was piqued, and my research began. 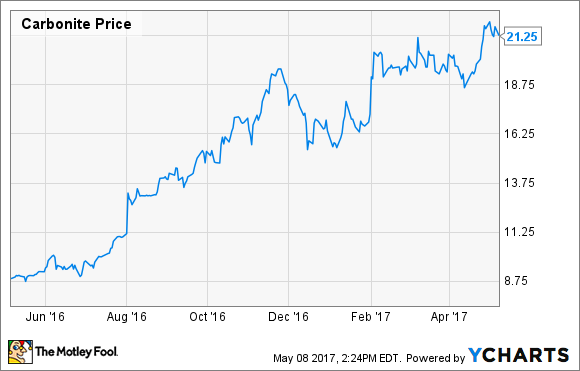 Carbonite makes an automated backup solution that is sold to consumers, like me, as well as to small to medium-sized businesses (SMBs). If Murphy's Law strikes and data is lost, it can typically be recovered in a matter of hours. For some, taking a few hours to do a data recovery is not a major problem. There are many businesses, though, that need to have a near real-time recovery solution to keep the business up and running when a data loss occurs.

To solve this problem of near-time recovery, Carbonite offers a hybrid solution that consists of a hardware backup product for the more urgently needed files, and cloud backup for files that would not need instant recovery if data was temporarily disrupted.

By buying Double-Take, Carbonite acquires a fully cloud-based near-time backup solution. This should expand Carbonite's business beyond businesses that were not interested in a hybrid solution, or customers who may want to upgrade to a completely cloud-based backup solution and ditch the hardware associated with the hybrid product. It also provides it with a much larger selection of products customers can use for system migration and real-time application and data replication. 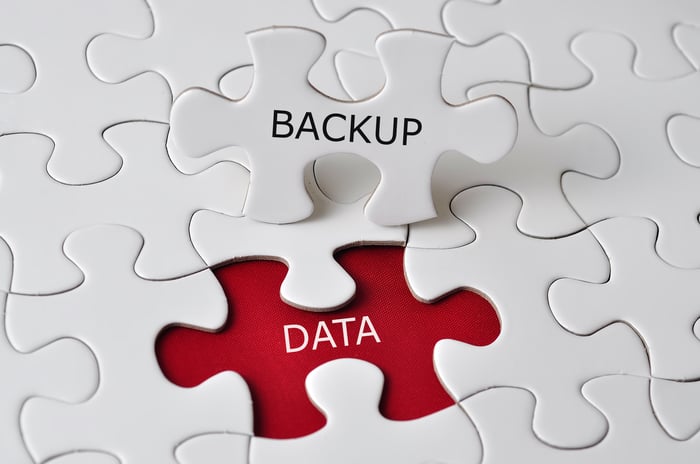 Why did the stock more than double?

In December 2015, Carbonite announced it was buying a product line called EVault from Seagate Technology PLC to help the company expand its hybrid backup business in the SMB market. The company paid $14 million in cash and said the deal would be accretive in one year and double the addressable SMB market for the company. Carbonite then went on to have a banner year in 2016, growing its SMB business bookings by 128%, as is shown in the table below.

Will this company double again?

Although the acquisition of Double-Take looks like a good strategic fit, it cost the company $65.5 million, a lot more than EVault, and does not appear to have a similarly immediate impact on growth in 2017. The chart below shows management's earnings guidance for 2017 along with the contribution from the Double-Take acquisition.

When the growth attributed to the Double-Take acquisition is removed from the guidance, it is worth noting that the company is guiding to 10% adjusted earnings growth. This tells us the growth from buying EVault is not going to repeat itself and its addition to Carbonite made for easy comparisons on a YOY basis in 2016.

The bookings guidance is even more revealing as it shows the target SMB market only growing at 12% YOY without Double-Take and 32% including Double-Take. This is much less than the 128% SMB bookings growth the company experienced in 2016 after it bought EVault and as a result we cannot expect the same type of increase in the stock's price that occurred last year.

It is quite possible that the Double-Take solution may allow the company to exceed its own expectations for growth. In addition, I want to see if Carbonite achieves synergistic cost reductions from integrating the two companies. This would be shown as greater operational efficiency.

The chart below shows that the company has been achieving success in this area, with costs coming down as a percentage of revenue prior to the Double-Take acquisition. 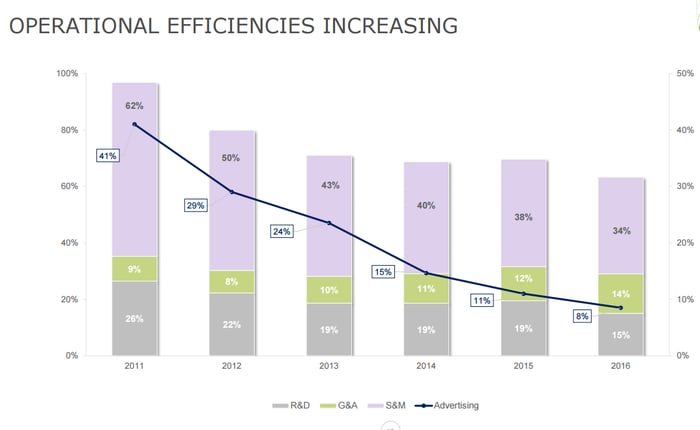 In light of the slowing rate of growth in the company's SMB business, I'll pass on the stock for now and will continue to monitor the company to see if it realizes higher growth than management is projecting. The possibility of improved operational efficiency could also translate into greater-than-expected profits, which may result in the stock going higher.

I like the company's product and its strategic direction, but for now, it remains on my watchlist.