Please ensure Javascript is enabled for purposes of website accessibility
Free Article Join Over 1 Million Premium Members And Get More In-Depth Stock Guidance and Research
By Billy Duberstein - May 12, 2017 at 11:54AM

Chipotle stock is up 30% since November.

"Time is the friend of the wonderful business," Warren Buffett once said. He also once quipped, "The best thing that happens to us is when a great company gets into temporary trouble. ... We want to buy them when they're on the operating table." At The Motley Fool, we stress this long-term orientation and seek quality companies to hold for years.

Perhaps no company today exemplifies the advantage of this better than Chipotle Mexican Grill ( CMG -2.07% ). There are no doubt some who never believed in Chipotle, or that it had any advantages beyond the fickle nature of consumer tastes. But the company was founded in 1993, has been publicly traded since 2006, and posted high growth, profitability, and excellent unit economics up until its food-safety issues in 2015. To think that it was a fad seems far-fetched.

The company took a beating in the wake of 2015's food-safety woes, shedding half its value at one point, but Chipotle displayed surprising upside in its recent earnings report, suggesting a recovery may be beginning. The company beat analyst estimates on both the top and bottom lines. All-important same-store sales numbers of up 17.8% beat analysts estimates of 15%, signalling better times ahead. While still far below all-time highs, the stock is up about 30% from its lows in November. 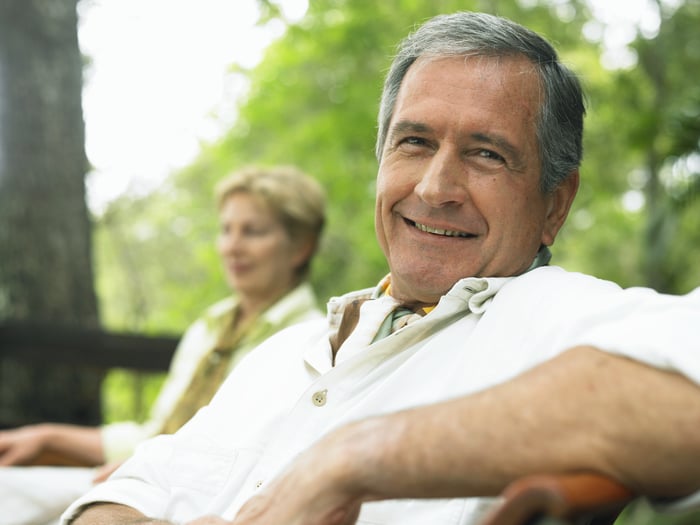 Bulls believe that Chipotle has competitive advantages. First, it is a well-known  brand, and even skeptics would concede it has excellent real estate.

The key advantage in my mind, however, is the limited number of ingredients on its menu, which gives the company a leg up ensuring those ingredients are fresh, organic, humanely raised, and fresh-cooked, yet sold at an affordable price. That's hard for other restaurants to replicate.

Still, when Chipotle reported same-store sales down 20.4% in 2016, that made even the strongest Chipotle fan wonder if the company could ever regain its former glory.

One of the largest and best-performing mutual funds, the Fidelity Contrafund, cut its stake in Chipotle by 21% last April, then 19% in August. The Reuters reports on these cuts did not provide a reason, but such news no doubt made investors nervous.

It's also interesting that Contrafund saw $8.3 billion in outflows in 2016, through November. It was not alone, as $288 billion was withdrawn from active funds last year, through November, as investments in stock index mutual funds and exchange-traded funds went up.

That means two things: One, large funds have to sell certain positions to redeem investors, and two, these funds are under ever-more scrutiny to deliver performance each and every quarter. Having an unpopular name in the portfolio once it has a bad quarter or year could be the kiss of death.

Moreover, the sell-side Wall Street analysts serving mutual funds and hedge funds generally share this short-term outlook, and give price targets looking out only one year. Trying to guess results and sentiment one year out is difficult, and analysts can disagree wildly. The lowest Chipotle target price is $240, and the highest is $564 -- that's quite a range. (Chipotle stock closed May 9 at $479.13.)

Interestingly, the highest target price for Chipotle is almost $200 below the company's 2015 high, meaning even the most bullish analysts can't bring themselves to price in a full recovery. That is because analysts model a certain metric, usually earnings per share or EBITDA (earnings before interest, taxes, depreciation, and amortization), then put a multiple on that number a year or two out. However, a multiple is only an estimate of a firm's value. The value of any asset, whether a stock, bond, or building, can be pegged to the future cash flows the asset will produce over its life, discounted back to the present. In that regard, one or two years don't actually factor that much into a company's intrinsic value, especially if they are "abnormal" years.

For instance, Piper Jaffray's Nicole Miller Regan is a Chipotle bull, saying it's"not a question of if, but when," Chipotle will recover. Still, last summer, Regan had a $590 price target based on 2017 EBITDA. Three months later, with the recovery progressing slower than expected, she lowered her target to $483.

While I agree with Miller Regan's bullish sentiment, the magnitude of her change in price target implied Chipotle would never return to normal, contradicting even her own positive long-term outlook. Foolish investors who follow analysts should keep in mind that price targets have a distinctly short-term time frame. That can yield opportunities for long-term investors who find great companies. As in Chipotle's case, for instance, those who held on are starting to see the rebound.