Netflix could struggle against ISPs, which are evolving into streaming media companies.

Shares of Netflix (NFLX 0.93%) have rallied 30% since the beginning of the year, fueled by the company's robust growth in subscribers, revenue, and earnings. Wall Street expects those good times to continue, with 28% sales growth and 144% earnings growth this year.

Netflix's strengths are easy to see -- it has an expanding lineup of critically acclaimed shows, its margins are improving as it relies less on licensed content, and its total paid subscribers rose 21% annually to 98.75 million last quarter. But investors should still be wary of one long-term threat which could throttle the growth of Netflix and other streaming platforms in the near future -- sponsored data. What is sponsored data?

"Sponsored data" refers to telecom companies like AT&T (T 1.06%) and Verizon (VZ 0.24%) exempting their own streaming content (or content from paid partners) from their own data caps. Critics claim that this strategy -- also known as "zero rating" -- violates net neutrality and gives ISPs an unfair advantage over streaming competitors if they evolve into media companies.

AT&T and Verizon have already been making big investments in sponsored data. AT&T zero-rated its own streaming content from DirecTV and U-verse, enabling subscribers of its wireless and pay TV bundles to watch videos on multiple devices without worrying about data costs. AT&T also plans to buy Time Warner (TWX) once regulators approve the megamerger. AT&T recently added Time Warner's HBO as a free bonus to its unlimited wireless subscribers, and it might zero-rate that content for capped subscribers in the future as well.

Verizon also expanded into the sponsored data market in late 2015 with Go90, a zero-rated platform which streams select content from partners like Disney and Viacom. It also features video content from AOL (including The Huffington Post), which it acquired earlier that year.

Last year, it launched FreeBee Data -- a platform that allows content providers to subsidize the data costs of streaming their content. Looking ahead, Verizon's planned acquisition of Yahoo's internet business -- which will be merged with AOL to create a new company called Oath -- will further expand that video ecosystem with fresh content.

How does sponsored data hurt Netflix?

Over the past few years, ISPs noticed that customers were dumping their pay TV services in favor of broadband-only services to use with Netflix. This hurt ISPs in two big ways -- they were losing pay TV revenue and incurring higher expenses from hosting Netflix's massive streaming videos. 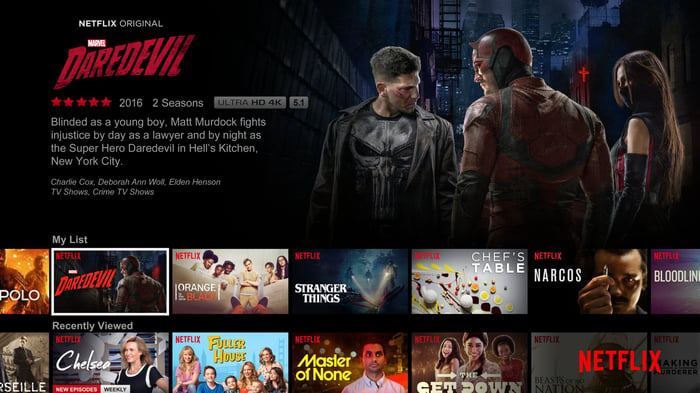 In response, the ISPs fired back by throttling Netflix's data transfers. Netflix protested the industrywide move, but eventually agreed to sign "paid peering" deals with AT&T, Verizon, and other ISPs to boost the network capacity of its streams. Those deals revealed that the ISPs still had tremendous leverage against Netflix -- controlling the pipes mattered more than controlling the content.

But with sponsored data plans, ISPs like AT&T and Verizon are clearly trying to provide their own content for their own pipes. By controlling the pipes and the content, AT&T and Verizon can offset higher data streaming expenses with growth in bundled subscribers.

First, Netflix started throttling its own videos to 480p on AT&T and Verizon's mobile networks in early 2016, claiming that it was preventing users from exceeding their data caps. Second, Netflix allowed users to download videos to their devices for offline playback while they had a Wi-Fi connection.

Unfortunately, those two fixes won't do much to counter ISPs if they zero-rate their own HD content. For example, AT&T could lure away Netflix subscribers, who might find it more appealing to simply subscribe to AT&T's internet and pay TV bundles -- which include DirecTV, HBO, and other major networks.

So what's Netflix's next move?

Netflix certainly can't turn itself into a major ISP, so its best move is to simply produce more hit shows to lock in customers. But that strategy is getting pricey -- the company recently proposed a €1 billion ($1.09 billion) offering of senior notes for overseas investors to fund its original programs.

Meanwhile, ISPs like AT&T and Verizon can simply use zero-rated content asloss leaders to gain wireless or pay TV subscribers. If the quality of Netflix's content starts slumping, it could lose customers to these carrier-backed streaming video ecosystems.