Please ensure Javascript is enabled for purposes of website accessibility
Log In Help Join The Motley Fool
Free Article Join Over 1 Million Premium Members And Get More In-Depth Stock Guidance and Research
By Keith Speights - May 12, 2017 at 2:42PM

Don't worry about the recent pullback in Cara Therapeutics' share price. Here's why the stock remains a buy.

Cara Therapeutics (CARA 4.83%) isn't profitable and probably won't be for quite a while. The company lost over $27 million in the first quarter. It doesn't have a product on the market yet. Cara's stock is down by a double-digit percentage in just the last month.

But Wall Street analysts think that Care Therapeutics shares are poised to more than double over the next 12 months. I wouldn't be surprised if their price targets prove to be relatively accurate. if you have recently bought or are planning to buy shares of Cara Therapeutics, you're pretty smart. Here's why. 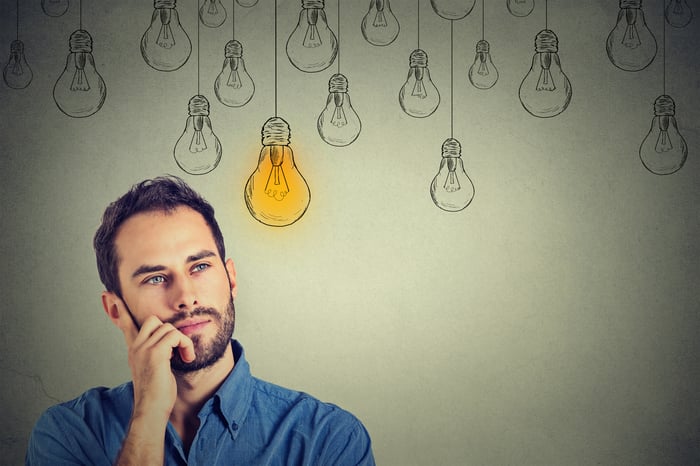 First, let's look at Cara's stock pullback over the last month or so. This is a textbook example of bad news now representing good news for the future.

The reason why Cara's stock price fell was that the company sold more than 5.1 million shares through a public offering. That's bad for current shareholders, because the move diluted the value of their shares. But it's good news for anyone who recently purchased the stock or plan to do so soon.

Cara raised $86.5 million in net proceeds from the stock offering. This puts the biotech in solid financial position. Cara estimates that its cash position should allow it to fund operations into 2019. Investors who buy the stock now probably won't be at risk for further dilution for a long time to come.

There are several potential catalysts for Cara Therapeutics stock coming up soon. The company will announce top-line data from its phase 2b study of oral CR845 in treating chronic pain associated with osteoarthritis. Cara also plans to report results from an interim conditional power analysis from a phase 3 study evaluating intravenous CR845 in treating post-operative pain.

On top of these two updates, it expects to get data from a pharmacokinetic safety trial of multiple doses of oral CR845 in hemodialysis patients. This data will help Cara define bioequivalent tablet strengths as part of its effort to develop an oral tablet formulation for moderate to severe uremic pruritus (itching caused by chronic kidney disease).

What's great for investors buying Cara stock now is that all of these catalysts will occur within the next seven weeks. Of course, if the results aren't positive, one or more of these updates could bring the stock down. There's reason for optimism, though. CR845 has looked good in previous clinical studies.

It's not hard to see why investors get excited about the prospects for CR845. There has been much attention given to the opioid abuse problems in the U.S. Although opioid drugs are great at alleviating pain, they're also highly addictive. These addictive qualities can make healthcare professionals hesitant to prescribe the drugs and patients reluctant to take them. CR845 could present an appealing alternative.

Although CR845 is an opioid, it's quite different from the ones getting the negative publicity. Morphine, oxycodone, and hydrocodone bind to mu opioid receptors in the body's central nervous system. CR845, however, doesn't enter the brain like these drugs do. Instead, it targets kappa opioid receptors in peripheral nerve cells outside of the central nervous system. What that means is that CR845 can relieve pain without being addictive or having some of the other adverse effects of commonly used opioid drugs. 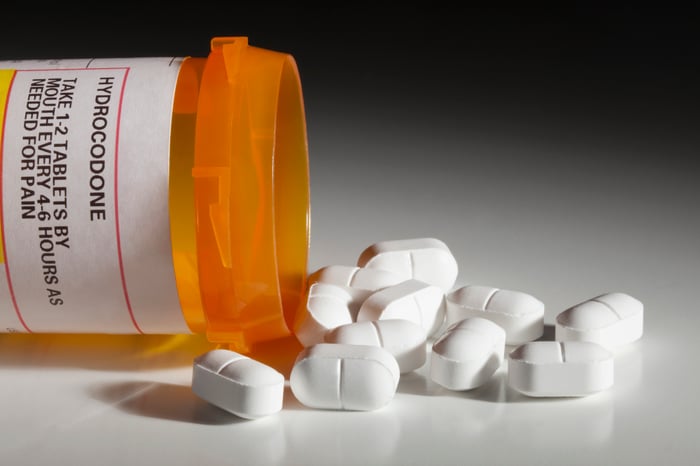 If the clinical studies evaluating CR845 go as well as Cara hopes they will, the stock should soar.

There are risks, however. It's possible that problems could arise in one or more of the CR845 studies. Cara has already had a study put on clinical hold by the U.S. Food and Drug Administration (FDA) because of potential safety concerns. (The hold was lifted later.) Even if clinical testing doesn't hit any snags, the FDA could find a reason to reject approval of the drug.

And there could be significant competition. Trevena (TRVN 7.26%) announced positive results from two late-stage studies of Olinvo in February. While Olinvo is a mu opioid drug like morphine, oxycodone, and hydrocodone, it selectively activates pain-relieving pathways and avoids the pathway associated with the adverse effects typically experienced with these other opioid drugs.

Trevena plans to submit Olinvo for FDA approval in treating moderate to severe pain in the fourth quarter of 2017. If the FDA gives the green light to the drug, Olinvo will beat CR845 to market.

My colleague Sean Williams recently listed Cara Therapeutics as one of four marijuana stocks he thinks have a shot at reaching billion-dollar market caps. (Cara has a cannabinoid drug in pre-clinical development, which qualifies it as a marijuana stock of sorts.) I think Sean could be right.

Cara has risks, but the potential rewards outweigh the risks in my view. Buying now could turn out to be a smart move.