The size comparison between CalAmp (NASDAQ:CAMP) and General Electric (NYSE:GE) is futile. The former has a market cap of just $675 million and the latter is worth about $246 billion. Also, the two companies don't have the same business model. CalAmp makes embedded wireless modules for industrial equipment (and the services that go along with them), and GE is a 125-year-old conglomerate.

But what they do have in common is that both are knee-deep in the Industrial Internet of Things (IIoT), a market that is connecting industrial equipment to the internet in order to increase automation, analytics, predictive maintenance, and cost-savings like never before. The IIoT will be worth an estimated $195 billion by 2022, according to MarketsandMarkets Research. There's plenty of room for both GE and CalAmp to benefit, but one company appears to be setting itself up to succeed the most. 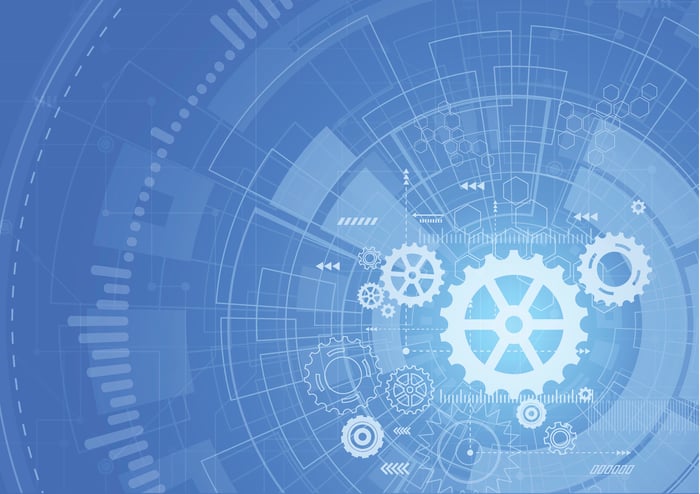 This small cap company is making a huge bet on the IIoT with its embedded wireless modules. This tech is used in big and expensive machinery for Caterpillar -- one of CalAmp's largest customers -- and helps the company keep track of its equipment. You can think of CalAmp as the company that's working behind the scenes to connect the broader Industrial Internet of Things.

Most of the company's revenues come from sales of its hardware modules, but don't underestimate CalAmp's potential on the software side. The company's software-as-a-service revenue jumped 39% year over year in the fiscal fourth-quarter 2017. Software and services will eventually be the biggest slice of the IIoT pie, so investors should be pleased with CalAmp's growth in this area and eager to see more of it. CalAmp's revenue jumped 25% in fiscal year 2017 to a record $351 million.

The company is currently trading at about 29 times its forward earnings, higher than the tech industry's average of about 24. The company's share price is up about 25% over the past year, but don't think the company's current run is over. Spending in the Internet of Things will hit $1.29 trillion in 2020, according to IDC, and the bulk of that will come from spending in the industrial space. And that leaves CalAmp wide open to much more growth. 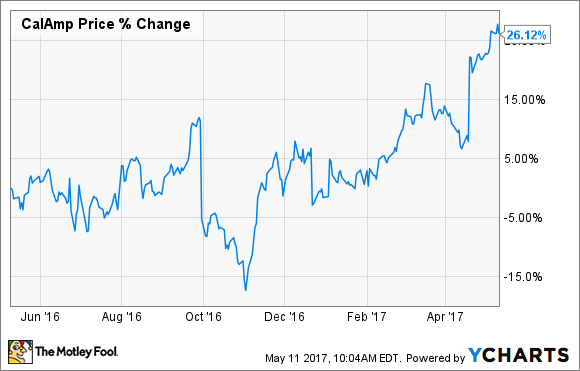 GE is also betting that connected machinery will be a driving force for its company in the coming years. The industrial juggernaut has already created its own analytics software for its IIoT products, which already brings in billions in revenue and will reach an estimated $15 billion by 2020. GE's size and scope make it a strong contender in the IIoT, but it does have its downfalls.

The company had a rather lackluster 2016, with organic revenue growth of just 1%. The current year appears to be a bit better, with management forecasting 3% to 5% growth for the full year. But GE is still having problems generating cash from its sales, and in Q1 cash flow from operations was just $1.6 billion -- $1 billion below what the company expected.

GE currently trades at about 27 times its earnings, which is above the average conglomerate P/E ratio of just 12. GE's slow revenue growth mixed with its less than stellar cash flow situation isn't spiking much investor confidence at the moment, despite its potential in the IIoT. 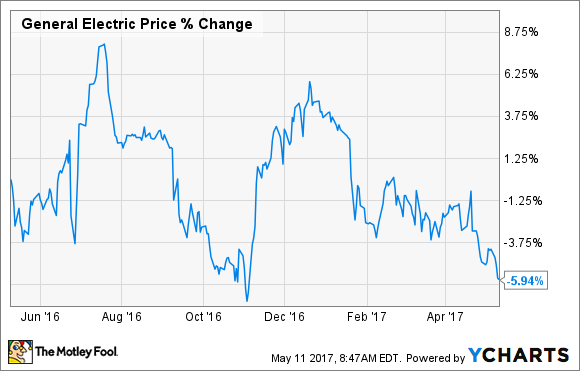 While both companies are on the right track to benefit from the IIoT, CalAmp's exposure to the market, along with its faster revenue growth compared to GE, gives the company the advantage for investors looking to make a long-term play in the Industrial Internet of Things. CalAmp may still have some volatility ahead of it as it figures out the market, but patient investors may be rewarded if the company can continue growing hardware sales while it builds out its recurring revenue from software and services.