Please ensure Javascript is enabled for purposes of website accessibility
Log In Help Join The Motley Fool
Free Article Join Over 1 Million Premium Members And Get More In-Depth Stock Guidance and Research
By Adam Levy - May 13, 2017 at 10:00AM

Digital advertising has already surpassed television advertising in the United States. Now, the biggest digital ad businesses -- Google and Facebook (META 5.82%) -- are working to really cut into TV's $70 billion revenue stream. Both companies are planning to commission television-quality videos. Facebook's will show up in its recently launched video tab in its flagship Facebook app. The Alphabet (GOOG 2.68%) (GOOGL 2.63%) company will distribute its new originals via YouTube.

YouTube is hoping to win back advertisers' good graces after controversy arose around ads being shown next to objectionable content on its website. Facebook, meanwhile, is trying to get users to spend even more time in its app and find more places to stick advertisements. 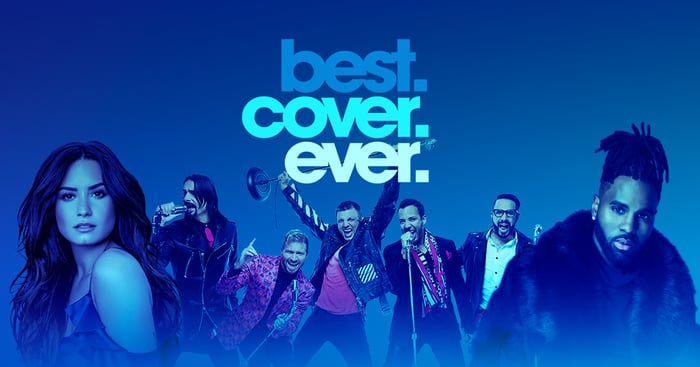 This isn't the first time YouTube has tried its hand at producing original content. It spent $100 million seeding celebrity channels in 2011. After that initiative failed to take off, YouTube shuttered the channels and opened studio spaces for its top content creators to produce new originals. Now, its newest effort goes back to big-name celebrities like Kevin Hart and Ellen Degeneres.

But YouTube's business strategy seems to be somewhat misguided. "Five years ago, 85 percent of all original series were ad-supported," Robert Kyncl, YouTube's business chief, said. "This year, that number has fallen to just over two-thirds." That number is only moving lower as ad-free streaming services and premium cable networks produce more original shows.

Still, the growth in premium ad-free content doesn't mean there's been a decline in advertising opportunities on television. There are more new original shows being produced than ever before, and there are so many great shows on television, an entire industry has cropped up in the last decade to help people figure out what they should watch.

On Facebook's fourth-quarter earnings call, CEO Mark Zuckerberg described two use cases for Facebook. The first is whenever users have a free minute, they'll skim through their news feed. The second use case is when they're seeking out specific entertainment and want to see content from someone they follow, or a topic they're interested in. That's a use case Facebook is still working on, and one currently being won by television and YouTube.

"We want people to think of Facebook as a place for interesting and relevant video content from professional creators as well as their friends," Zuckerberg said on Facebook's fourth-quarter earnings call. "Last year we started to invest in more original video content to help seed the ecosystem, and we're planning to do more in 2017."

Indeed, Facebook is reportedly working with creators to produce two dozen original programs. A handful will be longer, big-budget shows of TV-level quality. Some described the quality of Facebook's longer shows as on the level of House of Cards, the hit Netflix original. The rest will be shorter, 5- to 10-minute shows updated daily.

Facebook is paying for the content upfront, but the goal is to eventually develop a fully ad-supported ecosystem of quality content using mid-roll video ads. The move would open up further ad inventory for Facebook, which is bumping up against ad load saturation.

Television-quality programming combined with Facebook's superior ad targeting, compared to television networks, could help Facebook steal away some ad budgets from television. It may also help Facebook win over some YouTube ad budgets, as the latter fights to keep advertisers in place with its new originals. But Facebook will have to instill a new user behavior, which is a tough task. If any company has the strength to change how people use its product, though, it's Facebook.

Suzanne Frey, an executive at Alphabet, is a member of The Motley Fool's board of directors. Adam Levy has no position in any stocks mentioned. The Motley Fool owns shares of and recommends Alphabet (A and C shares) and Facebook. The Motley Fool has a disclosure policy.