Staying invested in IBM (NYSE:IBM) has required a lot of patience. The tech giant has posted 20 straight quarters of year-over-year sales declines, and its stock fell 25% over the past five years as the S&P 500 rallied nearly 80%.

Even Warren Buffett -- who accumulated a large position in IBM as Berkshire Hathaway's first major tech stock -- recently disclosed that he had sold about 30% of his position when the stock hit $180 in February. Buffett told CNBC that he had revalued the stock "somewhat downward," and warned that Big Blue was facing "big strong competitors." 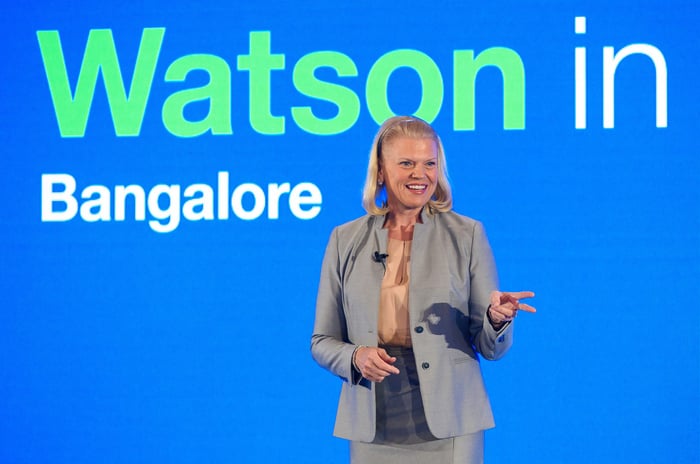 That big sale raised major red flags, and many investors followed Buffett's lead, with the stock already dropping about 5% since his disclosure. However, I believe that investors are overreacting to the news and that it could be a big mistake to sell with the herd. Let's take a look at four reasons why IBM could still make a comeback despite Buffett's big sale.

1. It's a cheap stock with a high yield

IBM faces a lot of growing pains, but its stock still trades at 12 times earnings, compared to its industry average of 19. The bears might argue that discount is justified, since investors aren't expecting much growth from the company.

However, IBM also pays a high forward dividend yield of 3.9%, which is supported by a low payout ratio of 46%. Furthermore, IBM has hiked that dividend annually for 22 straight years. That combination of a low P/E, a high yield, and a stable history of dividend hikes still makes it a solid play for conservative income investors.

2. Its strategic imperatives are still growing

IBM plans to grow its top line again by expanding its five higher-growth "strategic imperatives" -- cloud, analytics, mobile, social, and security -- to offset the ongoing slowdowns in its legacy IT services, business software, and hardware businesses. That's a tough balancing act, but it's gradually paying off.

Last quarter, IBM reported that its strategic imperatives revenue rose 12% annually to $7.8 billion, and that the businesses' trailing-12-month sales of $33.6 billion accounted for 42% of its top line. Its closely watched cloud-as-a-service revenue also achieved an annual run rate of $8.6 billion -- representing 59% growth from a year earlier. If that double-digit growth continues, IBM could eventually post positive sales growth again -- which would inevitably lift the stock.

3. Poised to profit from next-gen technologies 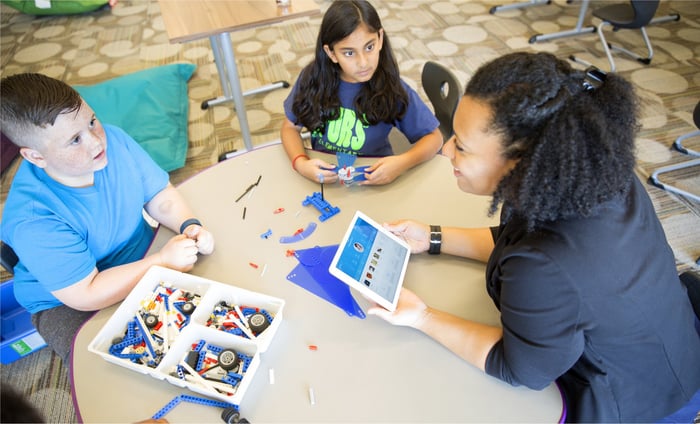 But IBM still has other cards to play. Its AI platform Watson has already been used for healthcare applications, and it's currently being expanded to the cybersecurity, telecommunications, educational, financial, and mobile app development markets. IBM is also using blockchain, a distributed ledger technology that was originally developed for bitcoin, to secure enterprise networks.

Moreover, IBM is developing the first commercially available quantum computing systems, which can make forward predictions much faster than "classical" computers. The company is allowing anyone to run experiments or simulations with IBM's quantum computing services via the IBM Cloud. These next-gen technologies aren't quite ready for mainstream adoption yet, but they could eventually put IBM ahead of the tech curve, which would then propel the rapid growth of its strategic imperatives.

4. Buying other companies could get it back on track

IBM has been divesting a lot of older businesses (like its PC, x86 servers, and chipmaking units) while acquiring new ones that strengthen its strategic imperatives. Its biggest acquisitions in recent years include SoftLayer Technologies, Trusteer, Merge Healthcare, Cleversafe, and Truven Health Analytics -- all of which cost between $1 to $2.6 billion.

However, some analysts suggest that IBM could make a much bigger acquisition to get investors excited again. One common suggestion is Twitter (NYSE:TWTR), which has a growing data licensing business and an analytics partnership with IBM.

CNBC's Jim Cramer recently postulated that if IBM bought Twitter -- which has an enterprise value of $11 billion -- it could use "its ability to keep track of feedback for its customers while using the exquisite direct message function to stay in touch with those clients." Cramer also suggested that "in one fell swoop," IBM would "become a lot more social, mobile, and cloud."

Investors should remember that Buffett still owns over 50 million shares after his recent sale so the Oracle isn't completely abandoning IBM. They should also note that IBM is still a cheap stock with a high yield, and that its shares could rise quickly once its turnaround efforts pay off. Therefore, the worst mistake IBM investors can make now is to interpret Buffett's sale as a sign to completely exit the stock.