If you don't know, now you know.

The Internet of Things, or IoT, can be a confusing topic, but broadly speaking, it's a term for anything that's connected to the Internet that formerly wasn't, like a smart lightbulb that you can turn on with your smartphone. But it also encompasses more important things like data tracking and automation by implementing sensors into industrial equipment, linking them the to the Internet, and then tracking how well they perform.

There is virtually no industry that won't be affected by the IoT, and that means there are a plethora of publicly traded companies that could potentially benefit from its explosive growth. To help you make the most of your IoT stock pick, here are a few things you should know before you jump in. 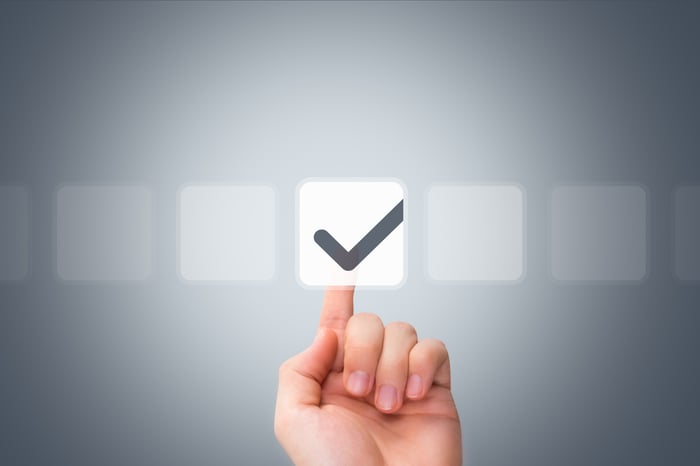 1. Remember, it's not just about tech gadgets

I used to make the mistake of thinking that the IoT was all about wearable technology gadgets and connected cars. It's not. The enterprise sector is dominating the IoT space, and companies are expected to spend $1.29 trillion on the IoT by 2020. The majority of those investments will come in the manufacturing, transportation, and utilities sectors, followed by consumer goods.

Consider that CalAmp (CAMP 1.96%), a small company that makes embedded modules for industrial equipment, is a leader in the machine-to-machine connection space, but it has nothing to do with consumer products. The Apple Watch dominates headlines, but it's companies like CalAmp that are making real plays on the IoT.

2. Understand how big this market will be

There are lots of estimates out there as to how big the IoT could be. Cisco Systems has projected it to be as large as $19 trillion, IDC says it could bring $7.1 trillion in market revenue in the next few years, and General Electric (GE 1.90%) thinks it could account for $15 trillion of global GDP by 2030. It's pretty safe to say that the IoT will be huge, no matter which estimate turns out to be closest to reality.

3. Keep the pitfalls in mind

One of the biggest risks to IoT investments right now is that many connected devices aren't as secure as they should be. The rush to bring connected things to market has left security as an afterthought for some companies.

That's led to everything from baby monitors getting hacked to Internet-connected vehicles being taken over by hackers. Investors shouldn't be freaked out about this, but instead they should take a proactive approach to finding companies that are ensuring their connected products are secure.

4. Decide which angle to take

Because of the IoT's scope, there are plenty of companies betting on this market. One of the most well known is Amazon.com (AMZN -1.44%) with its slew of connected devices, like its latest Echo Show. But the company's biggest IoT play is its cloud-based IoT services through its Amazon Web Services (AWS).

If you're looking for an industrial Internet of Things play, GE is likely the way to go. The company has developed its own IoT software to allow its customers to track and manage how their equipment is performing in order to predict maintenance problems and reduce downtime.

5. Keep your expectations in check

While the IoT is already well on its way to transforming several industries, it's still going to take a while to see the benefits. Most IoT revenues still make up a small percentage of a company's total revenue. Case and point is Intel's (INTC -1.41%) Internet of Things Group. This segment only accounted for about 4% of Intel's total revenue in 2016, but that number doesn't account for Intel's full IoT potential.

The company is in the process of purchasing Mobileye, one of the leading makers of advanced driver assistance systems (ADAS). Once the deal closes, it could help open up Intel's ability to sell more of its processors into connected vehicles and semi-autonomous cars. Just remember that it could take a few years for Intel to really benefit from all of this.

6.  Remember that the IoT is already well under way

Just because it may take some time for companies like Intel to earn a large portion of their revenue from IoT services and hardware doesn't mean you should drag your heels. This is no longer a theoretical market for all of the companies I've mentioned above. These IoT players are taking the Internet of Things very seriously -- and investors should, too.