Please ensure Javascript is enabled for purposes of website accessibility
Log In Help Join The Motley Fool
Free Article Join Over 1 Million Premium Members And Get More In-Depth Stock Guidance and Research
By George Budwell, Sean Williams, and Brian Feroldi - May 16, 2017 at 8:32AM

These three biotech equities have room to run.

Biotechnology has been one of the hottest areas for investors over the last five years due to the advent of multiple game-changing new medicines, and the ever-expanding human population that's putting a tremendous amount of pressure on healthcare systems worldwide. That said, there have been several relatively unsuccessful endeavors in biotech such as cancer vaccines, gene therapy, and others, illustrating the need to choose wisely when it comes to this rapidly emerging space.

Armed with this insight, we asked three of our contributors which biotech equities they think are primed to surge higher in the coming years. They suggested the iShares Nasdaq Biotechnology Index (IBB 0.98%), Ionis Pharmaceuticals (IONS 0.25%), and Supernus Pharmaceuticals (SUPN -0.35%). Read on the find out why these three stocks may be stellar picks in biotech. 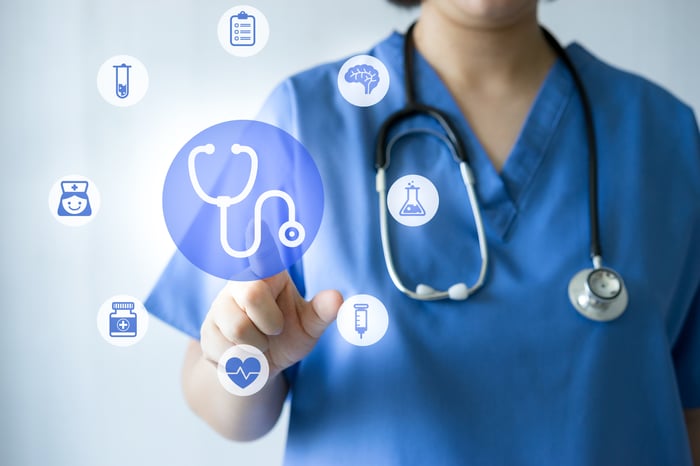 George Budwell (iShares Nasdaq Biotechnology Index): Although the biotech industry is growing by leaps and bounds at the moment, the fact remains that individual companies -- and even titans of the industry like Gilead Sciences -- are fraught with clinical, regulatory, and commercial risk. Put simply, I believe it's frankly hard to justify holding most individual biotech stocks for especially long periods of time because of the rather limited lifespan of their products, and the political blowback over drug prices in the United States. Instead, I think a well-diversified ETF like the iShares Nasdaq Biotechnology Index, or the IBB for short, is the actually best way to gain exposure to this ultra-high growth industry.

While the iShares Nasdaq Biotechnology Index does come with a somewhat rich expense ratio of 0.47%, it also offers a super easy route toward a highly diversified -- and therefore far less risky -- approach to investing in biotech. The IBB sports a massive 162 holdings in biotech and biopharma, greatly reducing the risk of a catastrophic collapse in the blink of an eye.

If you've watched the industry for even a few months, for instance, you're probably painfully aware that individual biotech stocks can lose most of their valuations on just a single negative clinical readout or regulatory setback. Worst of all, some of these setbacks can come seemingly out of left field.

Point blank: The ETF route may not be as exciting as owning individual biotech stocks, but it comes with a more reasonable level of risk and respectable growth prospects. The IBB, after all, is up by over 12% year to date.

Sean Williams (Ionis Pharmaceuticals): If you've been gazing in wonder at the delectable returns that biotech stocks can generate for your portfolio, but you've yet to take the plunge, may I suggest dipping your toes in the water with Ionis Pharmaceuticals?

There are a number of reasons for investors to consider Ionis. How can we not begin with the company's massive clinical-stage drug portfolio? Ionis only has a small handful of Food and Drug Administration (FDA)-approved therapies, but it has a clinical-stage portfolio that's 25 experimental therapies deep, and spanning a number of indications. Think of each of these clinical-stage drugs and trials as a pitch being thrown at a batter who's trying to hit one out of the proverbial ballpark. Having such a deep clinical-stage portfolio gives Ionis the ability to miss on a few clinical studies (which would be expected) without it doing too much damage to the company's long-term outlook.

Its proprietary antisense-drug platform comes in handy, too. Ionis' technology allows it to rely on data from previous studies to predict what'll happen in future studies. Given that it's been bringing three to five new therapies into the clinical stage each and every year, I'd opine that it's working like a charm.

Another attractive aspect of Ionis is that it's not afraid to partner and/or license its products. In fact, Ionis has nearly a dozen development partners for more than three-quarters of its clinical-stage experimental drugs. These partners provide much-needed upfront capital that allows Ionis to continue its research and run clinical trials. There's also a pretty steady stream of milestone payments based on development and regulatory milestones. In short, Ionis hasn't had to turn to dilutive cash raises via stock offerings nearly as often as its clinical-stage peers, which is good news for its shareholders.

And, more recently, we witnessed the approval of Spinraza as a treatment for spinal muscular atrophy (SMA) in adults and children this past December. Spinraza, which boasts a $125,000-per-treatment list price, was developed with partner Biogen and looks to garner a big piece of the SMA treatment market with no FDA-approved treatments currently on pharmacy shelves. According to FierceBiotech, Spinraza has peak annual sales potential of $2.5 billion.

With the likely beginning of solid product-based recurring revenue to complement its cadre of milestone payments, Ionis looks like the perfect diversified biotech stock to consider adding to your portfolio.

This profitable biotech has room to run

Brian Feroldi (Supernus Pharmaceuticals): Most small-cap biotech stocks barely generate any revenue at all, let alone profits. That's a big reason why many investors simply write off the entire sector as uninvestable. Thankfully, there are a handful of exceptions, and one of my favorites is Supernus Pharmaceuticals.

Supernus Pharmaceuticals is small-cap biotech that focused on diseases of the central nervous system. The company has already launched two drugs to market -- Oxtellar XR and Trokendi XR, both of which are used to treat epilepsy. These drugs have been on the market for several years and are growing rapidly. In fact, last year sales of these two drugs grew 46% to $210 million, which was enough to allow the company to crank out a sizable profit.
Looking ahead, the company believes that Oxtellar XR and Trokendi XR will allow the company to grow revenue by another 26% for the full year. That will allow the company to continue to fund its pipeline, which features two drugs in late-stage trials -- SPN-810 and SPN-812 -- that are being researched as potential treatments for attention deficit hyperactivity disorder (ADHD). Management believes that both of these drugs could eventually ring up sales that are measure in the nine-figures.
Supernus Pharmaceuticals is a profitable biotech that offers both near- and long-term growth potential. That's why I believe that this is an ideal stock for new biotech investors to consider.