Over the past few years, the e-sports industry expanded from small professional gaming events into televised and live-streamed programs watched by millions. Goldman Sachs valued the e-sports market at $500 million in 2016, and expects the market to grow at a compound annual growth rate of 22% over the next three years to over $1 billion.

But amid all the hype and noise, investors might be confused about which companies will benefit the most from that growth. Let's examine three companies that fit that bill -- Tencent Holdings (OTC:TCEHY), Activision Blizzard (NASDAQ:ATVI), and Electronic Arts (NASDAQ:EA).

Chinese tech giant Tencent is the biggest video game company in the world by total revenue. Six years ago, it acquired Riot Games, the maker of League of Legends -- the MOBA (multiplayer online battle arena) game which is currently the most popular e-sports title in the world. 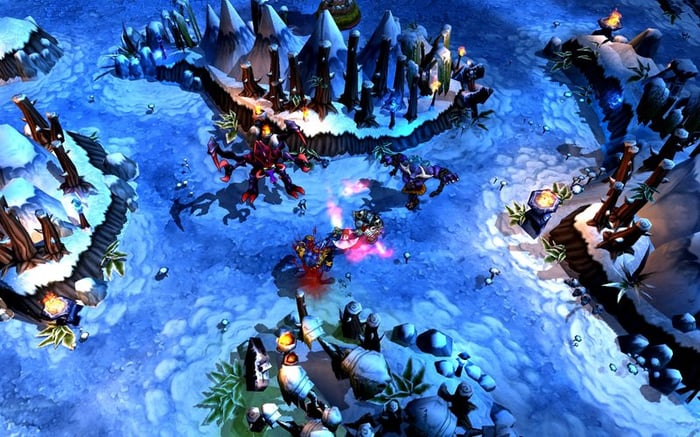 Research firm Newzoo's most recent numbers (from March 2017) reveal that 31% of Twitch viewers watched a League of Legends game during that month, with over 90 million hours being viewed across the network. To monetize that audience, Tencent and Riot Games recently co-founded a new e-sports TV channel in China with Chinese game publisher Perfect World and IPTV.

Tencent also recently relaunched its PC digital storefront as WeGame, a Steam-like platform for its games, and revealed plans to build an e-sports-themed park in China to promote its top franchises. In addition to League of Legends, Tencent owns the hit mobile game Clash of Clans, a wide variety of first-party and licensed titles, and minority stakes in other game publishers like Activision Blizzard. Those firm foundations should continue boosting Tencent's gaming revenue, which rose 16% annually last quarter and accounted for 42% of its top line.

Tencent's Riot Games holds the top spot in overall Twitch viewership, but four other top ten titles -- Hearthstone, Starcraft II, Overwatch, and Heroes of the Storm -- are published by Activision Blizzard. Hearthstone, which ranks fourth, is a card game which features collectible cards. Fifth-place Starcraft II is a popular real-time strategy game, sixth-place Overwatch is a first-person shooter, and eighth-place Heroes of the Storm is a MOBA. 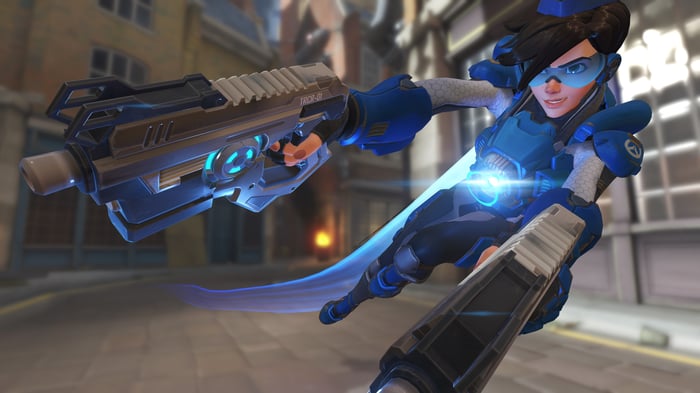 Last year, Activision CEO Bobby Kotick told the New York Times that he planned to build the "ESPN of video games" to capitalize on the growing e-sports market. To do so, Activision acquired the assets of the IGN Pro League in 2013, then bought nearly all the assets of Major League Gaming (MLG) in late 2015. That same year, it launched a dedicated e-sports unit and hired Steve Bornstein, the former CEO of ESPN and the NFL Network, as its new chief.

Last year, Activision signed a live-streaming deal with Facebook to broadcast its most-watched games on Facebook Live. It then established a new e-sports league for Overwatch which consists of player contracts, teams, and playoffs. All these moves indicate that if e-sports ever become as big as football or basketball, Activision Blizzard will be well poised to profit.

Activision's rival Electronic Arts spent more time expanding its mobile gaming portfolio in recent years than investing in e-sports, but it has some ambitious plans for the future. In late 2015, EA launched its own e-sports unit, dubbed the Competitive Gaming Division, and assigned COO Peter Moore to lead the business as its "chief competition officer."

Last June, the unit announced new competitive gaming competitions for its own titles, which included four EA-owned and operated tournaments called "majors" for top games like Madden NFL 16 and Battlefield 1. EA offered up to $1 million in prizes throughout the series -- matching the average prize pool of major competitions across the industry.

EA still has a lot of catching up to do. None of its games have broken into Twitch's top ten yet, and it cancelled Dawngate, its potential MOBA challenger to League of Legends and Heroes of the Storm, in 2014. It also hasn't sealed any big broadcasting or streaming deals like Tencent and Activision yet. Nonetheless, the strength of EA's gaming portfolio and its creation of a dedicated e-sports unit indicate that the company could still catch up quickly.

It's unclear if e-sports will ever become as popular as traditional sports, but one thing is certain -- a growing number of people are spending time watching other people play games. For companies like Tencent, Activision, and EA, that shift enables dedicated gamers to promote their games to an interested audience -- something which can't be guaranteed by costlier TV or internet ads.

Therefore, companies that have a better grasp on the e-sports market might reduce their marketing spend while boosting the sales and longevity of their titles. If the e-sports market truly takes off, sponsorship revenue from dedicated e-sports channels and leagues could become major pillars of growth for game publishers in the future.