Electronic Arts (NASDAQ:EA) recently announced new gaming competitions for its own titles, starting with its flagship Madden series. The new push will include four EA-owned and operated tournaments dubbed "majors," which will each be supported by corporate sponsors and broadcast partners. EA will offer up to $1 million in prizes throughout the series.

That seven-figure prize pool makes it comparable to larger competitions in the industry, including recent Call of Duty and Counter-Strike tournaments which both had prize pools of $1 million. The move also indicates that EA is serious about following rival Activision Blizzard's (NASDAQ:ATVI) aggressive expansion into e-sports.

SuperData Research estimates that there were about 134 million e-sport viewers worldwide last year, and it expects that figure to rise at a rate of 30% over the next five years. Amazon's Twitch, the top game streaming site in the world, has over 100 million broadcasters and viewers worldwide.

For video game publishers like EA and Activision, e-sports events and live streams represent more effective ways to promote games than traditional ads. $1 million is barely enough to cover three 30-second TV ad spots during top-rated TV shows today, but it's enough to attract top gamers to gaming battles that can be watched by millions of viewers.

Activision has a head start

Activision CEO Bobby Kotick told The New York Times last year that his goal was to build the "ESPN of video games." To accomplish that, Activision acquired the assets of the IGN Pro League in 2013, and nearly all the assets of Major League Gaming (MLG) at the end of last year.

Last October, it created a dedicated e-sports division and hired Steve Bornstein, the former CEO of ESPN and the NFL Network, to lead the new business. Earlier this month, Activision signed a live-streaming deal with Facebook to broadcast its most-watched games on Facebook Live. 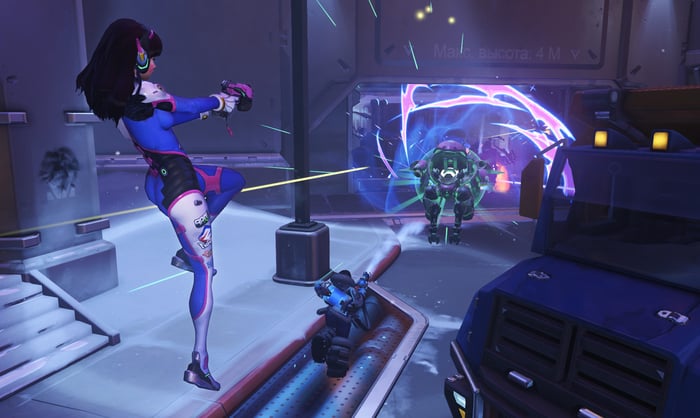 EA launched its own e-sports unit dubbed the Competitive Gaming Division last December, and assigned COO Peter Moore to lead the unit as its "chief competition officer." CEO Andrew Wilson declared that the new division represented a "groundbreaking opportunity for Electronic Arts to celebrate...passion for play and competition."

Unfortunately, EA has a long way to go before it can catch up to the e-sports leaders. According to Gamoloco, Activision Blizzard publishes four of the 10 most-watched games (Hearthstone, Overwatch, Call of Duty: Black Ops III, and World of Warcraft) on Twitch. None of EA's games made the cut.

But can Madden turn the tide?

EA knows that it's trailing far behind Activision in competitive gaming. During an investor presentation last month, EA stated that e-sports wouldn't generate much direct revenue on its own in the near term. But EA still committed itself to a three-year plan which could gradually expand its presence with amateur, mid-level, and professional tournaments.

EA is starting out with Madden for a simple reason -- it's one of its most popular franchises, and it comfortably bridges the awkward gap between traditional sports and e-sports. EA hopes to then expand top-tier tournaments to include its FIFA soccer franchise and Battlefield shooter games.

EA and Activision's expansion into e-sports matters for two main reasons. First, e-sports can reduce sales and marketing expenses by decreasing the company's dependence on traditional TV or web-based ads. E-sports and streamed games can reach a more targeted audience of gamers who might be more likely to purchase the games than non-gamers. This complements the shift from physical packaging to digital downloads, which significantly boosted publishers' operating margins.

Second, EA and Activision are both highly dependent on aging franchises like Madden and Call of Duty. Broadcasting e-sports events featuring new updates of these games can keep those franchises fresh and relevant to fickle gamers.

Therefore, investors should consider e-sports to be an expansion of EA and Activision's marketing efforts, which could reach more gamers and boost margins in the long run. If EA falls behind Activision in this department, its titles could lose relevance with the millions of people who watch e-sports and live-stream games on a regular basis.