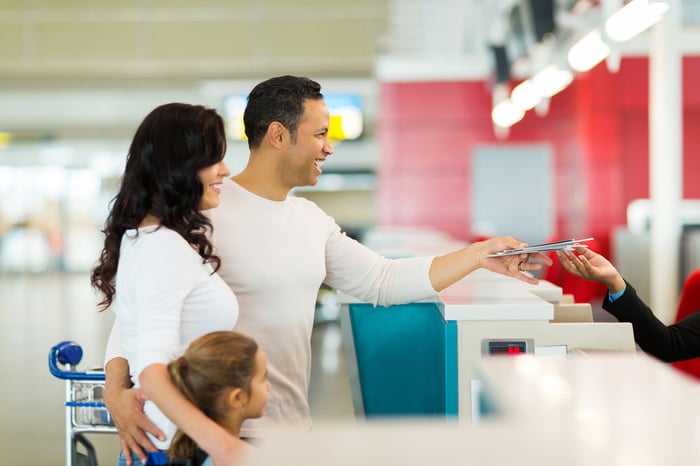 Due to the vibrant Mexican economy, Grupo Aeroportuario's greatest task may simply be to keep up with demand. On the earnings conference call, CEO Fernando Bosque provided some color on the forces spurring GAP to undertake the expansions at Guadalajara and Tijuana airports:

Of course... the problem [is] to address passenger needs with the capacity that was projected four years ago -- with the evolution [it] is not enough. But it is not only Tijuana, so is Guadalajara, is Vallarta, is Cabos. Some of these airports [are] now in the process to provide extra capacity and also over and above the amount that was committed with the authorities for the current period of investment.

So, this is a typical thing that's happened... sometimes you have some limitation in the capacity and you have to do more investment -- and quickly. And that is a situation in general that we are living now not only in our network in GAP, also all the [Mexican] airports [have] the same... situation.

Grupo Aeroportuario enjoyed admirable growth in 2016, and so far, the company is meeting its projections for another brisk year. First-quarter revenue fell right in line with GAP's full-year revenue expansion target of 14%.

Passenger traffic, above projections in the first quarter, may also be set to pick up further momentum. The company's monthly statistics report, released on May 5, revealed a surprisingly active showing in April, with passenger traffic improving 19% versus April 2016. Some of this increase is due to traditionally strong Easter traffic. Nonetheless, the magnitude of the improvement may bode well for GAP's second-quarter report, which is due out in August.