Shares of CoreCivic Inc. (NYSE:CXW) are down about 12% as of 3 p.m. EDT, in what appears to be a Trump-related sell-off of private-prison REITs (real estate investment trusts).

Now sentiment is turning, as many increasingly expect Trump to be less effective in pushing policy. Increasingly, speculators are also betting that Trump will be impeached during his term in office. A memo revealed that the president asked James Comey to shut down an investigation into Trump's former security advisor, Michael Flynn. 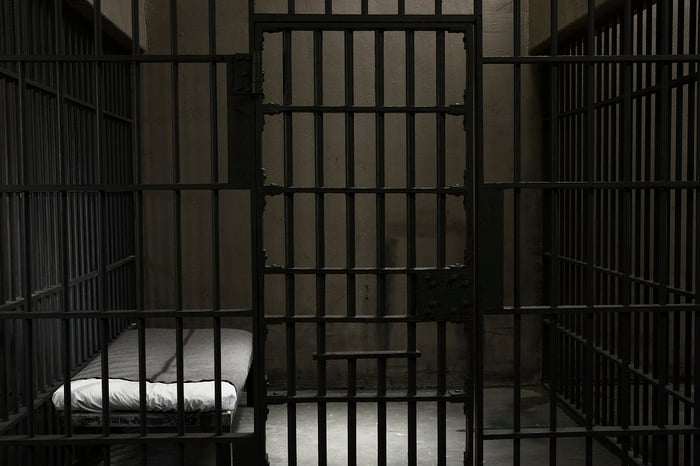 The New York Times called the Comey memo the "clearest evidence that the president has tried to directly influence the Justice Department and F.B.I. investigation into links between Mr. Trump's associates and Russia." Some oddsmakers overseas now set the odds of an impeachment during the president's first term in office at 55%.

Other correctional-facility REITs are on the decline. The GEO Group (NYSE:GEO), which manages or owns 143 facilities with more than 100,000 beds, is down by about 9% in active trading today. CoreCivic owns or manages detention centers with about 69,000 beds.

Frankly, it's hard to know exactly what a Trump impeachment would mean for the criminal-justice industry, or companies like CoreCivic and The GEO Group, which make money by housing inmates across the country. But investors are seemingly bailing on all things previously held as Trump trades, dumping everything from private-prison operators to big banks on Wednesday.