SeaWorld Entertainment (SEAS -0.39%) is hoping to shift from the controversial to the educational. The theme park operator announced on Thursday that it's extending and expanding its licensing partnership with Sesame Workshop's iconic Sesame Street franchise, a move that will find it adding a Sesame Street-themed land to SeaWorld Orlando and opening more Sesame Place theme parks.

Sesame Workshop and SeaWorld have been partners for 37 years, but it only has one Sesame Place attraction, a 55-acre theme park in Pennsylvania that features traditional and water rides. Sesame Place reportedly attracts between 1.1 million to 1.2 million guests a year, making it SeaWorld's least-visited theme park. It draws roughly a quarter of the annual attendance of SeaWorld Orlando, the chain's most visited attraction.

The second Sesame Place will open no later than the summer of 2021. The U.S. location has not been determined, but it's reasonable to expect that attendance will be higher if it picks a southern or indoor location where it can be open year-round. SeaWorld will then have the option to open more Sesame Place parks, effectively giving it a new brand beyond SeaWorld, Busch Gardens, and Aquatica to expand. 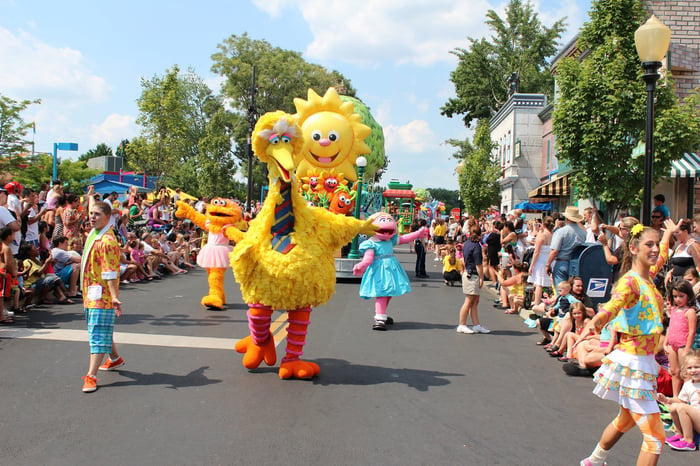 The belly of the whale

Thursday's announcement extends the partnership through the end of 2031. The previous arrangement would've expired in 2021. It's a win-win extension, but it's still a big get for SeaWorld. Sesame Workshop apparently isn't discouraged about expanding its affiliation, tethering its kid-friendly juggernaut to a theme park operator that has become a popular target for activists in the wake of 2013's Blackfish documentary.

An important component of Thursday's expanded partnership is that SeaWorld Orlando will open a Sesame Street-themed land by the fall of 2022. It's the only SeaWorld-owned theme park not to have a Sesame Street component, so the move isn't a surprise. Why wouldn't a park that attracted nearly 4.8 million guests in 2015, according to Themed Entertainment Association, not follow the lead of its smaller sister parks?

The key here is if SeaWorld Entertainment plans to merely phone it in, or if it will try to make Sesame Street Land the tourist-snatching equivalent of The Wizarding World of Harry Potter, or Star Wars Land at rival Central Florida parks.

It will be tempting to play it cheap. SeaWorld can slap Sesame Street art and names over the existing off-the-shelf carnival flat rides that currently house Shamu's Happy Harbor, the likely target of SeaWorld Orlando's Sesame Street Land. The Swishie Fishies spinning teacup ride can be replaced with spinning Cookie Monster cookies. The Flying Fiddler frog hopper ride can have Count von Count counting every up and down with his signature cadence. Shamu Express can replace the park's iconic killer whale with Big Bird. However, let's hope we never see Hurlin' Cookies, Count Rushmore, or Flight of Passage 2 at SeaWorld Orlando.

SeaWorld has more than five years to make sure it gets this right. If it's not dreaming up unique dark rides and family-friendly experiences for Sesame Street Land, it may as well concede that it will never be more than a third-tier amusement park operator. Playing it safe will have accomplished the task of quietly distancing itself from orcas, but that's not the way its larger local rivals have been milking third-party intellectual properties.

SeaWorld is coming off of a quarter with its largest drop in attendance and sharpest plunge in revenue as a public company. The timing of the Easter holiday played a starring role in the shortfall. SeaWorld made up for the shortfall last month, and analysts see SeaWorld checking in with its strong growth in more than four years during the current quarter. However, SeaWorld better know that you shake -- not sprinkle -- your moneymakers.

Why Did It Take a Disney World Rival 2 Years to Open New Roller Coasters?
376%