Despite big gains for the market, these stocks fell. Find out why.

Friday was a good day for the stock market generally, as the Dow Jones Industrials finished with triple-digit gains and broader benchmarks posted similar gains in percentage terms. Fear from earlier in the week about the potential loss of forward momentum for pro-investor policies out of Washington seemed to abate, and market participants seemed to regain a longer-term perspective about the prospects for favorable changes in tax treatment, financial regulation, and other key goals of the Trump administration.

Yet even though the overall market did well, some stocks missed out on the gains, and Halozyme Therapeutics (HALO 0.19%), Seadrill (SDRL), and Sibanye Gold (SBSW 0.73%) were among the worst performers on the day. Below, we'll look more closely at these stocks to tell you why they did so poorly.

Halozyme Therapeutics stock fell 9% in the wake of the company having priced its secondary stock offering late Thursday. The biotechnology company said that it had sold 10 million shares of its common stock at $12.50 per share, with underwriters having the right to purchase another 1.5 million shares from Halozyme at the same price. The strategy behind the move was for Halozyme to raise money to help develop its PEGPH20 program for oncology treatments, as well as for other general purposes. Even after today's drop, new investors who bought shares through the offering got a bargain price, as the closing stock price was still about 3.5% higher than what buyers in the secondary had to pay. At this point, what's more important is whether Halozyme's program will pay off with strong results going forward. 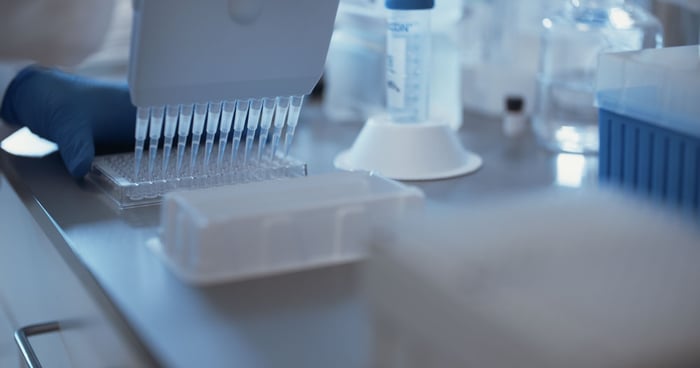 Shares of Seadrill dropped more than 8%, moving in the opposite direction of energy stocks generally. The oil market continued to regain ground on Friday, and crude oil prices finished back up above the $50-per-barrel mark. Yet as Motley Fool energy contributor Matt DiLallo noted yesterday, the offshore drilling specialist remains burdened by substantial amounts of debt, and weak industry conditions will make it extremely difficult for Seadrill to renegotiate loans from creditors without resorting to a full-fledged bankruptcy filing. Indeed, with the company itself saying that it expects that "shareholders are likely to receive minimal recovery for their existing shares" in a comprehensive restructuring plan, investors appear to be heading for the exits early to avoid the rush.

Finally, Sibanye Gold shares plunged 32%. Yet the consequences won't necessarily be as dire as the price movement might suggest, because the decline came as the result of a distribution of rights to purchase additional stock at a deep discount. Sibanye today gave its shareholders the right to buy nine shares of stock for every seven Sibanye shares they currently own, with the price of the additional shares being just $0.82. Sibanye's American depositary receipts represent four shares, so that corresponds to a purchase price of about $3.28 per ADR on the New York Stock Exchange. As long as current investors exercise their rights and buy the new shares, then they'll end up with shares that are worth an amount roughly equal to what they were worth before the offering plus what they have to pay for the new shares.