Any answers that you come up with for that question actually represent potential opportunities for areas where Facebook could expand into, considering the fact that the social network has emerged as the newest tech behemoth that wants to pervade every aspect of your life. Consider the recent introduction of Marketplace late last year, which facilitates local classified ads where users can list items for sale, for instance. What about ordering food from your favorite local restaurant? 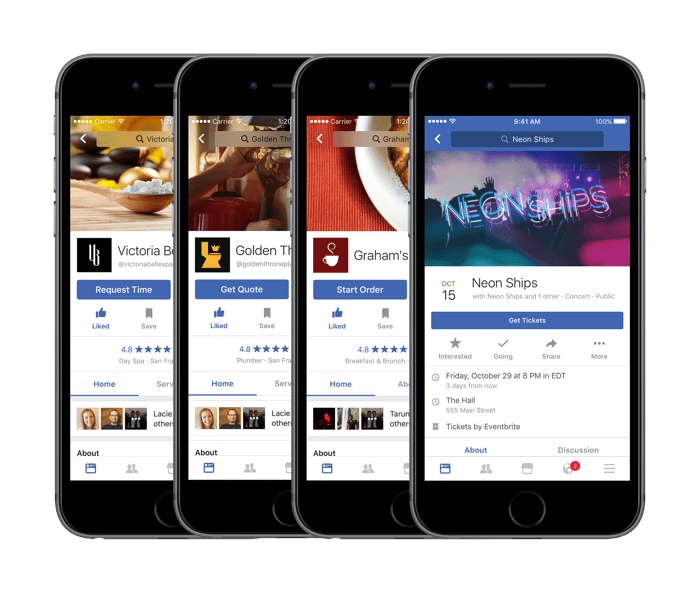 A handful of users can now order food on Facebook

TechCrunch reports that Facebook has started testing a new feature among a small subset of users that allows them to order food directly within Facebook, including both the mobile app and desktop platform. That's in line with the company's modus operandi of how it tests new features with small groups of users before broader deployments. The entire process is contained within Facebook's interface, but third-party services Delivery.com and Slice handle the back-end ordering process.

The experience is pretty much exactly what you'd expect. You can peruse menus that restaurants upload onto their Facebook Page and make your selections. Upon ordering and paying within the Facebook interface, you receive an order confirmation and all relevant details pertaining to your order.

Facebook had actually announced the capability back in October, along with other ways to interact with local businesses, such as scheduling appointments for services, getting quotes, and buying movie tickets. The company has been rolling out other features that were announced at that time, but the ability to order food appears to be just now reaching users in small batches.

What's less clear is the economics of how ordering food on Facebook works. Does Facebook take a cut of sales, or does it instead receive a small commission for the lead? Will it eventually integrate ordering and build out its own backend?

Local commerce and advertising is an incredible opportunity for Facebook, one that it has worked on addressing for years but still has seemingly little to show for it; big brand advertisers continue to dominate sales. Local businesses' ad budgets generally aren't as large. Facebook should continue expanding its local efforts

It's also worth noting that of all the social media companies, Facebook is afforded the greatest luxury to experiment and expand beyond its core platform. That's because its core ad platform is so strong that it helps subsidize the development of tangential features. Most social media rivals are still either working on solidifying their ad businesses or growing their user bases -- or both.

As in other cases, Facebook can also compete more aggressively in any of these side businesses that it starts, much more aggressively than stand-alone pure-play companies that rely entirely on those spaces, like Grubhub, among others. Facebook could charge lower fees in an effort to promote adoption and establish the behavior of ordering food on the platform.