Please ensure Javascript is enabled for purposes of website accessibility
Log In Help Join The Motley Fool
Free Article Join Over 1 Million Premium Members And Get More In-Depth Stock Guidance and Research
By Nicholas Rossolillo – Updated May 22, 2017 at 10:30PM

Fitbit landed a small victory during the first quarter. The real test will come later this year, though.

Shares of wearable fitness device maker Fitbit (FIT) have rebounded off of lows after beating expectations in its recent earnings report. It was a pretty low hurdle, though, and the company's outlook for the year remains unchanged at $1.5 billion to $1.7 billion in revenue and a per-share loss between $0.22 and $0.44. With the year off to a strong start, investors can only hope the worst is now history.

Sales were down from the same quarter last year, $299 million versus $503 million, but better than the $270 million to $290 million the company had forecast. Three million devices were sold for an average price of $96.45, a 4% drop in average per-device price, and a drop from 6.5 million devices sold in the fourth quarter.

Even though Fitbit beat its own expectations, it has a long way to go to recoup lost ground. Devices sold and revenue are down, and the once-profitable company has swung to a loss as a result. 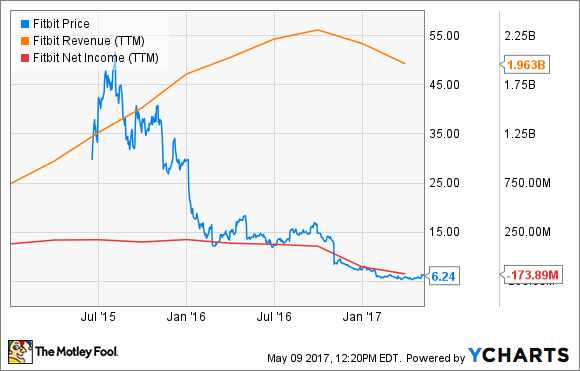 A year of transition?

Fitbit has been saying for a while now that 2017 will be a "transition year," code for fewer sales than years past. In today's world of instant gratification, investors are getting impatient. But patience will be a must, here. Why is that?

During the quarterly earnings call, CEO Kevin Park noted several trends that he thinks will eventually be tailwinds for his company:

Consumers are continuing to shift their interest toward more full-featured devices in smartwatches, employers are increasingly considering subsidies or discounts for fitness wearables, and the consumerization of the health industry is beginning to happen.

The latter two points are already in the works. Fitbit has been working with companies and health insurers to create wellness programs for employees, creating incentives for them to stay active and healthy and track that activity with a device. As for the consumerization of the healthcare industry, consumers getting educated and taking a more active role in their own wellbeing, can already be thanked for getting Fitbit this far.

But neither of those two pieces of the puzzle have helped Fitbit to grow -- at least not yet. That leaves Park's first point as the main strategy for this year's transition: the smartwatch. 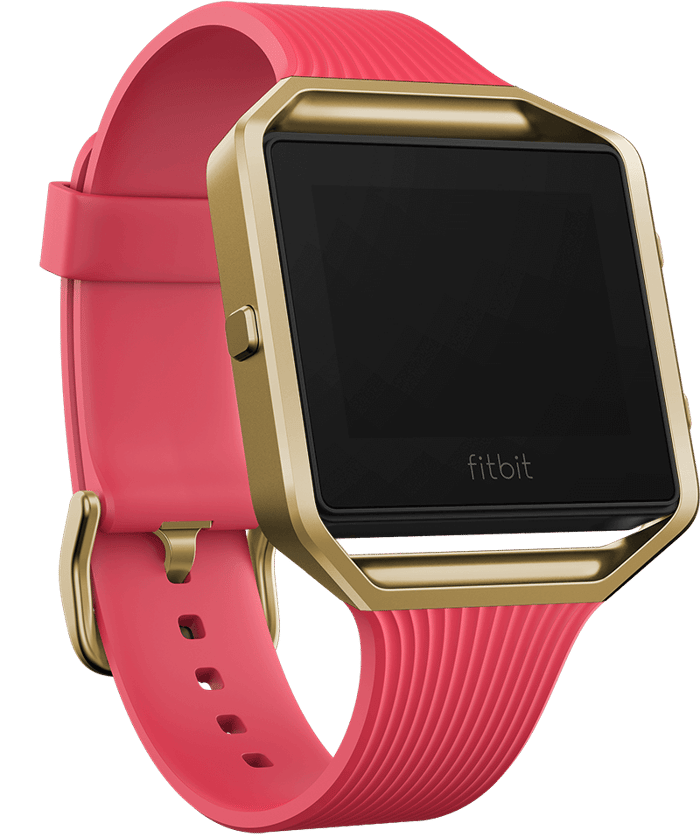 But wait, doesn't Fitbit already make a smartwatch, the Blaze and the Surge? Yes, but those devices can't compete with the more feature-rich and expensive watches made by the likes of Apple and Garmin. Rumors have been abundant that an improved Fitbit smartwatch is in the works, and it looks like sometime this fall will be the release date.

One reported problem is that Fitbit does not have a legit app store to accompany its wristbands. Park said in an interview at CES in January that he wants an app store as soon as possible, but there's no word on whether it will be launched alongside that new device this fall. That may not be a deal-breaker for the smartwatch, but it also might mean this is not the full-blown "year of transition" everyone is hoping for, either.

Will Fitbit clear its next hurdle? The second quarter doesn't have much in the way of positive catalysts, and that shows up in the guidance. With device sales and prices down from last year, the company sees sales between $330 million and $350 million, down from $587 million in the second quarter of last year.

The company was taught a tough lesson by Wall Street last year when it missed its own guidance multiple times. Share prices sank, and confidence in management dried up quickly, so perhaps the bar has been lowered on purpose to set up for another quarterly beat. The only way to know for sure, though, is to wait for the next report.

One thing's for sure: If you want predictability, this is not the investment for you. With the company still trying to make headway with business outside of device sales and making a foray into smartwatch territory this fall, the rebound may take more time than investors want it to.