Investors often overlook beauty product companies, since they're usually lumped together with bigger and more diversified personal care companies. However, beauty product makers can offer more focused growth than those bigger companies, and their product lines are generally easier to follow. 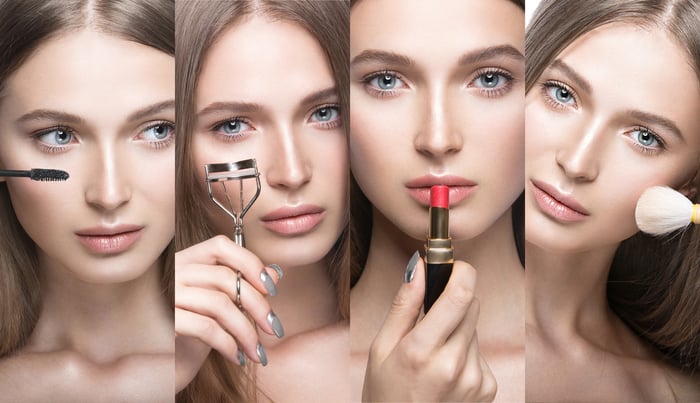 Coty sells a portfolio of more than 77 cosmetics, fragrances, and body care brands in over 130 countries. It produces licensed brands for designers and celebrities, and its top brands include Chloe, Sally Hansen, OPI, Marc Jacobs, and Calvin Klein. It expanded significantly last year when it acquired 43 of P&G's beauty brands for $12.5 billion, which added major brands like Covergirl, Max Factor, Wella, and Clairol to its portfolio.

Coty is currently the largest maker of fragrances in the world, the second largest salon hair products maker, and the third largest maker of color cosmetics. Wall Street expects the P&G acquisition to boost Coty's revenue by 74% this year, but acquisition costs could cause its earnings to fall 45%. But after clearing those expenses, analysts expect Coty's revenue and earnings to respectively rise 16% and 21% next year.

Coty pays a forward dividend yield of 2.7%. It's only raised that payout for three straight years, but it recently doubled its dividend (to $0.50 per year) and shifted from semi-annual to quarterly payments. Coty's earnings-based payout ratio temporarily exceeds 100% due to the P&G deal, but it only spent 69% of its free cash flow on dividends over the past 12 months -- so it should have plenty of room for future hikes.

Inter Parfums produces licensed fragrances for companies like Abercrombie & Fitch, Coach, Anna Sui, Dunhill, Jimmy Choo, Lanvin, and Montblanc. Its products are sold in over 100 countries worldwide. It runs its business in two divisions -- one in the United States and the other in the European Union. 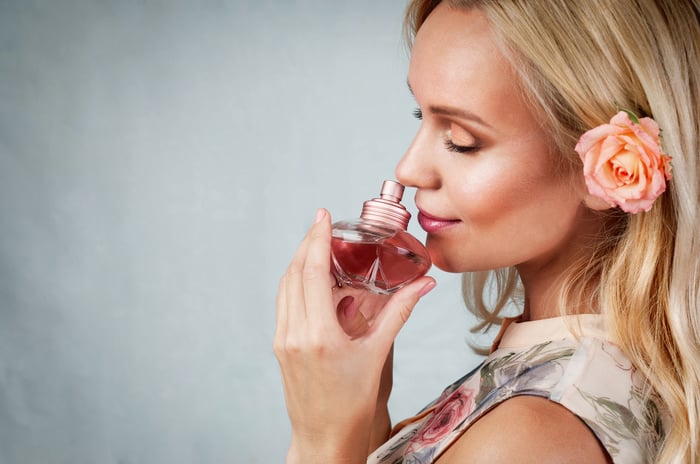 Inter Parfums' business may sound like a slow growth one, but its growth has been fairly solid. Analysts expect its sales and earnings to respectively rise 9% and 10% this year, fueled by ongoing growth in its core markets (Western Europe and North America) and fresh growth from smaller markets like China and Russia, where the company has invested heavily in new market campaigns and promotions.

Inter Parfums pays a forward dividend yield of 1.9%, which is supported by a low earnings-based payout ratio of 51%. The company spent 50% of its free cash flow on dividends over the past 12 months, and it's raised its quarterly dividend annually for four straight years.

After a rare annual dip in revenue and earnings in fiscal 2015, Estee Lauder's top and bottom line growth have remained slow but steady. Analysts expect its revenue and earnings to respectively grow 5% and 6% this year, fueled by growth in China, the travel retail channel, and well-performing new brands like Too Faced and BECCA. The company expects those tailwinds to offset tough headwinds like weak foot traffic in U.S. stores; macro challenges in the Middle East, Turkey, and Latin America; and worldwide currency fluctuations.

Estee Lauder has raised its quarterly dividend annually for four straight years, and it currently pays a forward yield of 1.5%. That yield might seem low, but the company only spent 43% of its earnings and 39% of its free cash flow on dividends over the past 12 months -- so it still has room to raise its payout.

Coty, Inter Parfums, and Estee Lauder all look like solid, slow-growth income plays, but investors should be wary of their current valuations. Coty's P/E is currently negative, due to the P&G deal, but its forward P/E merely matches the industry average of 20. Meanwhile, Inter Parfums and Estee Lauder respectively trade at 31 and 29 times earnings -- making them pricey plays for a frothy market.

Therefore, investors should probably wait for a pullback before buying any of these income generating beauty plays. For now, they should probably focus on cheaper dividend plays with less downside potential.