Please ensure Javascript is enabled for purposes of website accessibility
Free Article Join Over 1 Million Premium Members And Get More In-Depth Stock Guidance and Research
By Brian Richards - May 23, 2017 at 9:51AM

Things were so different back when Tokyo ruled the financial world. (Except for the ways that they're eerily familiar.)

I recently bought a secondhand copy of Martin Roth's Making Money in Japanese Stocks -- a book published in 1989, near the all-time high of the Japanese stock market.

It's a quick and fascinating read, both a point-in-time snapshot of a market at peak madness, and a timeless overview of Japanese business and investor attitudes and sensibilities. 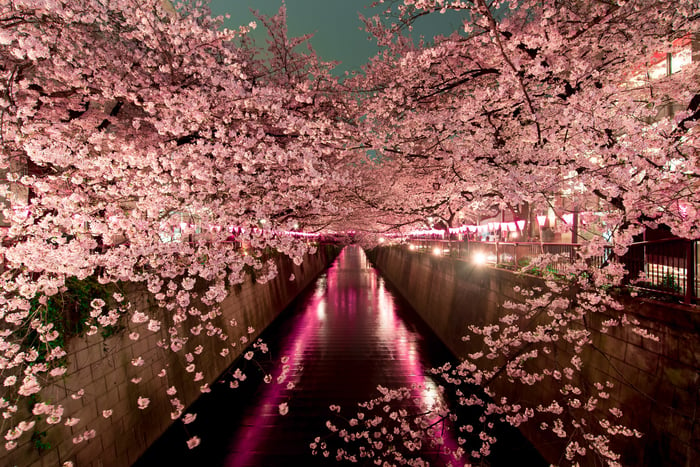 Even though it was published near the Nikkei's apogee -- a level it hasn't sniffed in the 25-plus years since -- the book is guarded and balanced on those lofty levels (qualities not present in another peak-bubble book I've reviewed).

As you can see below, 1989 was right about the top of the roller coaster:

What follows are some of the fascinating things I learned, a few of which are quite relevant today.

1. One point that should not be forgotten: How thoroughly Tokyo dominated the investment landscape of the 1980s.

Per Roth's book, as of May 31, 1988: "Eight Japanese corporations, five of them banks, were in the top 10" largest companies in the world, ranked by market cap. The only American to make the list was ExxonMobil, in sixth place. Nippon Telegraph and Telephone, Japan's domestic telecom giant, "was worth more than the top eight U.S. entries – IBM, Exxon, General Electric, AT&T, Ford Motor, General Motors, Merck, and Bellsouth – combined."  [emphasis mine]

Today, the 10 largest public companies in the world by market cap are all American. Apple, by market cap, is nine times larger than NTT (market value: about $90 billion according to data from S&P Market Intelligence).

That's a pretty incredible shift in global fortunes, all in a span of just the past 30 years. It reminds me of the adage that "all investing is active investing."

Imagine for a second that index investing had been popular back then, and "total world stock index" investors had sat back and let their bets ride along with the market over the ensuing years -- a world market dominated by Japan.

Now think about how Americans, plowing their savings into passive S&P 500 index funds, are making an active choice that U.S. stocks are the best place for their long-term dollars. Financial advisor and Pragmatic Capitalism author Cullen Roche articulated the underlying assumptions of that strategy:

If you buy the SPY index, then you're making an active choice about 500 specific stocks. But the S&P 500 is less than 15% of the world's financial assets. It's not a comprehensive index of U.S. stocks, global stocks, and certainly not a comprehensive global financial asset portfolio. There is no practical difference between buying and holding this index of 500 chosen stocks and buying and holding 5 stocks except that your costs could end up being higher if you're paying someone a fee to pick those stocks on your behalf (your fees could actually be even lower with the 5 stocks due to no recurring fees if you choose to pick them yourself) and you're likely taking more risk with the 5-stock portfolio. But you're not "passive" just because you chose an index that is comprised of a certain group of specifically chosen assets that leaves you without exposure to over 85% of the world's financial assets.

This book has reminded me that past returns are no guarantee of future results, and that a "passive" approach of buying the S&P 500 is actually quite an active investment choice.

Consider: In 1987, four of the top 10 companies granted U.S. patents were Japanese (including numbers 1-3).

Interestingly, in 2015, the latest year for which data is available, that situation hasn't changed much: Canon, Toshiba, and Sony were among the top 10 recipients of patents from the U.S. Patent and Trademark office.

3. Public companies in Japan had to cope with a wild phenomenon known as Sokaiya.

Sokaiya is a Japanese term for corporate gadflies ... who are linked to gangsters. Wikipedia says they're "specialized racketeers unique to Japan, and often associated with the yakuza, that extort money from or blackmail companies by threatening to publicly humiliate companies and their management, usually in their annual meeting."

Roth mentions in passing the "the longest stockholders meeting in recent years": a January 1984 Sony meeting, during which "directors fielded Sokaiya interrogations for thirteen-and-a-half hours on the troubling matter of why Sony's Beta-format videocassette recorders were less popular than rival VHS-format models."

To avoid this nuisance, public companies colluded to host their meetings on the same exact day, to make it difficult for Sokaiya to attend: "In Japan  most corporations close their books at the end of March, and on June 29, 1988, no fewer than 1,149 of them held their annual shareholders meeting."

4. Back in 1989, Japanese stocks were really expensive.

In early 1989, the average price-to-earnings (P/E) ratio for all stocks on the Tokyo Stock Exchange first section was around 58.

Today, on an index-weight basis, the Nikkei 225 is trading for about 18 times earnings.

5. But Japanese companies had huge numbers of cross-share holdings.

It was quite common for company A to buy company B's shares, and vice-versa. It was a way of strengthening ties with between companies and their suppliers, banks, customers, vendors, you name it.

Back then, Roth wrote, "Toyota Motor lists on its books holdings of 853 million shares in nearly 300 companies (not including subsidiaries). Such shares seldom trade."

Cross-share holdings still exist today, though not as deeply as back then. But on this, Japan lags. Germany, for example, had a similar concentration, which has all but evaporated. From a 2009 Automotive News Europe article:

Deutsche Bank has sold its remaining stake in Daimler AG in one of the final steps toward unwinding 'Germany Inc,' a once powerful system of cross-shareholdings in Europe's largest economy. ... Just 13 years ago, 60 of Germany's 100 biggest companies belonged to the shareholding network, set up as a tool to protect German companies from foreign takeover and provide support in the event of large-scale bankruptcies.

In March 1988 Nikkei Business magazine quoted a survey which put the true P/E of Hitachi at 60.1, Dai-Ichi Kangyo Bank 75.6, and Toyota Motor 25.6 The survey then factored out all shares held in cross-holdings and calculated hypothetical new P/E ratios: Hitachi 27.5, Dai-Ichi Kangyo 11.7, Toyota 3.4.

7. But the Western press wasn't buying it.

Here's Roth, quoting the Financial Times on Japanese stocks in the late 1980s: "One cannot help feeling that successful investment in Japan requires not just a suspension of disbelief but superstitious faith, too."

Score one for skeptical publications.

The Tokyo Stock Exchange is 'probably the most cynical, speculative, and manipulative major stock market in the world. Its traders are interested in the quantity, not the quality, of buying interest. The key factors in any day's trading are herd instinct, ramping, and brokers' 'stories' about what to buy for which usually spurious reason.

Its traders are interested in the quantity, not the quality, of buying interest. The key factors in any day's trading are herd instinct.... Minus the behavioral elements, this sounds a bit like the algorithmic high-frequency trading driving so much of the market's minute-to-minute movements today.

Roth is unkind to the Pollyannaish local media:

The stock press views itself as an integral part of the market, to which it displays a relentlessly optimistic posture. When stocks are moving up it is their biggest cheerleader; when they start falling the papers wonder out loud when it will be time to buy again.

This is a critique that's been leveled at the U.S. financial press as well -- see Dean Starkman's book, The Watchdog That Didn't Bite, for instance.

All mentioned in Making Money in Japanese Stocks:

12. And really, what other options did a Japanese investor have for suitable returns?

In today's low-yield environment, this may sound eerily similar: "An investor in many Western countries can garner a good return from secure government bonds or even a long-term bank deposit. But in Japan the stock market is one of the few places where investors can hope to receive a return on their investment of more than a few percent a year."

The way people in the late 1980s talked about Nomura sounds a lot like how people talk about Goldman Sachs today...

The first thing you need to know about Goldman Sachs is that it's everywhere. The world's most powerful investment bank is a great vampire squid wrapped around the face of humanity, relentlessly jamming its blood funnel into anything that smells like money.

Roth doesn't have Taibbi's prose skills, but he paints a similar picture of Nomura circa 1989:

For some observers ... the name is unloved. Others take a more extreme view, believing the company exercises some demon-like control over the entire Japanese financial establishment.

Though like Goldman today, Nomura was simultaneously hated and revered: "But many admire -- and openly stand in awe of -- the way in which the company has so successfully ... transformed itself into a financial powerhouse capable of taking on the world."

Fun fact: In the late 1980s, more Oxford and Cambridge graduates worked for Nomura than for any institution other than the U.K. government.

14. As similar as East and West may have seemed, here's a reminder of how different they were in 1989.

This table outlining the differences in living standards is eye-opening:

We know how the story of the Tokyo bull market ended. But reading a book that was published when Japan's stock market was at its zenith has been a valuable reminder of the stories we were telling ourselves (or actively avoiding) back then, and the emotions that fueled that epic run-up.

Credit to Martin Roth for writing a book that's far less dated than I expected when I ordered it from a used bookstore.