Please ensure Javascript is enabled for purposes of website accessibility
Log In Help Join The Motley Fool
Free Article Join Over 1 Million Premium Members And Get More In-Depth Stock Guidance and Research
By Tyler Crowe - Updated May 23, 2017 at 2:51PM

Shares of Target Corporation, ExxonMobil, and W.W. Grainger are well off of their highs lately. Perhaps it's time to take a closer look.

For a company to achieve the rarified status of Dividend Aristocrat -- which means it has raised its dividend annually for 25 consecutive years -- indicates it has overcome market challenges and multiple market cycles to produce extraordinarily consistent results. For the most part, the stocks of these stalwarts of consistency don't sell for a discount that often. However, some do experience difficult periods and can lose that Dividend Aristocrat status if the business fundamentals start to unravel. 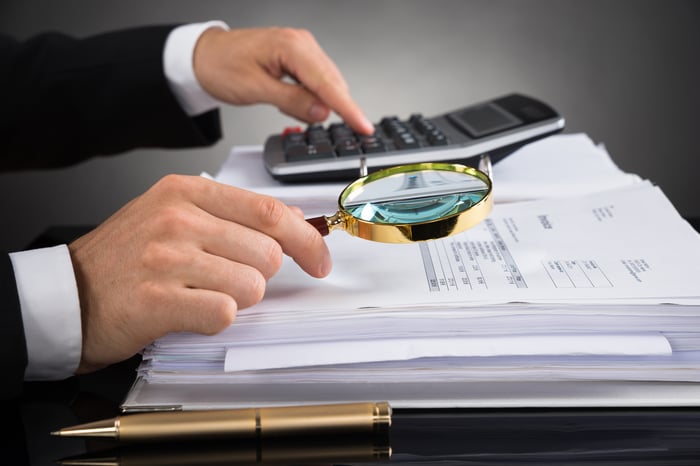 Caught on its back foot

Retail has always been a tough business, but the past couple quarters have been especially challenging. Even retail giants like Target haven't been immune, as the company's stock is down 19% over the previous year.  While it would be easy to chalk it up to the general malaise among retailers, that would ignore some of the lingering issues for Target.

Last quarter, the company announced better-than-expected earnings, but those expectations were terribly low, as it produced a same-store sales decline of 1.5% -- and that includes growth from its online sales. Same-store sales for its brick-and-mortar stores were down 2.2%.

While Target did show some growth in online sales that should give investors hope, they are doing so at a much slower pace than its largest rival, Wal-Mart. Wal-Mart's e-commerce sales grew 63% this past quarter and were a significant factor in boosting overall revenue. Target is hoping that its Restock program -- free next-day delivery for select "essential" products" -- will be a viable alternative to Wal-Mart's free shipping options or Amazon's (AMZN 0.14%) free delivery options for Prime members. It's still in the development phase and only available near its Minneapolis headquarters, though, so the company is still well behind the competition.

Some people on Wall Street think that this better-than-expected sales decline is the first signs of a turnaround, but Target will need to prove that it can deliver on an e-commerce platform that can be more than just a replacement of its brick-and-mortar stores. Until we see some material progress toward this, it's hard to justify buying shares of Target just to take advantage of the low stock price and its 4.3% dividend yield.

If this downturn won't break the streak, it's hard to see what will

When it comes to investing in oil and gas these days, the only question that investors seem to care about is how much exposure a company has to shale drilling. Those independent producers in places like the Permian Basin are growing like gangbusters lately even with oil hovering at $50 a barrel, and those companies that aren't putting up big growth numbers are getting left behind.

ExxonMobil is one of those industry stragglers. As of the last quarter, production declined 1% when you adjust for turnaround and maintenance work. Much of that fall has to do with the large drops in capital expenditures over the past few years. The only reason that earnings results have improved is higher price realizations of oil and gas. As a result, its shares have yet to recover from the oil price crash and are down 19% over the past three years.

The trouble with comparing ExxonMobil to those independent producers is that they are completely different businesses. ExxonMobil's 4.1 million barrels of oil equivalent per day of production means that it has to bring a lot of new production on stream to move the needle, and that typically involves investing in major projects or substantial investments. It appears that, based on some recent purchases, it's ready to do just that. On top of a $5 billion acquisition of acreage in the sought-after Permian Basin, it has also made two multibillion-dollar purchases to acquire major natural gas fields in Papua New Guinea and Mozambique. These two places that hold immense promise as hubs for LNG export.

What's more, the company has been able to maintain its Dividend Aristocrat status throughout the recent crash. For investors looking for the stability of a long-term dividend stock, these past two years were the perfect test of ExxonMobil's resilience.

Another company threatened by Amazon

For decades, W.W. Grainger supplied businesses with maintenance, repair, and operating equipment. It was a high-margin business that generated fantastic rates of return, and management rewarded investors by growing its dividend and buying back stock at a steady clip.

Over the past few quarters, though, it has faced the one challenge that scares just about every retailer or supplier: Amazon entering its specific space. One thing that e-commerce platforms have done to this niche industry is create more price competition for what was a protected market for Grainger, and that has been slowly eating away at its total sales on both a volume and revenue basis. This past quarter, management made the decision to implement some major price cuts to remain price competitive with its e-commerce competition.

As a result, revenue increased only 1% and its lofty margins took a hit, but total sales volumes grew at the fastest pace in years. Management decided that it will continue with some price cuts for both Grainger's contract and non-contract sales. That will hit sales and margins but should help maintain relationships with its large clients. This is the one thing that it has going for it over other consumer-based retailers like Target: Large clients where it has developed customer relations and procurement contracts that help to protect sales.

The other good thing is that Grainger has a lot of wiggle room. Earnings are on the decline lately, but it's still generating a 24% return on invested capital and generating plenty of free cash flow to support its shareholder-friendly initiatives. It may be in for a tough fight to win over the hearts of customers with the threat of Amazon out there, but Grainger's financials are healthy enough to give it time to figure things out and keep its payout in place.

Here's Why Shares of W.W. Grainger Jumped 13% in November

3 Dividend Stocks You May Be Overlooking

4 Stocks That Cut You a Check Each Quarter