China is already one of the world's biggest economies and is growing at a very fast rate, lifting millions of Chinese into the middle class every year. This has created a unique opportunity for investors. The best part? You don't have to buy high-risk, slow-growth stocks to profit from it.

As a matter of fact, China Mobile Ltd. (ADR) (NYSE:CHL), Apple Inc. (NASDAQ:AAPL), and Starbucks Corporation (NASDAQ:SBUX) are already big players in China. Furthermore, they are all dividend payers, with a lot of positive factors that should lead to dividend growth in the future. 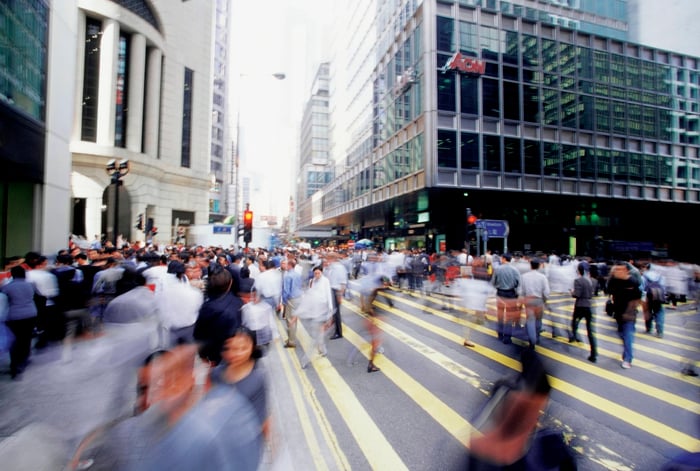 China is still one of the fastest-growing major economies in the world. Millions of new middle-class consumers are coming. Image source: Getty Images.

If you truly want to profit from the long-term growth potential of China's exploding middle class, these three dividend stocks might be perfect for your portfolio. Keep reading to learn why.

China Mobile is the country's largest cellphone service provider and, like its major competitors, is controlled by the Chinese government. That does create some risk (and is a key reason why the other companies in this article are not strictly Chinese) due to the influence of politics and how it affects the competitive environment, but there is still strong upside.

The company already operates the biggest 4G network in the world, but as of the end of 2016, more than one-third of its customers had yet to make the jump to 4G. This means China Mobile is positioned for growth both from upgrades of existing users to the latest technology but also from a steady increase in smartphone users. 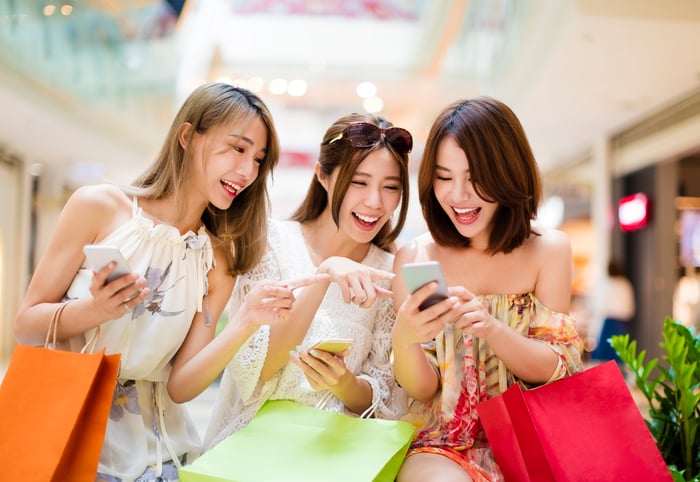 It's not just smartphone users who will drive the future for China Mobile. Connecting machines to the internet (and remotely to other machines) is set to be a major source of growth, particularly as automation becomes more important. Last year, China Mobile reported Internet of Things connections increased from 65 million to 103 million.

China Mobile's dividend and stock price have fallen in recent years, with the company dedicating more capital and operating spending on expanding its network. Its shares yield around 3% at recent share prices, and the company has a very conservative payout policy and maintains a very strong balance sheet. The company's focus on growing its 4G and next-generation network is a key priority, and that could impact the dividend in the short term, but it will keep China Mobile positioned as the dominant wireless provider in China for years.

Apple is down in China but far from out

When global computing giant Apple reported earnings in May, there was plenty of reason to be concerned about its results in China, with a 13% drop in revenue in the country, and steady reports that the iStuff maker was losing market share to several Chinese phone makers.

However, it's far too early to count Apple out. After all, the Chinese smartphone market is growing quickly. In addition, almost all of the market share growth by competitors has been on price. That's a game Apple has generally avoided, instead staying focused on what it does well: build arguably the best smartphones in the world and sell them for a premium price.

The challenge in China recently is that many smartphone buyers have proven happy to spend less on one of the many "good-enough" products from Apple's competition.

Yet Apple still remains the top-tier smartphone in China, and has also proven to have some of the best brand loyalty in a market that's proven to be incredibly fickle. Apple has also seen sales of PCs, iPads, and services grow in China in recent quarters, evidence that its brand remains strong in consumers' minds, particularly China's wealthiest consumers.

At this writing, Apple stock yields 1.7%, and the dividend is almost certain to grow for years into the future. The company has earmarked a whopping $300 billion in capital to return to shareholders through dividends and share buybacks. With $173 billion in net cash and equivalents on the balance sheet and a run rate of more than $50 billion in annual free cash generation, the company is in excellent shape to continue capital returns while also investing in the business.

So while other smartphone makers may sell more phones in China than Apple, the company's focus on selling a high-end device at a very profitable price is worth a lot more to the bottom line than a race to the bottom for the sake of market share. Over the long term, the continued growth of China's middle class should translate to strong sales and profits for Apple in the country. After all, even after falling out of the top overall market share spot, the iPhone 7 is still one of the best-selling smartphones in China.

Starbucks says China could be its biggest market

With all of the concerns surrounding Starbucks' recent slowing of same-store sales growth, China continues to see strong customer demand growth in both its existing shops and for new locations. The company reported 7% comps growth in China, more than double the 3% growth rate across the entire company's comps base.

Starbucks doesn't break out its sales in China, but there are some data points that emphasize just how much this market is growing. Revenue was up 13% in the China/Asia-Pacific segment, easily Starbucks' best-performing segment. On top of that, the company is opening new stores at a very high rate in China right now -- nearly one every 15 hours -- with the goal of doubling from 2,500 stores in 2016 to over 5,000 by 2020. And it's not likely the company will stop there; to the contrary, we could see a further acceleration of growth in China. After all, the country's middle class is on track to reach 500 million within five years and continue growing beyond that. This is exactly why Starbucks' management anticipates that China will eventually become the company's biggest single market.

Like Apple, Starbucks' yield is relatively small right now at about 1.6%, but the company has already increased it by 400% since paying its first dividend in 2010. Put it all together and the odds are very good that Starbucks' dividend will continue to grow for many years to come.