In the meantime, in between time, Honeywell shares have... well, to be honest, they haven't done much. After initially spiking on news that an activist has taken an interest in the stock, shares settled down to book less than a 1% gain  on the day Third Point's letter came out. The shares have remained decidedly noncommittal since -- surprisingly so, given that by Third Point's estimation, breaking up the company could deliver gains of up to $20 billion to shareholders.

What are the chances of that happening? To find out, let's take a closer look at what Third Point said -- and what Honeywell is saying in response. 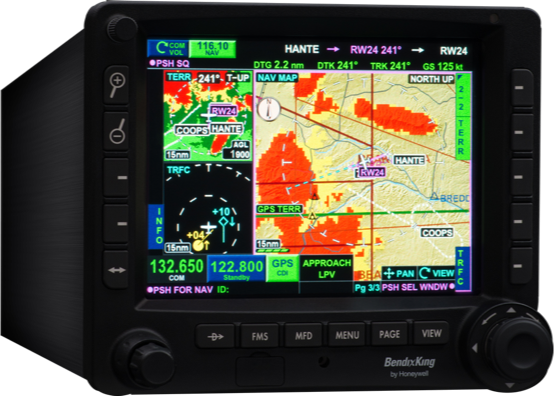 A $17 billion hedge fund based in New York, Third Point has a good record of making money for its investors -- about 16% annualized returns since it was set up in 1996. Third Point first disclosed its stake in Honeywell in February and then followed that up with April's letter, in which the hedge fund explained why it thinks Honeywell should break up.

Key to this is Third Point's belief that despite Honeywell's "attractive positioning and financial characteristics ... the stock trades at a substantial discount to its industrial peer group." Says Third Point, "the large-cap industrial peer group that most closely resembles Honeywell (ex-aerospace) in terms of profitability, returns on capital, growth characteristics, and end market exposures ... currently trades at an average forward P/E multiple of 23x, a nearly 30% premium to Honeywell's forward P/E multiple of 18x."

Third Point believes that by divesting aerospace, the remaining Honeywell divisions would enjoy a richer valuation, while aerospace would be worth at least something. The sum of these two parts would exceed the value of the currently united whole by "in excess of $20 billion."

That possibility gives investors a pretty big incentive to hear Third Point out. But before we accept its argument at face value, let's see what Honeywell has to say.

At its Aerospace Investor Showcase held Friday, Honeywell emphasized that it "has invested over $18 billion in aerospace" since 2010 -- investments that would be lost to Honeywell shareholders if it spun off the aerospace unit before having a chance to profit from those investments. Honeywell expects its investments to yield "$55 billion in cumulative [aerospace] revenues" from "new OEM platforms" it has created "over their platform lives."

Honeywell sees aerospace sales growing 3% to 4% annually over the next five years, and earning operating profit margins of 25%. For context, aerospace currently produces only 20% operating margin for Honeywell today, according to data from S&P Global Market Intelligence.

If Honeywell is right, the $14.8 billion in aerospace sales it booked in 2016 could grow to perhaps $17.5 billion in five years' time -- 36.5% of the revenues that Wall Street predicts Honeywell will generate in 2021. That would be down slightly from the 37.5% of Honeywell's business that aerospace represents today, and so it seems to me an argument that Third Point is right that aerospace is a drag on the company's overall results.

At Honeywell's hoped-for 25% operating profit margin, though, this would also mean that the aerospace unit (which Third Point wants spun off) could generate profits of $4.4 billion in 2021. That might amount to perhaps 44% of the company's profits that year -- versus the less than 42% that aerospace contributes today. And this suggests that in divesting aerospace, Honeywell might risk depriving shareholders of the long-term benefit of the $18 billion it has invested in aerospace over the past seven years.

Which wouldn't make much sense.

But what about Third Point's argument that spinning off Aerospace would create $20 billion in new shareholder value -- immediately?

On one hand, Third Point is right that investors are paying much higher stock multiples for a lot of other industrial companies today, than they're anteing up for shares of Honeywell. Emerson Electric, 3M, Rockwell Automation -- all companies that Third Point lists as near-peers -- sell for valuations of more than 20 times forward earnings, whereas Honeywell shares are valued at just 17 times forward earnings today. Maybe, if Honeywell made its business look a bit more like theirs by selling off its aerospace business, investors would accord its remaining businesses a more favorable valuation -- but then again, maybe not.

After all, with $99.4 billion in market cap and $4.9 billion in trailing profit, Honeywell stock trades for more than 20 times trailing earnings today. That hardly seems a stingy valuation, given that Honeywell is expected to grow its profit at only 10% annually over the next five years. I think it's far from certain that Honeywell would, by divesting its Aerospace business -- by far its largest producer of profits already, and a likely source of even more profits in years to come -- convince investors to pay even more for its stock.

What is clear to me is that Honeywell has a good thing going with its Aerospace business. It would be a shame to throw that away in a fit of financial engineering, right before the long-term investment it has made in the division has a chance to pay off.