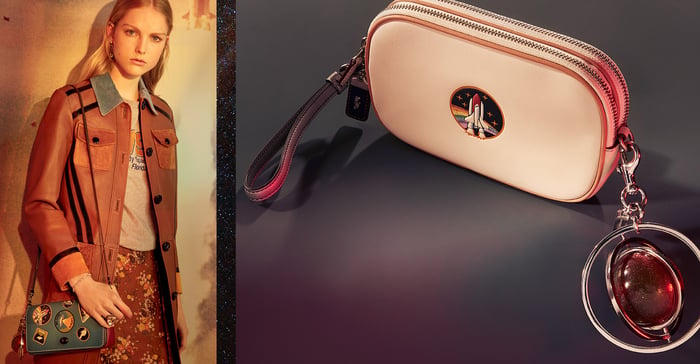 In recent years, Coach has tried to balance sales of its higher-end products with sales of its cheaper outlet ones. That balancing act has been tough to pull off, since selling too many lower-end products arguably cheapen its brand, while its pricier products face tough competition from LVMH's Louis Vuitton and other high-end players.

However, Coach's currency-neutral growth in China, its hiring of British designer Stuart Vevers to reboot its lineup, its well-received collaboration with Disney, and its recent decision to acquire Kate Spade (NYSE:KATE) all indicate that the company's growth could get back on track. Analysts expect Coach's revenue to stay nearly flat and for its earnings to grow 9% this year, but that estimate doesn't account for the Kate Spade purchase, which should lift its annual revenues by over 30% and boost its operating margins.

Coach currently pays a forward dividend yield of 3%, which is supported by a payout ratio of 73%. Acquiring Kate Spade should cause that ratio to temporarily spike, but Coach has hiked its dividend every year since introducing it in 2009 -- so it probably won't cut its payout anytime soon. 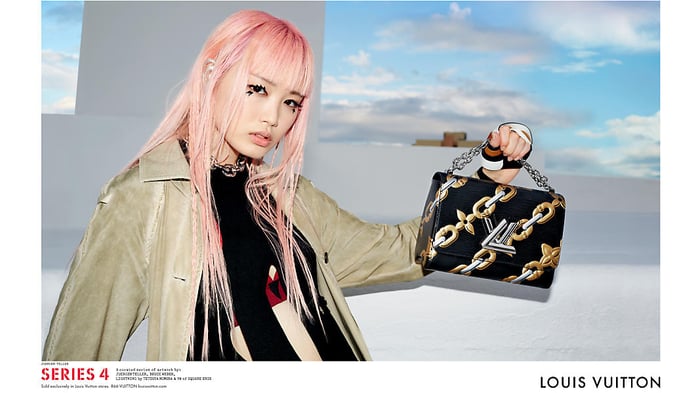 LVMH also streamlined its business by selling its Donna Karan brand and acquiring luxury luggage retailer Rimowa. That's why analysts expect the company's revenue and earnings to respectively rise 9% and 16% this year. LVMH currently pays a forward dividend yield of 1.7%, but its payout ratio of 45% indicates that it still has plenty of room to raise its payout -- as it has done annually for the past seven years. However, investors should note that LVMH pays semi-annual dividends, and the actual amount for ADR shareholders will fluctuate based on exchange rates between the euro and the dollar.

Tiffany currently pays a forward yield of 1.9%, which is supported by a payout ratio of 49%. The jewelry giant has hiked that payout annually for seven straight years. Despite a few hiccups in demand over the past few years, Wall Street expects the company's revenue and earnings to respectively rise 3% and 6% this year. 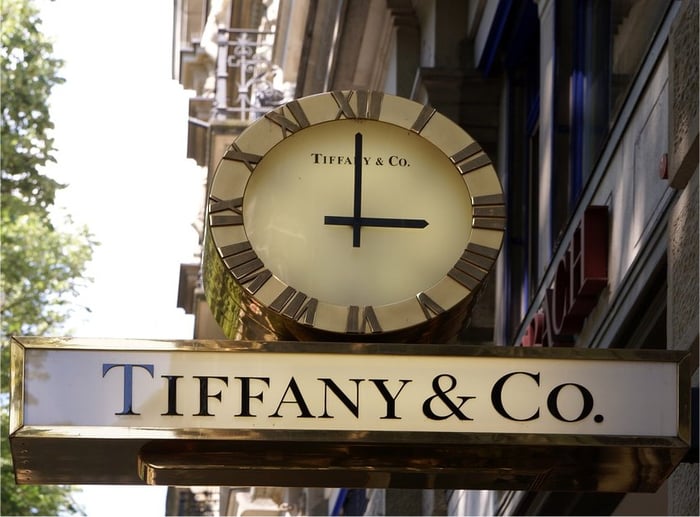 In recent quarters, Tiffany has relied on robust demand in mainland China and other Asian markets to offset softness in the Americas and Europe. Newer designs from Elsa Peretti and Paloma Picasso have also lifted sales of its designer jewelry.

Several firms and big investors recently noted that Tiffany remains a best in breed play on the luxury sector. Goldman Sachs recently upgraded the stock from Neutral to Buy, claiming that it will benefit as spending from international tourists and high-end U.S. consumers accelerates. Activist hedge fund Jana Partners has also been increasing its stake in Tiffany, making it one of its top five holdings as of April.

But are these stocks ideal income plays?

Coach, LVMH, and Tiffany might be good income plays for investors who crave better growth than traditional high-dividend plays like utilities or telecom companies. But these luxury stocks are also riskier, since they'll likely fall further during recessions and market downturns.

Moreover, all three stocks trade at steep premiums to the industry average P/E of 18 for luxury retailers. Coach has a P/E of 25, LVMH has a P/E of 29, and Tiffany trades at 26 times earnings. Therefore, it may be prudent to stick with cheaper dividend stocks in other industries until those valuations cool down to more sustainable levels.