Though its shares were knocked down after the November election, the gunsmith is on track for growth again.

Not that there was ever much reason for American Outdoor Brands (SWBI -1.32%) shareholders to worry that the company was financially at risk, but concerns that an expected post-election lull in gun sales might take some time to pass did weigh on its stock. Yet, as recent data has demonstrated, those concerns, if not misplaced, were a bit overdone.

Raw and adjusted gun sales data shows that demand remains strong on a historical basis, even if it is below last year's record-setting pace. Additionally, the gunsmith's entry into the rugged outdoors market should eventually add meaningful contributions to revenues in a way  that also smooths out volatility. 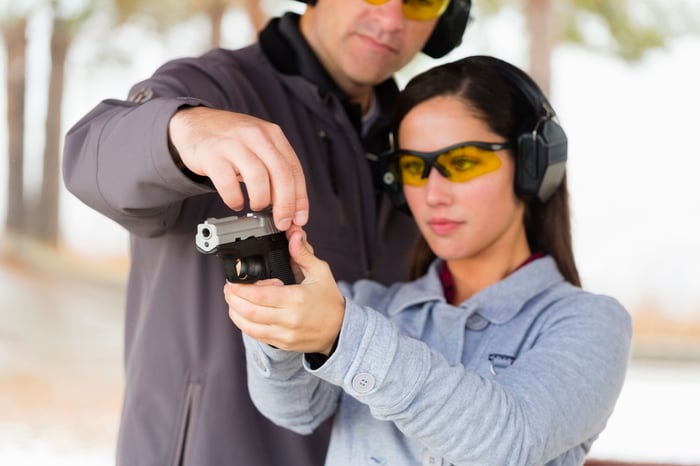 As the latest earnings report from industry peer Sturm, Ruger (RGR -0.43%) shows, demand for firearms remains robust. The "Trump slump" that some industry watchers had feared -- expected as would-be buyers' sense of urgency to purchase faded, given the unlikeliness of any new gun control regulation -- was brief, and further sales growth could be coming.

Ruger's first-quarter revenue fell 3% to $167 million, which was a better result than analysts were anticipating, while earnings came in flat at $1.21 per share. The FBI reported April background checks of gun buyers came in at over 2 million, but the industry's National Shooting Sports Foundation, which adjusts the numbers to account for checks that include concealed carry permits and such, says guns sales were flat year over year at 1.1 million (actually up 400 or so).

Gunmakers have been arguing for some time that what we were seeing was not a diminution of demand, but rather a normalization of the trend, and that has largely meant higher sales over time. Last year was a watershed event in the industry that culminated in the election of a  pro-gun president and Congress, which did result in an immediate sharp drop in sales. But it was short-lived, and background checks continue to run some 20% ahead of 2015 numbers, the previous all-time high. 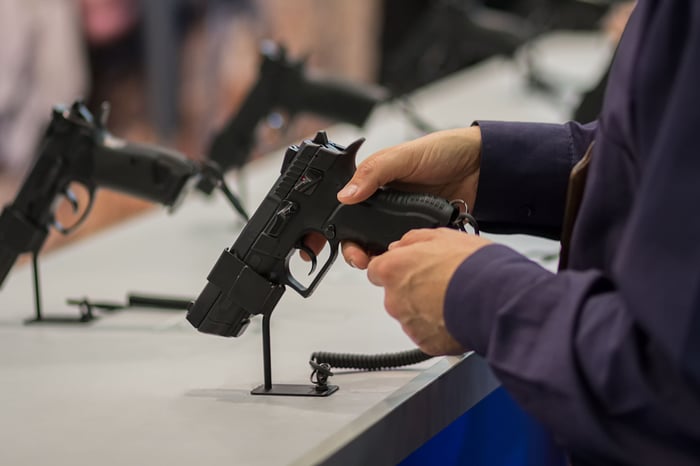 Now, there is something to be said for the promotional environment the industry finds itself. Having expected a different electoral outcome, dealers and retailers stocked up on firearms in anticipation of a big push that did not come, and therefore have been marking down price to clear out inventory. That will artificially drive up sales. Gun control legislation itself only impacts the timing of a purchase, not so much the demand for weapons, so the discounting is evening things out. Ruger expects inventories to stabilize later this year.

That suggests 2018 could be another surprisingly strong year for the gunmakers, and with discounts their stocks are exhibiting -- even after the recent bounce they enjoyed -- there's still plenty of runway ahead.

Of course, American Outdoor Brands made a big deal of its increased focus on the rugged outdoors market last year, both by changing its name from Smith & Wesson, and also by making a number of acquisitions that support its new objective. Because this is a market that is orders of magnitude larger than firearms, it gives the company opportunities to pad its top line with new revenue streams.

Yet investors should be aware of a few risks. First: This is not an under-served market, and some of the many players in it are significantly larger than American Outdoor, so its entry won't be a cake walk.

Second, this market is already undergoing an upheaval. A wave of bankruptcies among sporting goods chains has diminished the number of outlets American Outdoor will be able to sell into. Even Dick's Sporting Goods (DKS 1.24%) just posted a negative earnings surprise, and the downturn has weighed heavily on Vista Outdoor (VSTO -3.20%), which, like American Outdoor Brands, serves both the firearms market and the sporting goods industry. 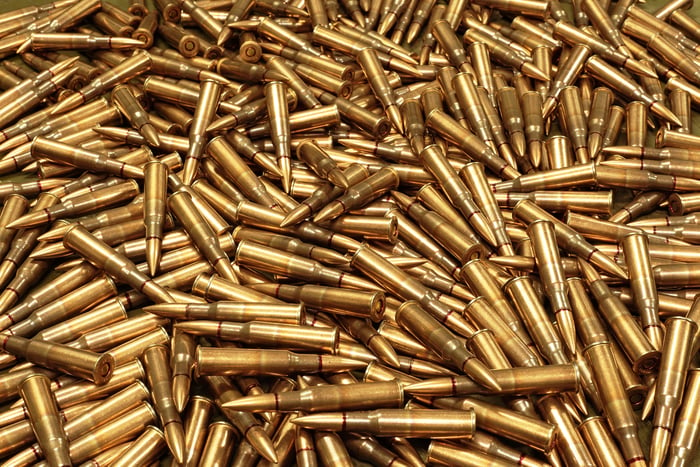 While weak gun and ammunition sales hit Vista particularly hard since shooting sports account for 54% of its sales, its outdoor sports segment is also struggling, and the company sees the weakness continuing through 2018.

American Outdoor Brands is just breaking into this market, so it's not going to see an material contribution yet, but by the same token, it's not going to hurt it much now either. And because the acquisitions it has made largely run parallel to the firearms business -- for example, its purchase of laser sight maker Crimson Trace goes hand in glove with guns -- it can still insulate itself from the worst of any downturn.

Firearms still account for around 90% of American Outdoor Brands' revenues, and its fortunes will rise and fall on based on trends in that industry. Given that the signs point to a resumption of sales growth, it appears investors in the gunslinger have nothing to worry about.