Invest in a business a fool can run because someday, a fool will.

The above quote isn't one of my favorites from legendary investor, Warren Buffett. The CEO of a company sets the tone, drives the culture, and guides the strategy of a business. Having a fool (lowercase "f") at the helm can often steer the company in the wrong direction. Nevertheless, I do believe that Buffett was referring more to the importance of a strong business model rather than discounting leadership entirely. After all, many of his acquisitions at Berkshire Hathaway occurred with the caveat that current management remain in place.

When beginning to research a business for the first time, I typically start by analyzing the strength of its leadership team. Poring over financial statements is one way to judge a management team. However, many aspects of the job are intangible and can be difficult to judge. So how does an investor evaluate a strong CEO and executive team?

Although not an exhaustive list, I like to start by looking at three factors -- experience, employee satisfaction, and whether executives and shareholders are tied at the hip in terms of compensation. Let's see where Accenture (NYSE:ACN) falls within this framework. 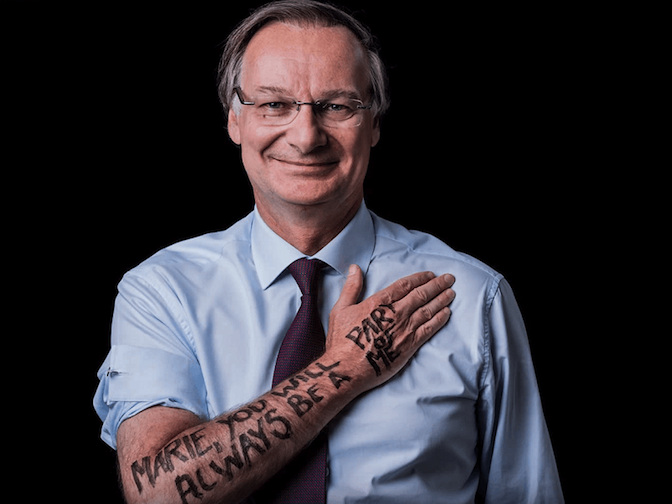 Pierre Nanterme has led Accenture since January 2011 (he is also the company chairman). Although he has only been in the corner office for about six years, Pierre is a 33-year veteran of the company, holding various leadership roles during this time. Investors have had plenty to cheer the past six years, as the stock has outperformed the S&P 500 handily. 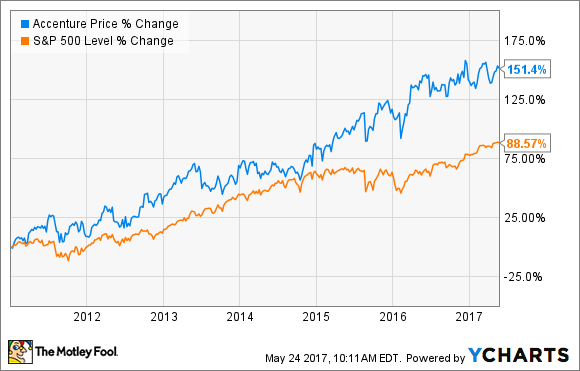 During his tenure, Accenture has increased revenue and free cash flow at an annualized rate of 27% and 34%, respectively. The company's strong performance has led to Nanterme's being named Fortune's "Businessperson of the Year" in 2015. He was also on Harvard Business Review's 2016 list of "Best-Performing CEOs in the World."

For a company with over 400,000 employees and operations that span 55 countries, a CEO is highly dependent on his or her lieutenants. At Accenture, that group appears to be equally capable. The average tenure of its 13-person executive team is 28 years. Only one executive has been with the company less than 10 years. Normally, I would be turned away from a company with a management team with so many miles under their belts. However, the average age of the executives is under 54, with a long way to go before retirement. This is telling in that most of the executive team has stuck with the company since they were in their 20s, likely just coming out of graduate school. The company promotes from within, and Accenture's culture is ingrained in its management.

Although I might disagree with Buffett on the value of leadership, I am a big believer in his partner Charlie Munger's thoughts on the power of incentives:

I think I've been in the top 5% of my age cohort all my life in understanding the power of incentives, and all my life I've underestimated it.

Incentives are a powerful driver of human behavior, which is why I believe it's one of the most important metrics when analyzing leadership. According to company filings for fiscal 2016, Nanterme's compensation was 74% long-term equity incentives, 16% annual cash bonus, 5% base salary, and 5% one-time discretionary cash bonus. As for the entire executive team, a significant portion of their compensation is tied to meeting performance objectives over a three-year period. The metrics on which the executive team is judged are as follows:

I wouldn't mind seeing part of the compensation tied to free cash flow growth rather than earnings growth, as earnings can often be manipulated. Otherwise, the executive compensation plan for the company strongly aligns with shareholders' interest. Another item to note is that insider ownership made up only 0.21% of all shares outstanding. But as of March 28, the CEO did own over $30 million in Accenture stock.

According to a study by the London Business School, companies with high employee satisfaction outperformed their peers by 2.3% to 3.8% per year over a 28-year time horizon. The results also suggest that it's employee satisfaction that drives good performance, rather than the other way around.

In 2017, Accenture was ranked #88 in Fortune's list of "100 Best Companies to Work For" -- this marked the ninth year the company has been featured on the list. And according to data from Glassdoor, 82% of respondents would recommend the company to a friend, while 94% approve of the CEO. The overall employee rating of the company is also trending upwards. While Glassdoor data can sometimes be distorted by small sample sizes, Accenture has 24,000 reviews. Here is a glimpse of professional life at the company. 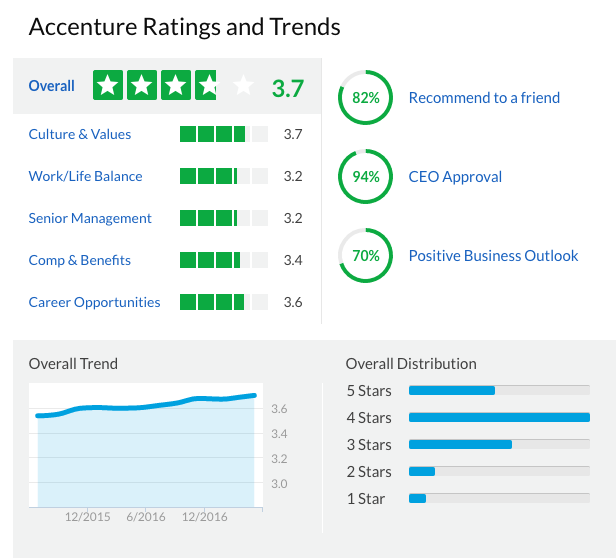 The importance of employee satisfaction is not lost on management. In fact, Mr. Nanterme was once the company's Chief Leadership Officer, putting him in charge of developing the company's leadership program. And his investments in leadership have continued since becoming CEO -- the company spent $941 million in 2016 on training and professional development, a 12% increase from fiscal 2015.

As the stock has more than doubled in price over the last five years, Accenture shareholders have been treated well. With a strong and experienced leadership team, an economically aligned compensation program, and happy employees, it appears the foundation for strong future returns is also in place.