Please ensure Javascript is enabled for purposes of website accessibility
Log In Help Join The Motley Fool
Free Article Join Over 1 Million Premium Members And Get More In-Depth Stock Guidance and Research
By John Ballard – May 25, 2017 at 9:07PM

Overwatch keeps impressing with its large, growing player base.

Activision Blizzard (ATVI -0.83%) recently reported its first-quarter results for 2017, and it was another great quarter. Over the last 12 months, players have spent about 40 billion hours playing Activision Blizzard's games, a double-digit percentage increase over the first quarter of 2016.

What caught my eye for the quarter is the continued growth of Overwatch, which now has 30 million registered players. The game added 5 million more players in the first quarter alone. 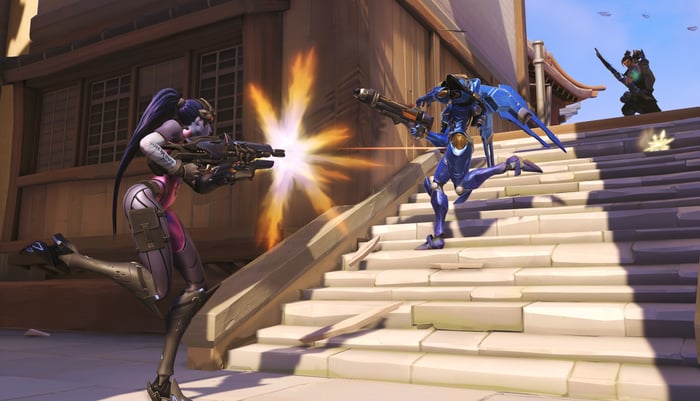 The growth and high engagement of the Overwatch player base helped drive a 30% year-over-year increase in micro in-game purchases for "loot" boxes, which provide players things like different outfits to dress their characters. This perhaps more than anything shows how attached players are to the game, because the content from loot boxes doesn't enhance the player's performance in the game at all -- it's all cosmetic.

Part of Blizzard's strategy to keep players engaged with the game is releasing seasonal events. These events drive higher in-game spending by offering unique seasonal-themed content for a limited time.

Michael Morhaime, president and CEO of Blizzard Entertainment, talked about the importance of these seasonal events:

We've seen new players come into the game when we release new types of gameplay through our seasonal events. And we have a lot of opportunities to continue doing that.

It's unique in the gaming industry to have a major franchise appeal equally all around the world like Overwatch has. This is obviously very exciting for management and represents a big opportunity for the company to capitalize on the game's global popularity.

Morhaime explained how they see the opportunity to grow the franchise across different initiatives within the company such as consumer products and e-sports:

Our out of game linear media via comics and animated shorts has been really successful in fueling passion for the game's lore. And we think there's an ongoing opportunity there as well. Our existing e-sports community is really strong and it's growing. The Overwatch League is poised to accelerate that even more. So we're early in Overwatch's story with many growth opportunities still ahead.

The Overwatch story is just beginning

The momentum with the Overwatch franchise is a great sign as the company gears up for the start of Overwatch League. Activision Blizzard is currently in the process of selling teams to prospective team owners. On the first-quarter earnings conference call, CEO Bobby Kotick said, "We've been out meeting with prospective team owners, both endemic teams as well as professional sports team owners, and the reception has been terrific."

Overwatch is definitely killing it, and it's poised to get even better.