The streaming pioneer is, in many respects, just getting started.

No other company has done as much to reshape the entertainment industry over the past decade than Netflix (NFLX -0.27%). As a result, the streaming giant has seen its stock put up one of the best performances among all publicly traded companies since its 2002 IPO. 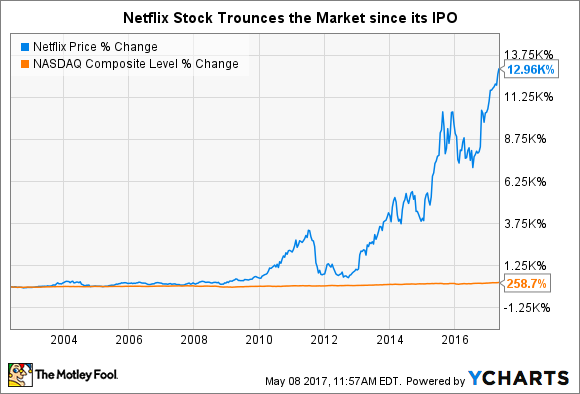 Of course, Netflix's stock chart only tells the story of what the media giant has already done, while giving little, if any, information about whether Netflix shares remain a buy today. So here are several important investing metrics to frame our analysis:

For those still interested, buying Netflix stock requires only a few simple steps. To learn more about the investing basics of getting started in the stock market, the Fool's guides on how to sign-up for an online brokerage account and buy your first stocks are required reading before proceeding any further. Once you have these items mastered, the next thing to do is determine why you might want to invest in Netflix. Let's take a look.

Founded in 1997, Netflix adjusted its business model and products several times en route to becoming the massive success it is today. The company first focused on a la carte DVD rentals and eventually started a subscription rental service. Netflix went public in 2002 and migrated into streaming in 2007, a move that helped raise its subscriber count to 7.4 million by the end of that year.

However, releasing its own original content has probably been its most important strategic move to date. The innovation helped attract new users, and, more importantly, it differentiated Netflix from a growing list of competitors. These days, nearly every streaming provider has mimicked Netflix's differentiation-through-original-content tactic, though none has matched its success.

Last year, Netflix's sales climbed 30% year over year to $8.8 billion. It counted 98.7 million subscribers as of its most recent quarterly report and should break the 100 million barrier during Q2 2017, its current quarter. In nearly every sense, the future is bright for Netflix. 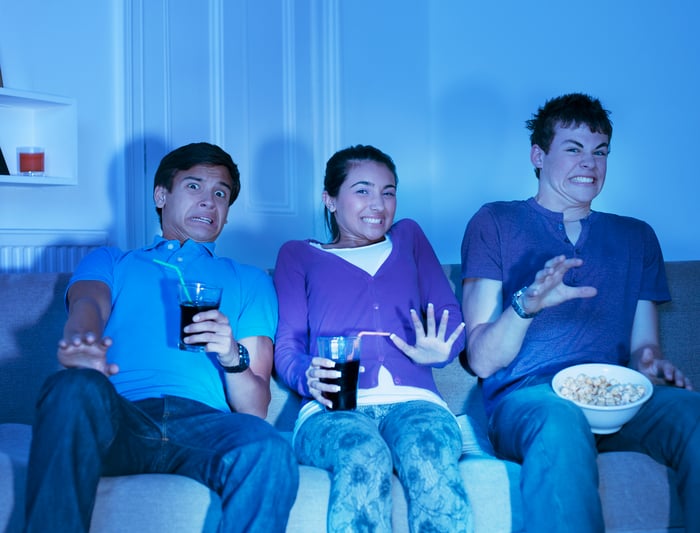 Why Netflix stock remains a buy

As with many established tech companies, it's easy for U.S. investors to view Netflix as a mature entity. However, taking a longer-term view shows that Netflix still enjoys an expansive growth opportunity.

In fact, Netflix's U.S. operations are just beginning to inch toward maturity. The company states that its long-term view sees its U.S. business topping out with somewhere between 60 million and 90 million paying subs.  Its most recent quarter claimed 49.3 million paying U.S. members, and the company expects that figure to grow to 50.2 million in its current quarter. Netflix's U.S. operations alone should therefore still grow somewhere between 20% and 80% to meet management's long-term projections.

Better still, its international segment offers even more upside to support the company's continued revenue and profit growth. According to its most recent earnings release, Netflix had 44.9 million paying international users. Though it's hard to find reliable numbers on how large its total addressable market could become, ABI Research argues that the global pay-TV market will surpass 1.1 billion consumers by 2019. Netflix's international business operates in nearly every country on Earth, aside from China, where it's currently blocked, and a handful of other places. Of course, it isn't clear how much of this market Netflix can capture, but it seems safe to assume it's far larger than its current footprint.

In addition to licensing more content on a global basis, Netflix is working to capture as many paying members worldwide as it can by applying the same original-content strategy it's used to such great effect in the United States. In fact, the company is developing original non-English-language series from Mexico, France, Italy, Japan, and Brazil.

It seems safe to say that Netflix's growth and profitability has plenty of room to expand. Given the vision of Netflix's management, it seems safe to believe the company will continue to grow for many years to come, which is why the streaming giant remains a great stock to own today.