As our lifespans increase in the 21st century, our nest eggs need to provide for a longer time frame. This is a good problem to have, but it does present unique challenges.

In the context of this article, I'm focusing on one key dynamic: how the sudden loss of capital can lead to destructive consequences. That's because retirees draw on their nest egg every year. When forced to sell depressed stocks, the effect is two-fold: The capital itself is gone, but so is hope for any further appreciation. 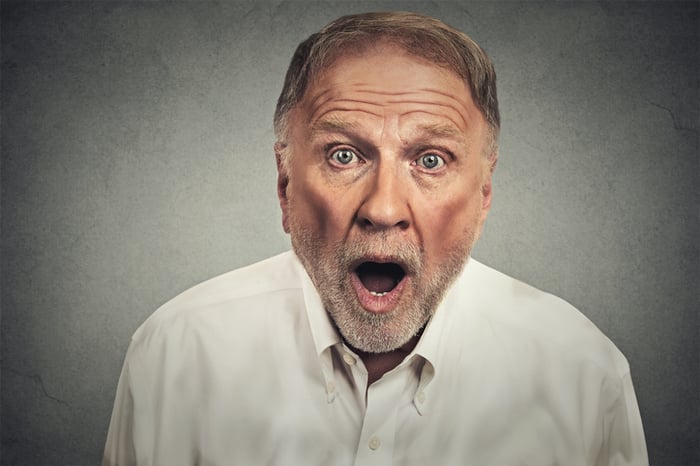 That's an important caveat to mention, because on the face of it, the stock I'm talking about today -- American Tower (NYSE:AMT) -- is a solid holding. The REIT -- which leases out space on towers throughout the world, primarily to wireless communication companies -- has increased its revenue at an impressive clip: almost 20% per year for the last five years. It is also the favorite of many of our services here at The Motley Fool.

And while I think it could be a decent holding in a very well-diversified portfolio, it would be terrible for a set-it-and-forget-it retiree who puts too much faith in the company.

Retirements often last over two decades. Remembering that, here are the two big reasons I believe retirees should look elsewhere for their dividends.

One of the things I look for in an investment is redundancy. That means when shocks hit the company, it can emerge stronger than it was before. There are two key metrics to measure redundancy:

On both fronts, American Tower falls short. Currently, the company has $1.7 billion in cash and equivalents, but over $17 billion in debt. That means in times of stress, its highly levered balance sheet would be a liability.

But it's customer concentration risk that really concerns me. American Tower relied upon AT&T, Verizon, Sprint, and T-Mobile for 21%, 15%, 11%, and 9% of their sales in 2016, respectively. And if we look at the trends, this has been the case for a while.

Think about it: All it would take is one decision by one committee -- or even one person -- at one of these companies to drastically affect both American Tower's business, and its stock price. Sudden downward swings in prices are not a retiree's friend.

Am I overselling the risks?

Of course, you could rightfully argue that American Tower is without substantial peer, that these companies would be foolhardy to abandon American Tower, and its moat is wider than I'm letting on. Many of the contracts in place, after all, are long term in nature.

To that, I would say two things. First, consolidation in the industry is a bad thing for American Tower, but there are hints that it might already be happening. When one more customer is eliminated, the amount paid to American Tower will surely drop.

Second, there are plausible scenarios that could make American Tower obsolete over the next two decades. While several technology companies have experimented, for instance, with beaming down Internet connectivity from unmanned solar drones, who's to say the same couldn't eventually be done for wireless telephony?

The possibility for a leap-frogging technology could undermine American Tower's expansion abroad -- particularly in Brazil and India.

To get my gist, imagine the possibilities that PC makers imagined for international expansion back in the early 2000s. But then, they were leap-frogged by smartphones. Today, virtually all Internet users coming online in emerging economies do so from mobile devices.

The fact of the matter is that American Tower is relying upon the status quo -- in terms of wireless connectivity -- to remain exactly the same. And in today's communications field, that's not a great stance to have.

The company's mission is "to make wireless communication possible anywhere." That's actually a great mission statement, but the company's business is almost entirely dependent upon land-based towers to transmit signals. Such an approach doesn't lend itself to flexibility, adaptability, or the possibility of "multiple futures" in the face changing industry dynamics.

When you're counting on your nest egg to continue providing for you until -- at least -- 2037, I think there are better dividend-paying bets for your retirement dollars.