Please ensure Javascript is enabled for purposes of website accessibility
Log In Help Join The Motley Fool
Free Article Join Over 1 Million Premium Members And Get More In-Depth Stock Guidance and Research
By Jeremy Bowman - Updated May 26, 2017 at 2:43PM

The coffee giant's growth days are far from over.

Starbucks Corporation (SBUX 2.79%) is by far the best-performing restaurant stock of the last generation.

Since its 1992 IPO, the coffee giant's shares are up more than 18,000%, and it is now the second most valuable restaurant chain, behind McDonald's (MCD 1.35%). If Starbucks continues to add another 2,000 stores a year, it's likely to eclipse McDonald's in the next five or 10 years.

Considering Starbucks' blockbuster growth since its IPO, investors may think the party is over. However, the company still has plenty of growth opportunities remaining. Let's look at the three biggest ones. 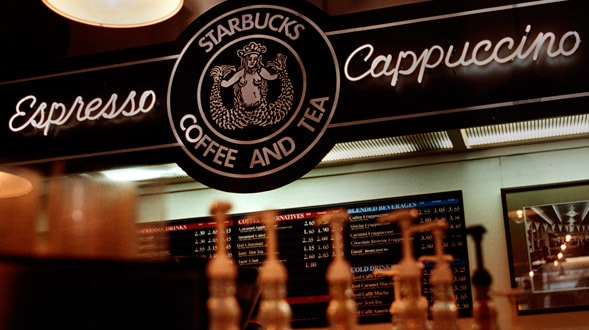 China has long been touted as a giant opportunity for nearly every consumer American brand. The world's No. 2 economy has more than 1 billion consumers and a growth rate of 7%. It will soon surpass the U.S. as the world's biggest economy.

But few American brands have had as much success in China as Starbucks. The coffee chain adapted its model to the famously tea-loving country, designing restaurants with larger seating areas that have made its cafes into high-profile meeting spots. As a result, the Starbucks brand has become an emblem of the aspirational class, as the company has taken advantage of China's love of conspicuous consumption.

Starbucks today has more than 2,500 locations in China, and the company plans to open 500 a year for the next five years. Former CEO Howard Schultz has said he expects Starbucks to eventually have more stores in the U.S. than in China. Comparable sales growth in the region continues to be strong at 7% in the last quarter. Clearly, the company has many years of growth ahead of it in this key market.

Starbucks management has complained in recent quarters about hiccups with its Mobile Order & Pay implementation, the new service that allows customers to order through their smartphone and simply come in and pick up their drink. It has proved so popular that interfered with orders walk-in orders, but that only underscores the future opportunity. Less than two years after its nationwide rollout, already 8% of transactions are taking place through Mobile Order & Pay.

Starbucks will iron out the kinks with the service, and it should eventually help customer service and profits, as it will allow the company to serve customers more quickly and free up store space. In the future, Starbucks could design smaller stores that were set up to cater to mobile orders.

The company considers Mobile Order & Pay to be part of its "digital flywheel." It now has 12 million Starbucks Rewards members, and it recently introduced the My Starbucks Barista app, which can take orders verbally.  All of these innovations allow the company to learn more about its company, creating opportunities to suggest additional items or offer coupons. The digital flywheel will build on its customer relationships and help grow sales.

Perhaps the most exciting growth initiative at Starbucks is its Roasteries and Reserve brand. Dubbed the Willy Wonka of coffee, Starbucks opened its first Roastery in Seattle, where it has quickly become the most visited tourist destination in the city, after the Space Needle. The 15,000-square-foot copper-shrouded space has been described as the ultimate shrine to coffee. Patrons can order coffee made from every kind of brewing technique imaginable, get unique items like a "Shakerato," and even sample an entire affogato menu.

Starbucks plans to open 20-30 such roasteries in major cities around the world where they will serve as tourist destinations that will elevate the brand and anchor the Reserve brand. In addition to the roasteries, Starbucks plans to open more than 1,000 premium Reserve cafes, and add Reserve bars to hundred of its traditional cafes. Doing so will help Starbucks compete with higher-end independent cafes, give the company another growth avenue that avoids cannibalizing its current stores, and act as a brand halo for the company as a whole.

Starbucks expects these innovations and other to drive annual EPS growth of 15-20% for the next five years, which would lead to a doubling in the stock or better. As these opportunities show, Starbucks' growth is far from over.