The chipmaker is trading near a 52-week high after a terrific quarterly report, but investors can expect more upside thanks to these three catalysts.

NVIDIA (NVDA 7.20%) shares soared nearly 18% on May 9 after the company's first-quarter results for fiscal year 2018 blew past estimates, thanks to robust growth in the gaming, data center, and automotive segments. Since then, the graphics chip specialist's post-earnings rally has pushed the stock near its 52-week high.

There's no reason to think that NVIDIA shares will take a breather after rising over 225% in the past year, as the trends in these three businesses indicate that the stock is set for more upside. 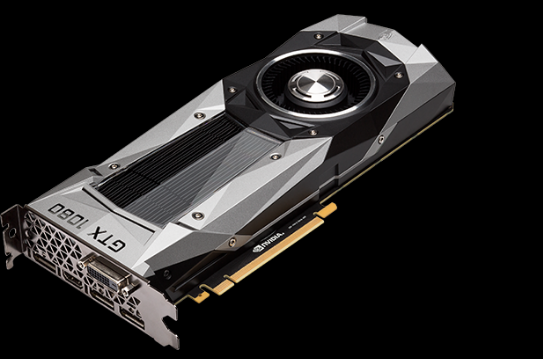 Gaming growth is set to continue

Gaming is NVIDIA's biggest business, accounting for 53% of total revenue, and the company is enjoying tremendous traction. In fact, its gaming revenue jumped almost 50% year over year in the first quarter, driven by a combination of higher graphics cards sales and improved average selling prices.

NVIDIA can sustain this terrific momentum thanks to the secular growth in graphics processing unit (GPU) shipments and placement inside popular gaming consoles such as Nintendo's Switch (the console is powered by NVIDIA's Tegra X1 processor). This should boost NVIDIA's sales, as Nintendo sold close to 1 million Switch consoles in just a month, and believes that it can hit 13 million in sales by April of next year.

Additionally, NVIDIA believes that the demand for high-end gaming systems will remain strong as games become more graphic-intensive and virtual reality (VR) technology goes mainstream. For instance, the company points out that 81% of gamers are interested in VR gaming, which is pushing up sales of its high-end graphics cards and leading to better pricing.

Additionally, the growing craze of e-sports should drive up demand. NVIDIA forecasts that almost 120 million gamers will be playing multiplayer online battle arena (MOBA) games by 2020 as compared to around 90 million last year. This is great news for NVIDIA investors, as a substantial portion of its installed base is still using legacy GPUs that will have to be upgraded in order to run e-sports or VR-focused games.

Data center is on a roll

NVIDIA's data center revenue jumped 186% year over year last quarter to $409 million, making it the company's second-largest revenue stream. The business now contributes over 21% to the graphics specialist's top line, but it won't be surprising if it continues to get better.

NVIDIA's artificial intelligence (AI) based-supercomputer and data center-specific Tesla GPU accelerators are gaining robust traction at major cloud service providers such as Microsoft, Amazon, and Google. Additionally, the company's GPUs are playing a key role in drastically reducing the training time of AI systems, which can then be deployed in high-performance data centers to process a huge amount of complex data in a cost-effective manner.

More specifically, NVIDIA's data center customers can deploy multiple GPUs to achieve what the company says is a five-fold jump in the computational power of their servers, while reducing costs to the tune of 60%. The company's data center business will continue to get better as it is tackling the problem of increasing server workloads, which are driven by a bump in Internet of Things applications such as connected cars.

Not surprisingly, NVIDIA believes that high-performance computing applications will create a $4 billion revenue opportunity by 2020 as enterprise customers turn to GPUs to accelerate the computing power in data centers.

NVIDIA's automotive business is still in its early stages of growth but it has gained momentum in recent quarters. Revenue from this business unit was up almost 24% year over year in the first quarter, thanks to a rapid jump in the number of automotive partners. NVIDIA now has over 200 partners using its DRIVE PX 2 platform as compared to less than 50 in the second quarter of fiscal year 2017.

Looking ahead, NVIDIA is preparing an AI-enabled self-driving car platform -- Xavier -- to improve its chances of tapping the opportunity. The company believes that this new platform will help cars make the jump from advanced driver assistance systems (ADAS), which primarily detect obstacles on the road and inform the driver, to full autonomy.

More importantly, NVIDIA has partnered with the likes of Tesla, Toyota, Bosch, and others to develop its AI-enabled driverless car platform, setting itself up to tap into a market that could be worth $8 billion by 2025.

These catalysts should continue to power NVIDIA's growth and help maintain the stock price momentum.

Teresa Kersten is an employee of LinkedIn and is a member of The Motley Fool's board of directors. LinkedIn is owned by Microsoft. Harsh Chauhan has no position in any stocks mentioned. The Motley Fool owns shares of and recommends Amazon, Nvidia, and Tesla. The Motley Fool has a disclosure policy.