Pandora -- The World of Avatar officially opened for guests at Disney's (NYSE:DIS) Animal Kingdom in Florida this morning. Based on James Cameron's 2009 box office blockbuster Avatar, the new 12-acre expansion to Disney's animal-themed park is going to be a major tourist draw long after Memorial Day weekend.

I went over a couple of reasons why I think Pandora will be a bar-raising addition to Disney World. Flight of Passage -- the more thrilling of the two rides where guests experience riding on the back of a banshee -- raises expectations for what Disney has in store for Star Wars Land on both coasts, come 2019. A hot $50 retail experience where guests adopt a mechanical banshee also bodes well for the merchandising potential of what Disney's Hollywood Studios can do with Star Wars Land and Toy Story Land in a couple of years.

There are many other good reasons for investors to get excited about what's happening at Disney's Animal Kingdom today. Let's go over a few of the other ways that Pandora -- The World of Avatar will make the media giant a ton of money. 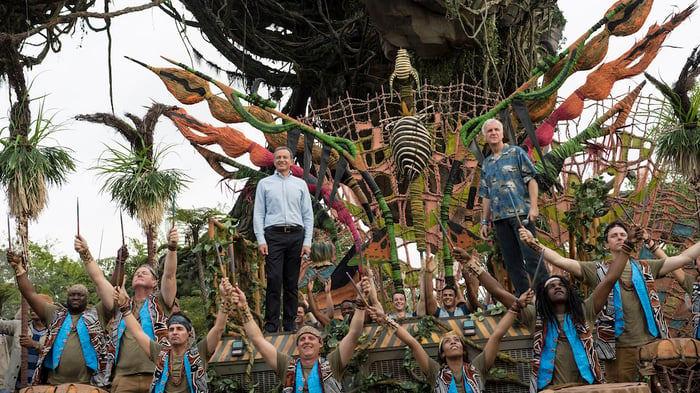 A popular knock during the early years of Disney's Animal Kingdom is that it was a glorified and expensive zoo. There were few rides and a lot of outdoor walking in a place where humid summers and afternoon thunderstorms can take a toll on tourists. There was always plenty of charm to the place, and it's a cult fave of diehard Disney buffs drawn to detailed touches throughout the attraction. However, folks would undeniably leave in droves during the afternoon, and the park itself would close as early as 5 p.m. or 6 p.m. on many nights.

Pandora changes everything. The park will close at 11 p.m. tonight, and that will remain the case throughout the summer -- if not longer. Pandora comes to life at night, with bioluminescent plant life and glowing walkways that invite guests to stay well past sunset. It gets even better for folks staying at a Disney resort hotel, as they get to stay in the park an extra two hours after the 11 p.m. close through the next few weeks. 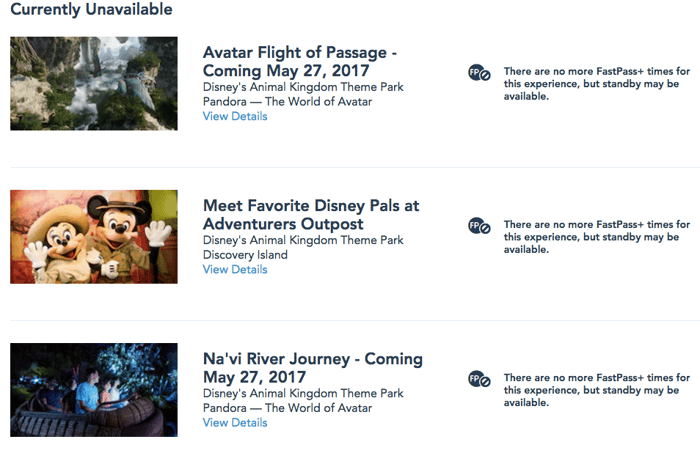 FastPass is hard to get just 30 days out for Pandora's two rides. Image source: Disney.

We already discussed the perk of Disney's Extra Magic Hours, where guests staying at a Disney-owned hotel can stay in the park until 1 a.m. from today through July 4. The perk also stretches to select mornings throughout the week. For example, Disney hotel guests were able to get into the park this morning at 7 a.m., a full hour before it opened for everybody else.

However, another big perk is that folks staying at a Disney hotel can make FastPass reservations -- Disney's high-tech plan where guests can reserve as many as three expedited queues a day in advance -- as far back as 60 days before arrival. Everyone else has to wait until the window narrows to 30 days before the park visit. There is a limited number of daily FastPasses available, and they are rarely available within the 30-day window for Flight of Passage, Pandora's bar-raising 3D flying banshee ride. With the ride's low initial capacity, staying at a Disney hotel may be the only way to secure a FastPass for the thrill ride. Nothing helps the bottom line at Disney's resorts business like high occupancy levels at high rates.

There's nothing quite like fancy new rides and attractions to drum up turnstile clicks for the amusement park industry, and the same is naturally true for Disney's larger-than-life theme parks. Pandora is Disney World's most ambitious addition since at least 2012's New Fantasyland makeover, and many would argue that it's Disney's most inspiring expansion since the opening of Disney's Animal Kingdom 19 years ago.

Folks who haven't been to Disney World in years will likely swing by now to check things out. It's also quite possible that last year's sluggish attendance trends were influenced by people waiting for Pandora to open. There's no excuse now. Pandora -- The World of Avatar is open, and it's a game-changer.