It wasn't just the end of its 37-month streak of keeping its head above water as an IPO. Zoe's Kitchen also posted negative comparable-store sales, snapping its string of quarters of positive comps at 28. There's no shortage of restaurant stocks that have been chiming in with wobbly fundamentals these days, but now even the chain specializing in fresh Mediterranean cuisine has proven mortal. Unfortunately for investors, one streak that didn't end is that this was the fourth quarter in a row in which Zoe's Kitchen either hosed down its top-line guidance or failed to deliver on its earlier outlook. The stock plunged 22% for the week. 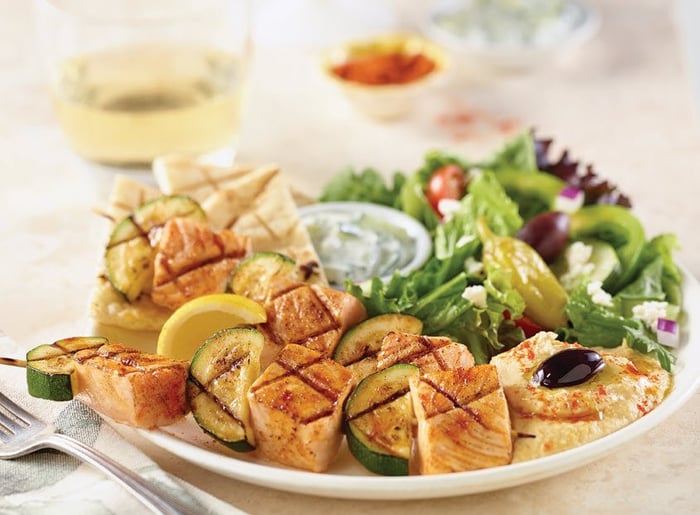 Zoe's Kitchen first quarter was a dud. Revenue climbed 13% to $90.6 million. Most eateries would be thrilled with double-digit top-line growth, but all Zoe's Kitchen gain came from its expansion efforts. Zoe's Kitchen store count has gone from 126 to 161 over the past year with 10 of those new locations opening during the first quarter itself. Analysts were holding out for $92.6 million in revenue.

Comps declined by 3.3%, with Zoe'sKitchen operation profit plunging nearly 40% since the prior year. Zoe's Kitchen reported earnings of $0.01 a share was in line with expectations, something that has happened in three of the past four quarters, but it's not much of a consolation when comps have turned negative and revenue's falling short.

The big dagger that pushed the stock to all-time lows is that the restaurateur is once again slashing its guidance. It now sees $314 million to $322 million in revenue for all of 2017, down from a range of $325 million to $327 million. It sees comps clocking in between flat to a decline of 3%, down from its earlier forecast of slightly positive same-store sales.

It was clearly a bad sign when David Tarantino at Baird downgraded the stock just a couple of days before the report. The call seems brilliant in retrospect, though lowering his price target from $25 to $20 at the time probably wasn't low enough.

He wasn't the only one to temper his expectations on the stock last week. Jason West at Credit Suisse slashed his price target from $18 to $13, doing so after the poorly received report. West feels that competition and cannibalization will continue to be challenges in the near term.

Wall Street has clearly soured on the stock. It's become a dangerous investment to own when earnings season rolls around. The stock took a 12% hit the day after it posted fourth-quarter results, and it dropped 6% and 17% following the two previous reports. I argued last week that Zoe's Kitchen momentum wouldn't turn until it could put an end to hosing down its outlooks while keeping its comps positive. Zoe's Kitchen failed on both fronts, and now it's officially a busted IPO.