Many investors refer to companies in the alcohol, tobacco, and firearms industries as sin stocks, and Altria Group (NYSE:MO) and Anheuser-Busch InBev (NYSE:BUD) are two of the biggest such companies in the world. The Marlboro maker and the beer giant have both produced huge success over time, and they've treated their shareholders well along the way. Now that Altria has a 10% stake in Anheuser-Busch, some investors wonder which of the two stocks has the better prospects going forward. Both companies have plenty of strong promise for the future, but a look at their metrics can show you the information you want to make your own choice about which is the better buy right now.

Between Altria and A-B InBev, the tobacco giant has the far better performance over the past 12 months. Since May 2016, Altria has produced a 16% rise in its share price. Anheuser-Busch, on the other hand, has seen its stock drop about 7% over the same time span.

At first glance, it looks like Altria also offers a much better bargain even after its run-up. When you look at earnings over the past 12 months, Altria has a trailing earnings multiple of just 10, compared to more than 85 for A-B InBev. However, those numbers are unreliable because of the disruptions to regular earnings that stemmed from A-B InBev's acquisition of SABMiller. Altria got a huge capital gain from the sale of its stake in SABMiller that helped push its earnings higher, bringing its P/E down. Meanwhile, A-B InBev had substantial expenses related to the acquisition.

When you look at future expectations, the numbers come closer together. Altria trades at about 21 times forward earnings projections, compared to a forward P/E of 24 for A-B InBev. On these figures, Altria has an advantage, but it's not as big as one might initially think. 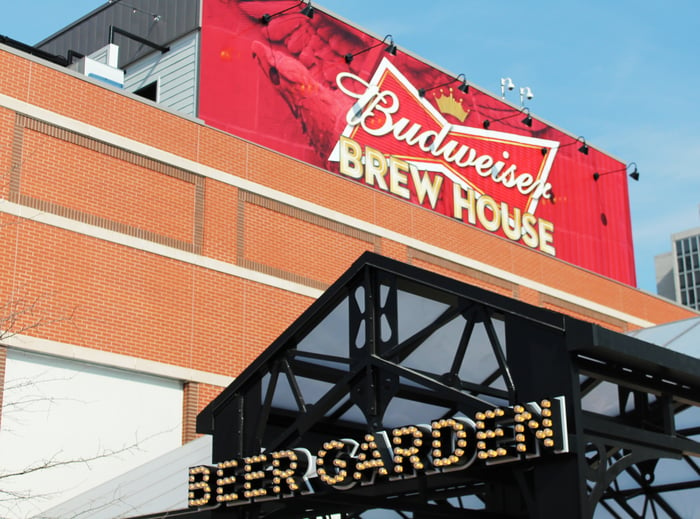 With respect to dividends, both Altria and Anheuser-Busch do a good job of returning capital to shareholders. A-B InBev has the current lead with a dividend yield of 3.6%, but Altria isn't far behind with its 3.4% yield.

Historically, Altria has a longer track record of dividend growth than Anheuser-Busch InBev. Because of its spinoffs of various divisions, Altria doesn't qualify as a dividend aristocrat, but it nevertheless made more than 50 dividend increases over the past half-century. A-B InBev has a seven-year streak of rising annual payouts, and its boosts lately have been larger than Altria's.

In terms of payout ratios, the current disruptions to GAAP earnings make it difficult to assess based on backward-looking numbers. However, again using forward estimates, Altria appears to be more in line with a sustainable model for dividend growth. But a lot depends on whether A-B InBev can grow as quickly as many think it will after the SABMiller merger. All in all, Anheuser-Busch InBev looks slightly more attractive from a dividend viewpoint, but again, the decision is a close one.

Big companies face big challenges, and both Altria and Anheuser-Busch InBev have had plenty to deal with lately. For Altria, the long trend of downward cigarette volume continued during its most recent quarter, falling 2.7% from year-ago levels, which was roughly in line with the overall industry's steady rate of contraction. Still, Altria used its pricing power and cost discipline to squeeze out an 8% rise in adjusted operating company income, and net income rose 15% from the first quarter of 2016. Costs associated with the recall of smokeless tobacco products during the quarter weighed on its near-term results, but Altria anticipates that it should be able to sustain its 7.5% to 9.5% adjusted earnings growth for the full 2017 year. In addition, the potential of reduced-risk products that could one day replace cigarettes is approaching on the horizon, and Altria is doing its part to make sure it stays relevant in a rapidly evolving industry.

Meanwhile, at Anheuser-Busch InBev, core strength in its key brands helped propel the beer maker's financial results in its most recent quarter. Sales were up 7%, with sales of Stella Artois, Corona, and the namesake Budweiser beers helping to lead the way forward. During the quarter, the company got more than a quarter billion dollars in synergy-related savings from the SABMiller merger, and it anticipates even further gains as the consolidation continues. Eventually, A-B InBev expects a total of about $2.8 billion in cost savings, but more importantly, the beer maker sees global demand for its products continue to rise in the near future. That should help to support the company and bolster growth in the years to come.

Altria and Anheuser-Busch InBev are very close to each other in these key metrics, making it tough to pick a winner. A-B InBev has greater momentum right now because of the positive impacts from the SABMiller merger. For now, that gives it the slight nod, but if Altria can find a breakthrough in reduced-risk products, it could quickly turn the tide on the beer maker going forward.