When Costco Wholesale Corp. (NASDAQ:COST) reported its fiscal third-quarter earnings after the market closed on Thursday, investors were looking for updates on the subject of comparable-store sales, the scheduled cardmember price increase, and the retailer's new co-branded credit cards. They were also hoping to see an improvement over last quarter's disappointing results.

In the prior quarter financial release, Costco revealed plans to increase its standard annual membership fee in the U.S. and Canada from $55 to $60, and its executive membership fee from $110 to $120. Those fee hikes will affect 35 million members, and are expected to boost annual revenues by in excess of $175 million, accord to the company. Those increases are to take effect in June, with the resulting gains staggered over the coming 23 months, as members come up for renewal. 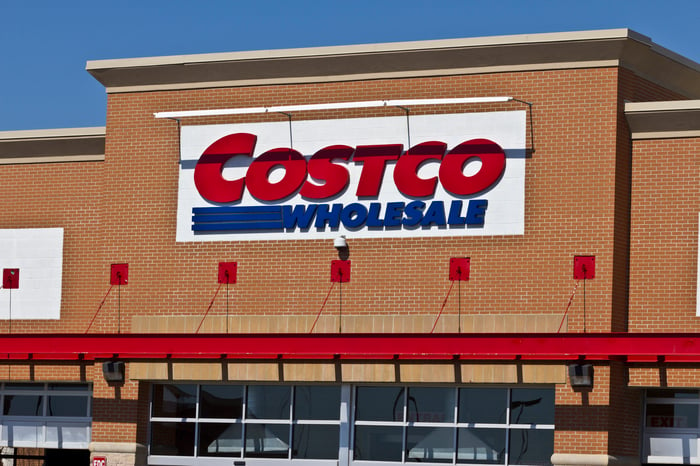 Membership fee income increased to $644 million in the quarter, up 4% from $618 million in the prior-year quarter. Costco continues to see strong membership renewal rates of over 90% in the U.S. and Canada. The company was also happy to report increasing penetration for its higher-priced executive memberships.

Net income for the quarter grew to $700 million compared to $545 million in the prior year quarter, an increase of 28%. Diluted earnings per share increased to $1.59 from $1.24 in the prior year quarter. Factoring out a one-time tax benefit of $82 million (related to the special dividend it is paying Friday) lowers EPS by $0.19, giving it net income of $618 million and diluted EPS of $1.40, still 13% higher year over year.

These results were better than anticipated; analysts had expected to see net income of $1.31 per share on revenue of $28.64 billion. The outperformance was driven by several factors, including members coming in to shop more frequently, and also spending more per trip. The retailer also ended the quarter with 88.9 million total cardholders.

Same-store sales, which measure the results for stores open a year or more, increased by 5% over Q3 2016. Stores in the U.S. posted stronger same-store sales gains, up 6% year over year, while Canada lagged with just a 2% increase. Other international locations reported a comparable sales increase of 4%. The company has opened 12 new locations thus far in fiscal 2017, and expects to open a total of 26.

As alluded to above, Costco issued a special dividend last month of $7.00 per share, in addition to its regular quarterly dividend of $0.50. That dividend is scheduled to be paid on May 26.

Costco also provided an update on the transition to partnering with Citigroup (NYSE:C) on its co-branded credit cards. Last year, when the company ended its longtime partnership with American Express (NYSE:AXP), it transferred 11.4 million co-branded cards representing 7.4 million accounts. Since then, Costco has added 2 million new cards across 1.5 million new accounts. Commenting about the status of the program, Chief Financial Officer Richard Galanti stated, "So far, so good."

Costco checked off all the boxes, showing improvement across a variety of important financial metrics, and strong renewal rates in advance of the cardmember fee increase scheduled to take effect on June 1. Investors appeared to get everything they were looking for from the warehouse retailer this quarter.