Just a little over a year ago, Amazon (NASDAQ:AMZN) stock received its first $1,000 price target. Sanford Bernstein's Carlos Krijner said gross profit expansion would drive earnings higher, and the stock price would follow. At the time, I agreed with Krijner's thesis but said it would take a lot longer than 12 months for Amazon's efforts to have the impact he suggested.

Here's what Krijner got right, and what investors can expect from Amazon stock going forward. 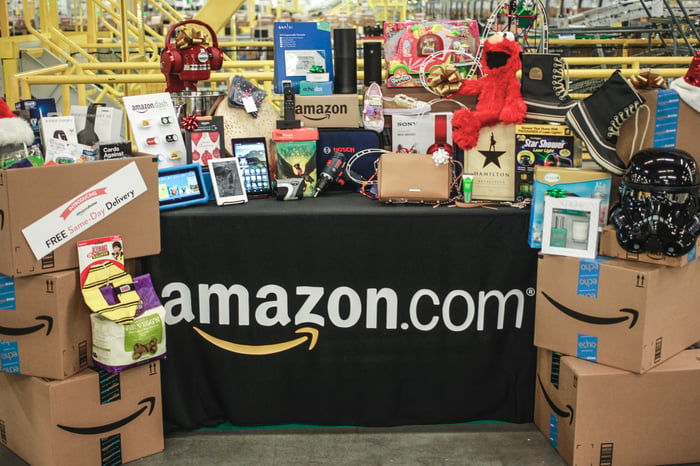 AWS was the biggest growth driver

One of the biggest earnings growth drivers for Amazon has been its cloud computing division, Amazon Web Services. Krijner said it was Amazon's biggest near-term catalyst, and he was dead on.

While growth of the unit has slowed, Amazon still managed to generate 43% more in sales than last year. That's well above the company's overall top-line growth, and AWS now accounts for more than 10% of total revenue.

That said, AWS appears to be moving from two profit growth drivers to just one, as operating margin stabilizes. Competition from Microsoft and Google ought to continue to put pressure on Amazon's pricing, which it can offset as it scales operations. With revenue growth still strong, albeit slowing, AWS should continue to boost Amazon's bottom line nonetheless.

Fulfillment by Amazon is a growing portion of retail sales

Krijner also saw the high-margin fulfillment business as a profit driver for Amazon. Indeed, the growth of Fulfillment by Amazon has been superb, helping Amazon's fulfilled units grow 40% last year.

However, while FBA sales have high gross margin, Amazon has had to invest heavily in fulfillment capacity to support the significant growth in new sellers. Management said active sellers grew 70% last year, and Amazon has to store and organize all of their inventories in its warehouses. Fulfillment expenses increased 27% in the first quarter this year and accounted for 13.2% of net sales (compared to 12.7% last year) as Amazon continues to bring its warehouses online.

So, while FBA is fueling top-line growth at Amazon, it's forcing it to invest more now in order to support that growth. With some of its biggest investments behind it, though, Amazon could see strong operating margin expansion as FBA units continue to grow their share of Amazon's sales.

Krijner was dead wrong about this

Krijner also expected Amazon to slow down its investment in Prime Instant Video. He expected a "modest" 30% increase in video content spend. Instead, Amazon decided to double its content spending in the second half of 2016, just ahead of launching Prime Video globally.

The move could help Amazon attract even more Prime subscribers in its established markets while establishing better brand recognition in markets where Prime is still just a video-only product. It's a long-term bet that Amazon expects to result in continued sales and Prime membership growth for years to come.

In the meantime, that means cutting into gross profits. Prime video is a huge loss leader for Amazon, and with spending remaining elevated throughout 2017, investors should expect it to drag on profits.

Overall, it's been a great 12 months for Amazon. The next 12 months look equally promising as there's potential for fulfillment expenses to level off and Prime membership to grow considerably following its global expansion.