Shares of oil and gas explorer Whiting Petroleum Corp (NYSE:WLL) dropped as much as 10.5% in trading Tuesday after being downgraded by an analyst. At 12:30 p.m. EDT shares were still trading 9.6% lower on the day.

Analysts at Goldman Sachs lowered their rating on Whiting Petroleum stock from neutral to sell, and estimated the company would lose $0.54 per share this year, $0.06 lower than their previous estimate. Lower oil prices are anticipated to be a headwind Whiting can't overcome, and not only will it squeeze margins, but it will make it harder for the company to borrow money at attractive rates. 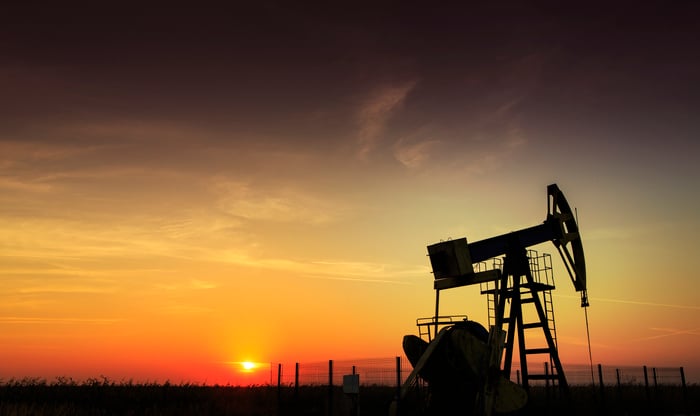 Over the last couple of weeks we've seen oil prices fall below $50 per barrel on lower-than-expected cuts to OPEC's production. Rising oil prices had made some investors more bullish on oil stocks recently.

Whiting Petroleum has lost money each of the last two years, and with losses expected again this year, It's hard to see value in the stock. If oil prices don't see a big recovery, the whole shale industry could be losing money. This downgrade has sent shares lower today, but I still don't see any value in the stock and would stay away until the energy market overall makes a much more sustainable recovery.