It seems as if everything that Snap (NYSE:SNAP) does with its popular Snapchat platform, Facebook (NASDAQ:FB) will promptly replicate and deploy to its much larger user base (across all of its properties). After a few fumbled attempts like Slingshot and Poke, Facebook's mimicry has finally gained some momentum, which is putting a dent in Snapchat's user growth already.

But Snap may have a surprisingly effective defense up its sleeve -- at least according to one analyst. 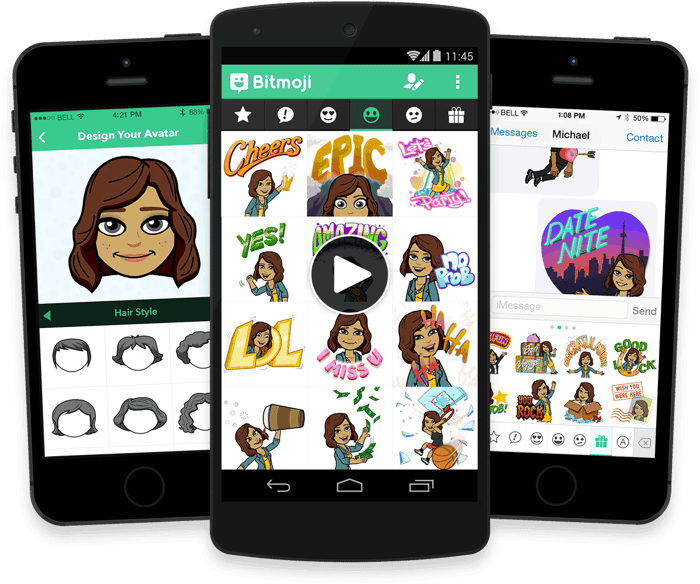 Bitmoji to the rescue?

Bitmoji are customizable personal emojis that users can create and use in Snaps or other forms of social media and messaging. Users can design a cartoon version of themselves that can be displayed in a wide range of expressive scenarios. Snap acquired the company, Bitstrips, last year for roughly $64.2 million. Bitmoji are one of many creative tools that Snap offers for users to create content. It's also a stand-alone app, currently the No. 2 free app in the App Store.

Cakmak believes that Bitmoji, along with other creative tools, will help Snap create entirely new types of advertising opportunities as well as improve its ad-targeting capabilities, a critical area where Snap is lagging rivals. Snapchat now allows users to automatically convert their friends' profile pictures into Bitmoji versions, and the analyst believes that Bitmoji could help bolster long-term user engagement.

"We never thought we'd say this, but don't underestimate the Bitmoji," argues Cakmak.

The notion that Bitmoji could be some unassailable competitive advantage is rather absurd. For starters, it's unclear how important Bitmoji are to Snap directly, or how often Bitmoji are used within Snaps. As a stand-alone app, Bitmoji's sustained ranking speaks for itself, but as a stand-alone app, the personalized cartoon versions of users can be used just about anywhere, offering no competitive benefit that's exclusive to Snapchat.

Even if Snap were to make Bitmoji exclusive to its platform, it wouldn't be hard for Facebook to simply replicate a similar offering (and probably do a better job, considering the vast developmental resources at Mark Zuckerberg's disposal).

It's probably worth pointing out that Cakmak's initial buy rating on Snap from March was a bit bizarre in the first place, given that he claimed Snapchat is effectively "a software-enabled portal" and that camera technology hasn't made any meaningful advances in the past four decades. The analyst's revenue prediction of $4 billion in sales by 2019 is also pretty rosy.

If anything, the fact that Facebook has not copied Bitmoji yet speaks volumes. The larger social network probably realizes that copying it is not a priority.