Looking for a few stocks that hold massive upside potential? Our team of experts thinks you should check out Novocure, Textainer Group Holdings, and Sony.

While we Fools usually invest for base hits, we do recognize the value in swinging for the fences every now and again. So, what stocks do we think could turn out to be home-run investments from here? We asked that very question to a team of Fools, and they picked Textainer Group Holdings (TGH -1.59%), NovoCure (NVCR -2.49%), and Sony (SONY -1.04%). Here's why.

Just about to turn the corner

Matt DiLallo (Textainer Group Holdings): Shipping container leasing company Textainer Group Holdings has endured its share of challenges in recent years. That's clear by taking one look at the stock's performance -- its down nearly 75% over the last three years. However, the headwinds that had been pounding the stock appear to be abating. Better yet, a potentially fierce tailwind seems to be developing, which could send this stock skyward. 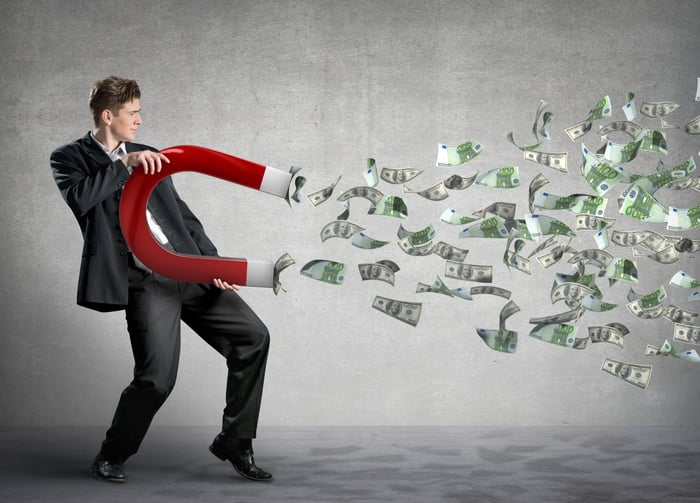 The early signs of a turnaround at Textainer Group Holdings were apparent in the company's first-quarter earnings report, where it recorded the first sequential increase in container lease rental income in two years. The company expects the positive trends that drove that improvement to continue because global trade growth has started to recover, which has tightened capacity for available containers. More tightening could be on the way according to the view of rival container leasing company CAI International (CAI). The company's CEO Victor Garcia noted that, "the current equipment supply constraints will persist longer than is currently expected or understood, and may have a material effect on the supply and availability of containers to the shipping lines and their customers." Because of that, it may "create a container shortage" this year, which could send lease rates and container prices skyrocketing.

If that scenario plays out, it could drive a significant rebound in Textainer's earnings, which would likely send its stock skyward. That said, this upside isn't without risk since Textainer has a mountain of debt along with several other issues to work out. Because of that, investors need to weigh the danger of the possibility that this stock could continue sinking before betting on the potential for a massive gain.

Is this the future of cancer treatment?

Brian Feroldi (NovoCure): For decades, healthcare providers have relied on radiation, chemotherapy, and surgery as the primary tools to fight cancer. However, each of these treatment options comes with unwanted side effects that make them unattractive for scores of prospective patients.

NovoCure is a medical-device company that's attempting to offer patients another alternative. The company created a wearable device called Optune that constantly emits low-intensity electrical fields directly into the body. These electric fields can't be felt by the user, but studies show they disrupt cell division in cancerous cells. That means some patients can now fight their cancer without having to worry about side effects.

The Optune might sound like science fiction, but it has actually been available for sale for a few years. NovoCure initially obtained FDA approval for the device in 2011 and has since won label expansion claims. The device is currently approved to treat glioblastoma, which is a deadly form of brain cancer, but the company has several late-stage studies in progress that could expand the indication into other cancers of the pancreas, lungs, ovaries, and more.

NovoCure got off to modest start with the commercialization of Optune, but it has since made a lot of progress with getting healthcare providers, patients, and insurers on board. Last quarter, the company's revenue jumped 167% to nearly $35 million. Better yet, Wall Street is projecting that full-year sales will more than double to $172 million for all of 2017.

While NovoCure is still losing money, there is clear evidence that demand for Optune is really starting to take off. If the company can keep its top line growing at a break-neck speed, then it wouldn't surprise me to see this stock double in the not-too-distant future.

Sony could win this game

Rich Smith (Sony): Shares of Sony (SONY -1.04%) have already doubled the return on the S&P 500 over the past year, but can this stock keep going up? Could it even double your money?

Even after its stock has surged over the past year, Sony stock remains priced at just $35 and change, which means Sony as a whole has a market capitalization of only $44.8 billion. Now, while that sounds like a lot in light of the company's GAAP profits being only $660 million (for the past year), it's actually not a very high market cap for a company generating cash profits at the rate of $4.3 billion a year (as Sony has over the past 12 months).

What's more, Sony's cash profits are growing. Powered by a dominant gaming division that has grown its revenues more than 50% over the past five years and outsold Microsoft on gaming consoles by more than a two-to-one margin, Sony has more than tripled its profits since 2012.

What does this mean to investors? In 2016, Sony generated positive free cash flow of $3.3 billion. Thus, its 2017 cash haul represented 30% growth. Over the next five years, analysts who follow Sony stock expect to see profits grow at an annual rate of 18% as Sony continues to reap the rewards of its dominant position in gaming. That's a very fast pace for a stock that costs only 10.4 times trailing free cash flow.

3 Growth Stocks That Could Soar More Than Nvidia

Can Sony Win the Wearables Market?