The mobile video game specialist is turning the corner after a few bleak years, thanks to tight cost controls rather than hugely successful new launches.

Shares of online video game maker Zynga (ZNGA) rose 21.8% in May 2017, according to data from S&P Global Market Intelligence.

Zynga delivered a solid first-quarter earnings report right at the start of May, beating analyst estimates with a net loss of $0.01 per share on sales of $194 million. The maker of popular game titles such as Farmville and Words With Friends followed up with better-than-expected guidance for the next quarter, as rapid growth of Zynga Poker revenues is making up for lower advertising sales. 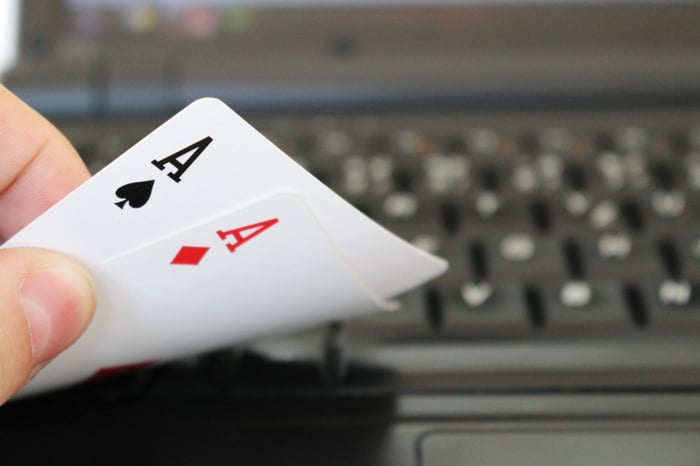 The company is doubling down on online multiplayer games and other real-time services, which also helps Zynga control its operating costs -- developing new titles can be expensive, compared to simply pushing harder to promote the existing catalog.

Piper Jaffray analyst Mike Olson upgraded Zynga to a buy near the end of May, noting that most of the company's current management team came in with turnaround experience from their days at Electronic Arts (EA -0.79%). They are using similar business-improvement tactics for Zynga right now, and you could certainly find worse role models to emulate: 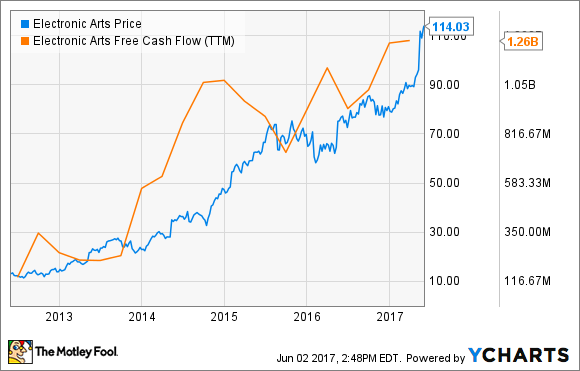 Zynga investors have not needed a poker face in 2017, keeping pace with EA's 44% year-to-date gains. And it's starting to look like the good luck is here to stay. One of these days, Zynga might even start turning a sustainable profit.